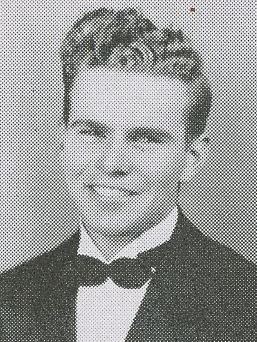 William “Bill” Lawrence Killian was born in 1920 in South Carolina, son of Joseph Arthur Killian Jr. and Sarah Maude Thompson.
He attended the university of Tennessee for one year and entered the service on 15 April 1942. He was killed in action 13 January 1945 and officially declared dead in 14 January 1946

Statement from 1st Lt Lowell H. Morrow
Shortly after leaving the target, I led my flight into No. 2 position under No. 1 flight. When we were over Laguna de Bay, the No. 2 man in the first flight opened his bomb bay doors and salvoed his para-frags, I immediately radioed the No. 2 to cease dropping and as I did so, I looked at Lt Vedo, my right wing man, the frags were dropping very close to his canopy and right wing.
Although I didn´t see any bombs hit Lt Vedo, he immediately left the formation. I called the Squadron leader and we circled back. I spotted the plane in the water about 1 mile off shore east of Sta Pedro. The tail was still out of water and one man in the life raft paddling away from the plane with his hands. Directly aft of the tail appeared to be another man swimming toward a square object which may have been a parachute.
We circled back and No. 1 and 3 flights continued on course to the base. I remained behind with Lt Alland my left wing man and called playmate 11. I never received as my No. 1 receiver was inoperative.
I never saw the raft again after the first time. The rain from the east made further search impossible so I left the area. On my way back I called Playmate 11 several times as I thought the high mountains between Laguna de Bay and Ambil Island may have been cutting down on the receiving of my transmission. On landing I had my 4475 transmitter checked and it was OK.

The Knoxville News-Sentinel, January 20, 1946
Cpl. William L. Killian, 25, who was reported missing on Luzon Jan. 13, 1945, has been declared dead by the War Department, his mother, Mrs. Joe A. Killian, 1634 Laurel Avenue, has been notified. The former TVA employe entered the Air Force in 1942 and had been overseas only four months when reported missing in action. He has been awarded the Air Medal posthumously for “meritorious service” at Clark Field, Luzon, on Jan. 7, 1945.
A Knoxville High School graduate, he attended U-T, where he was a cheerleader in 1941-1942. He was a member of First Presbyterian Church. He is also survived by two brothers, Joe A., recently returned from the Philippines with the Seabees, and J.T., and a sister, Marian.

Picture from the University of Tennessee Yearbook 1941. 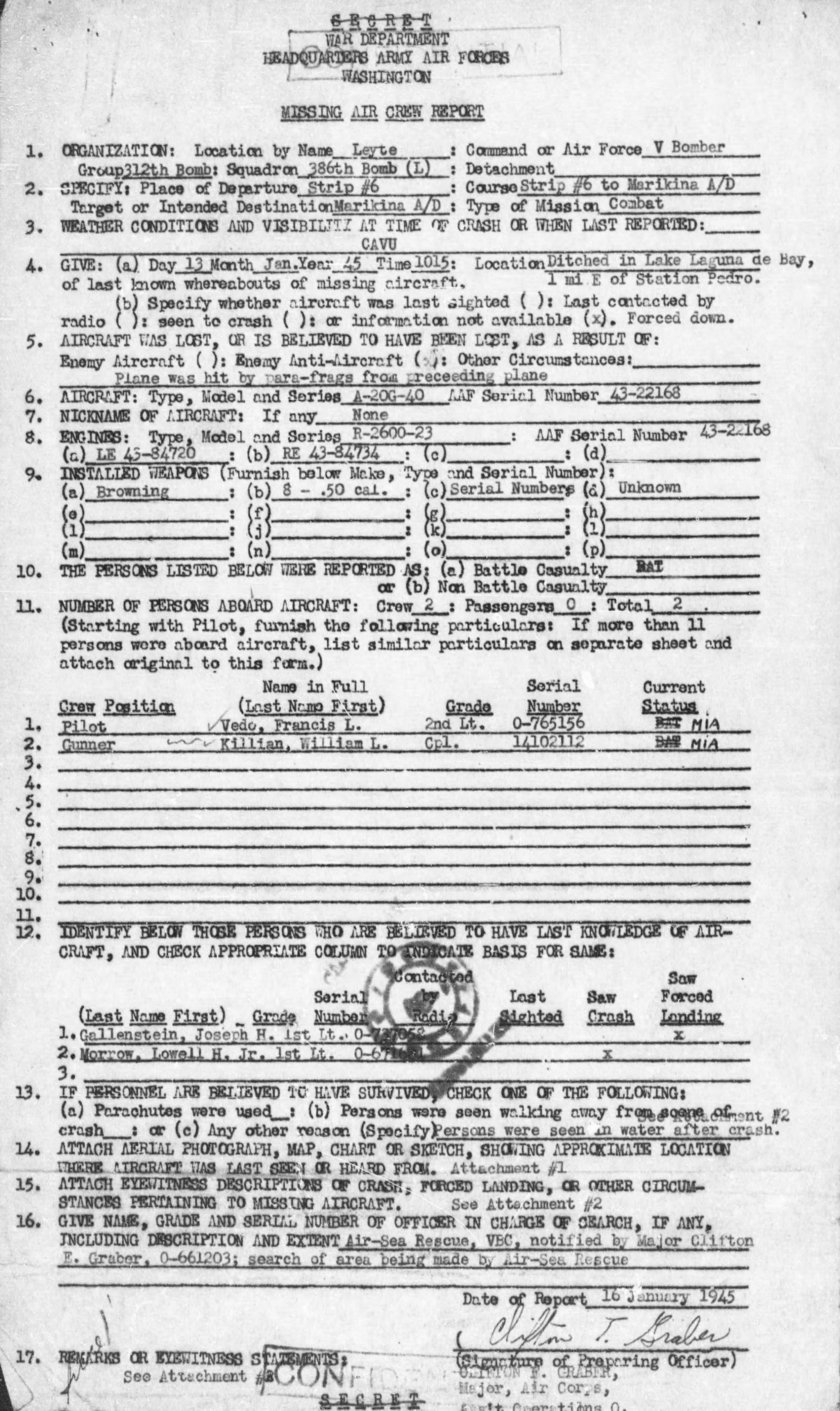 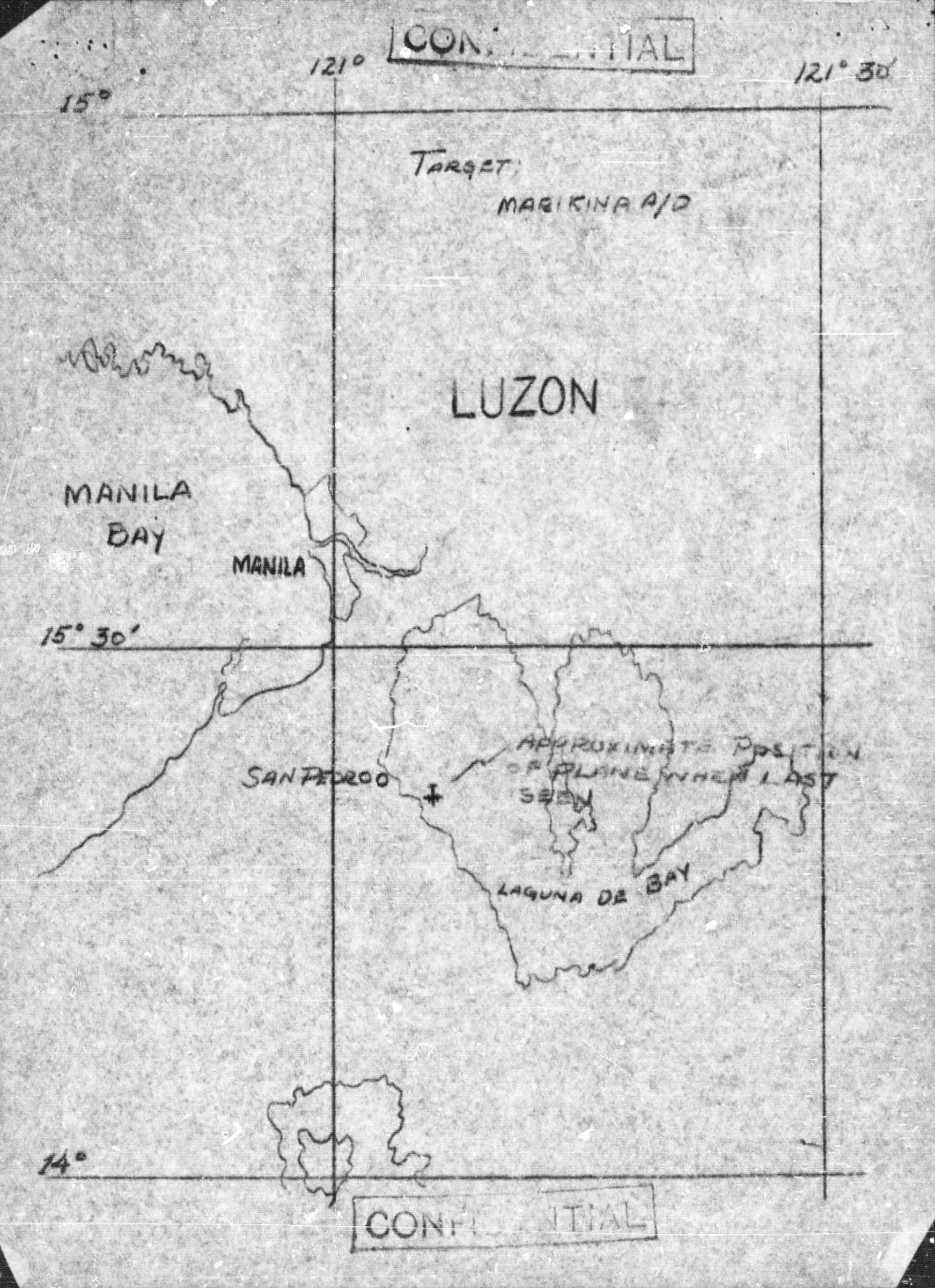 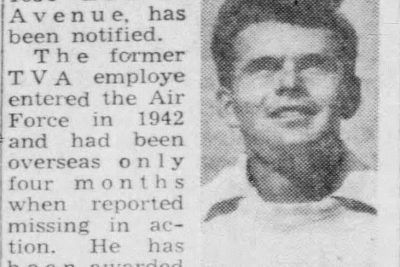