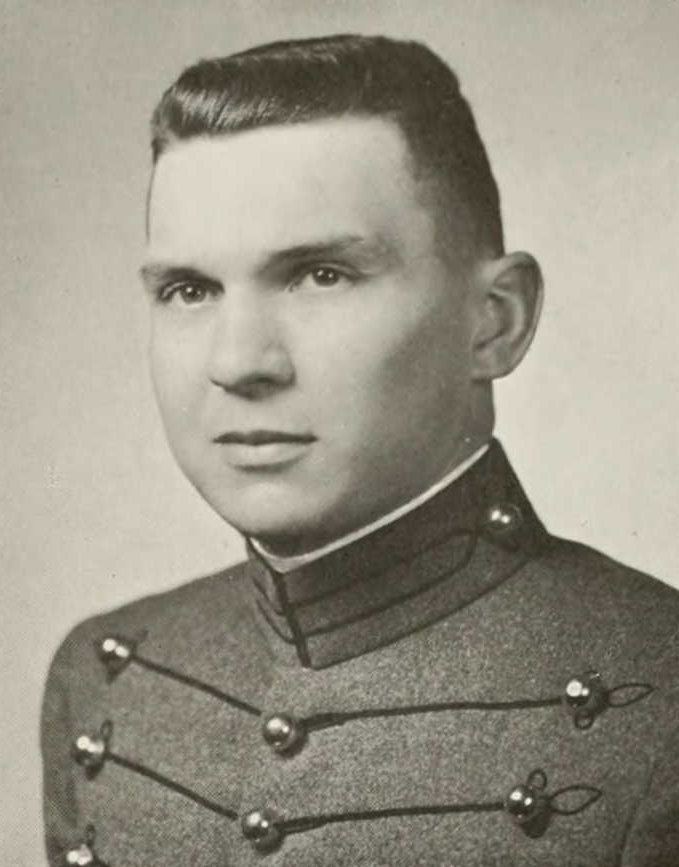 Bill Johnson must have been born with OD blood in his veins, for he was solid Army all his life. As an “Army brat” he traveled and lived in many parts of the United States and Europe. Over the years he came to know the Army and the soldiers who served in it, and through this knowledge came a love for the Army and a strong desire to serve his country. It was only logical then, that after graduation from high school Bill would seek admission into West Point and the beginning of a service career.

Bill was quite successful as a cadet. This success, however, was flavored by an impatience born of anticipation and a desire to don the gold bars and crossed rifles of an Infantry Lieutenant. He could have had a much easier time at West Point had it not been for his roommates. Bill was never in danger of being turned out himself, but he was not spared the anxiety of that ordeal, for he coached and encouraged one roommate through four turnouts. He never walked a tour on the Area, but, again, his roommates made sure he knew how a “century man” felt after an afternoon on the Area.

Sports played a large part in Bill’s life before he came to the Academy, just as they did during his cadet days. He took an active part in company intramurals all four years, and was one of the Army teams’ staunchest supporters. His desire for victory on the playing field was surpassed only by his desire for victory in life.

Bill did well in all academics and was asked to return to the Academy as an instructor, an assignment that was to have become effective after his tour in Vietnam. He had also stood well with the Tactical Department, having served as a “Cow” corporal and a First Class Lieutenant, but he was no file-boner. He enjoyed the respect of his subordinates as well as his superiors in every job he held. It became apparent to all of us who knew him as a cadet that he did all things well, even those he didn’t particularly like. By the time graduation finally came, we all knew that Bill had, in large measure, that vital product which West Point and the Army attempt to instill — leadership.

After graduation Class of 1960 and attendance at the Infantry Basic, Airborne, and Ranger courses at Fort Benning, Bill joined the 504th Infantry of the 82d Airborne Division at Fort Bragg. Here his already established reputation continued to grow. He soon became known throughout the division as an officer with an extraordinary capacity for hard work and hard play. When there was a job to be done, Bill knew no quitting time. When the job was done, Bill knew how to relax. He was one of the most popular officers in the division, on duty and off.

Bill commanded the same respect as a Lieutenant as he had as a cadet at West Point. Subordinates found him a demanding leader but one with a sympathetic ear. His troops sought his help in all matters and found in his common sense and loyalty the answer to many of their problems. There was a special pride in being a member of Lieutenant Johnson’s platoon, and he never let his men forget that they were Airborne troopers, and because they were, he expected more of them.

Nor were Bill’s superiors unaware of his special talents. He moved up quickly from one job to another. It always seemed that if the job were tough, the hours long, or the outfit in need of straightening out, Bill Johnson was the man for the job. He held all jobs in his rifle company with the exception of Company Commander. He later commanded the battle group assault gun platoon, and he kept Headquarters Company running smoothly.

At this point in his career Bill decided he wanted to fly some of those airplanes he was jumping from. At flight school he had only one difficulty he couldn’t tell whether he was two feet or fifty feet off the ground whenever in came in for his landings. This handicap caused Bill and the flight program to part company. Although this was a disappointment for Bill, there were those of us who were secretly and selfishly a little glad. We preferred having him down on the ground with us.

Bill’s next assignment was Fort Polk where he took command of a training company. With his characteristic tendency toward success, he was soon moved up to regimental S3, and during his last year and a half there he served as aide to the commanding general. It was while he was stationed at Fort Polk that Bill married the charming Caroline Campbell whom he had met at West Point during his first class year.

From Polk, Bill went to the career course at Fort Benning, always one of his favorite posts. He enjoyed the course and again did well, graduating as an honor student. Both he and Caroline enjoyed the social life and were popular with classmates and friends. It was appropriate that while at Fort Benning, Home of the Infantry, the Johnsons were blessed with a fine son, Mark Kevin, born on 12 October 1964.

The year at Benning had been a good one for Bill, but now he was ready for new challenges. He was especially anxious to test his years of preparation and training in combat. In preparation for an assignment to viet, Bill was sent to the MATA course at Fort Bragg where, according to his usual custom, he graduated near the top of his class. In viet, Bill was assigned as advisor to an ARVN Ranger battalion, an assignment well suited to his training and to his aggressive nature. It was when this battalion was overrun by the Viet Cong on 25 October 1965, somewhere near Tuy Hoa, that Captain Bill Johnson was killed in action.

Bill died the way he would have wanted — serving his country in combat. He knew his job well, and he had confidence in his ability. He knew what he was doing in viet, and he was always very proud to be an American. He loved the Army and his country. All of us who know him will always be inspired to a higher order of patriotism because of Bill’s example.

Bill was buried with full military honors at Arlington national Cemetery on 3 November 1965. He is close to friends and classmates already on duty there. He awaits all those who will follow him in faithful service.

When Bill was buried he wore the Combat Infantryman’s Badge, an award he always admired and respected. For me, the CIB is now a more worthy symbol for Bill’s having worn it, just as the Army is a better institution for his having served in it. All who know Bill will always remember him as a loyal friend, a patriotic American and a fine soldier. 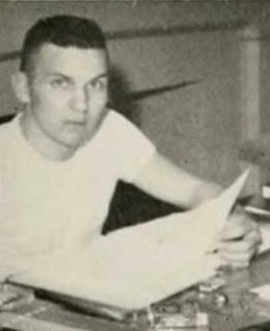