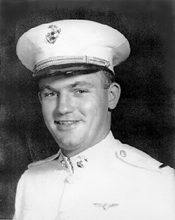 William Knox Garmany
Missing in Action – Presumed Dead
Captain Garmany was a veteran of World War II. In Korea, he was the pilot of an F4U-5N Corsair night fighter with the Marine Night Fighter Squadron 513, Marine Air Group 12, 1st Marine Air Wing. On July 13, 1951, while flying a combat mission over the Sibyon-ni Area, South Korea, contact with his aircraft was lost and he was listed as Missing in Action. He was presumed dead on December 15, 1953. His name is inscribed on the Courts of the Missing at the Honolulu Memorial. Captain Garmany was awarded the Purple Heart, the Combat Action Ribbon, the Korean Service Medal, the United Nations Service Medal, the National Defense Service Medal, the Korean Presidential Unit Citation, the Republic of Korea War Service Medal and the World War II Victory Medal.

The Chattanooga Times, December 18, 1953
Capt. Knox Garmany, Marine Corps fighter pilot reported missing in action in Korea July 15, 1951, has now been listed as killed in action, his parents, Mr. and Mrs. Ralph P. Garmany of 816 Mississippi Ave., have been informed. The telegram from Gen. Lemuel C. Shepherd Jr., USMC, commandant, came yesterday. Capt. Garmany’s wife, Mrs. Mary Williams Garmany, and their two children, Malcolm and Marcia, reside in Atlanta. His sister, Miss Mary Jane Garmany, lives here. Capt. Garmany, who had been a World War II pilot, was recalled to active duty in October of 1950 and sent to Korea in June of 1951. He was attached to the Marine All-Weather Fighter Squadron No. 513, Aircraft Group 12. Flying a Corsair B4-U on a night mission, he was shot down over Sibyonni, 23 miles beyond Kaesong, on the following July 13. Members of his squadron reported that his fighter was seen to explode at 2:58 a.m. and a wrecked and burned plane was sighted in the area later. His mother said that no further information, official or otherwise, had ever been obtained by the family, and apparently no one in any prison camps had ever heard even his name mentioned. William Knox Garmany was 28 years old. He was a graduate of Chattanooga High School where he played football, and of Georgia Tech. He was employed by the Tennessee Valley Authority in Knoxville before his recall to Military duty.

Picture below from the Georgia Institute of Technology, Atlanta, Georgia Yearbook 1949 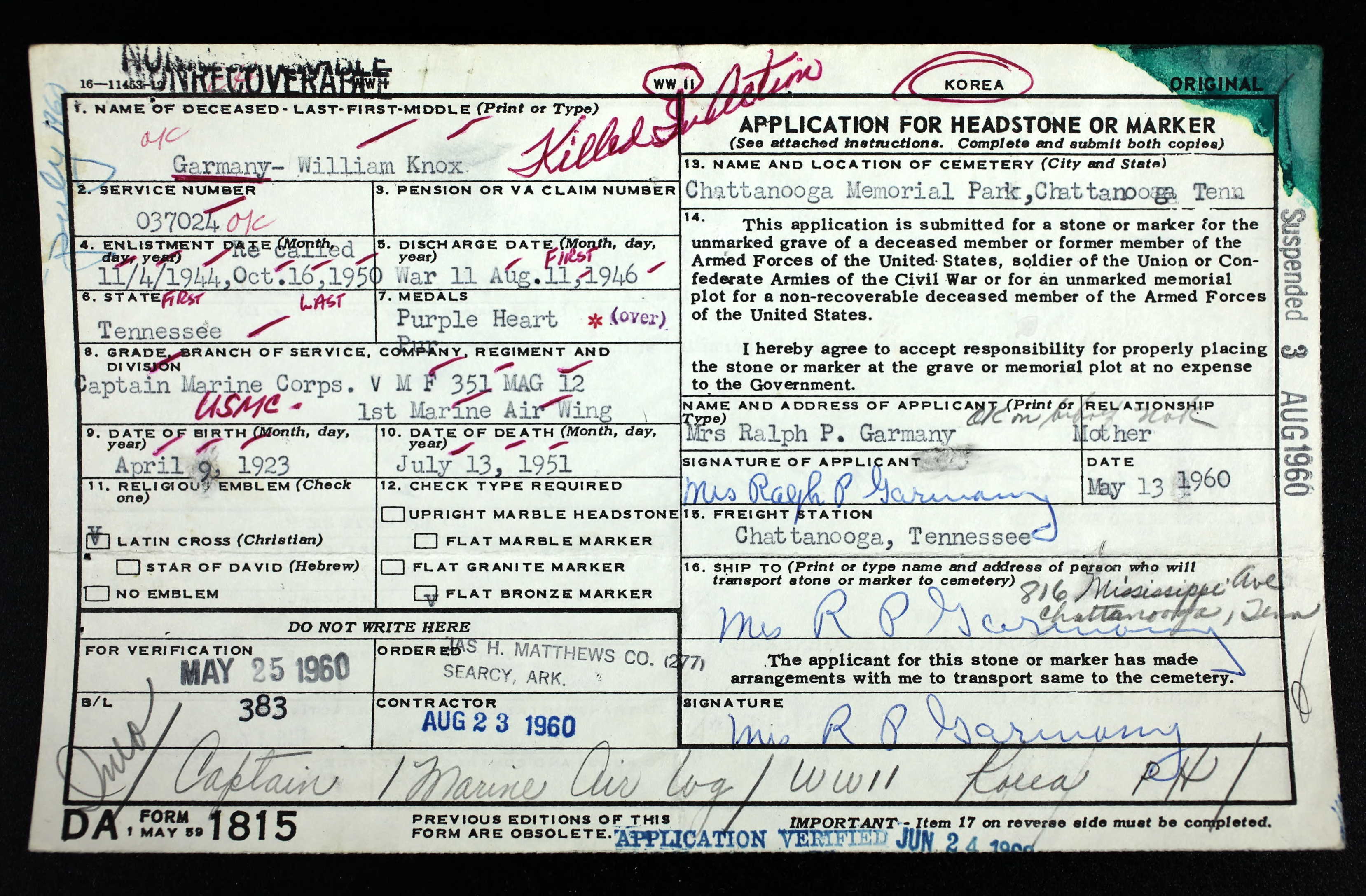 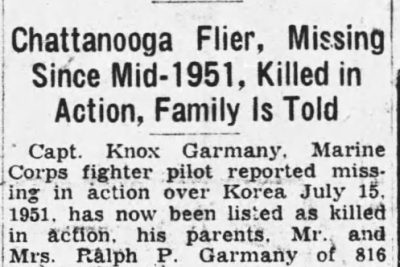 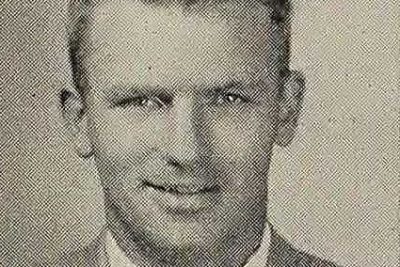