Born on 11 June 1917 in Tennessee. Son of John Wray of Downingtown.At the time of his enlistment on 5 June 1941 he resided at Chester County, Pennsylvania. He is buried in Tennessee.

“William Jack Wray served with the First Special Service Force (FSSF) during WWII. He was an original member of the FSSF training at Fort William Henry Harrison near Helena, Montana.  William J. Wray was killed on 4 December 1943 in Italy at the Battle of Monte La Difensa. Apparently the family had been living in/near Downington, PA and had moved back to Tennessee around the time of his death.

I have not been able to locate where he is interred nor locate any family members. I am hoping to find the final resting place for this soldier and any information that can be had.

In July 2013, the Congressional Gold Medal was awarded, collectively, to the First Special Service Force in recognition of its superior service during World War II. On February 3, 2015 surviving FSSF Veterans were in Washington DC to accept this momentous recognition on behalf of their fellow Forcemen who could not be there.

The Johnson City Press, June 16, 1949
Shouns, June 16 – The body of Staff Sergeant William J. Wray, who was killed in Italy December 1, 1945, arrived at 10:40 a.m. today on train No. 46 in Bristol. Members of the family and representatives of service organization are schuduled to meet the train and accompany the body here. Funeral will be at 2 p.m. Friday at Croan Creek Baptist Church. Burial will be in the Wagner Cemetery with military honors accorded by the American Legion and Veterans of Foreign Wars. Survivors are the father; two sisters, Mrs. Joe Arnold and Miss Margaret Dunn; and a brother, Bill Dunn, all of Neva. Sergeant Wray was born June 11, 1915. He entered the armed forces in 1941. The Purple Heart was the only medal he sent home. 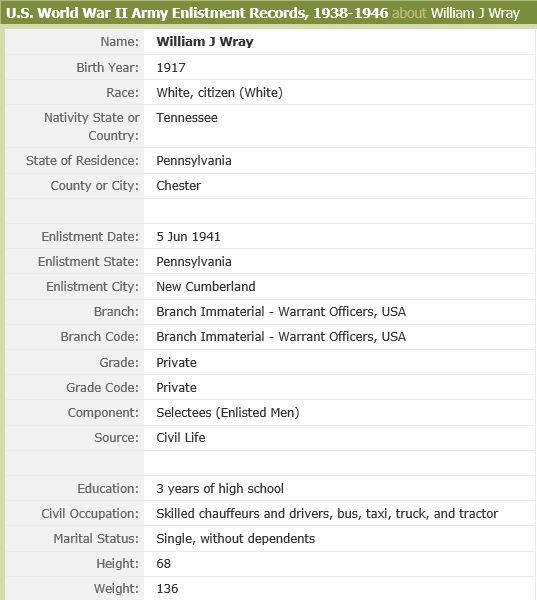 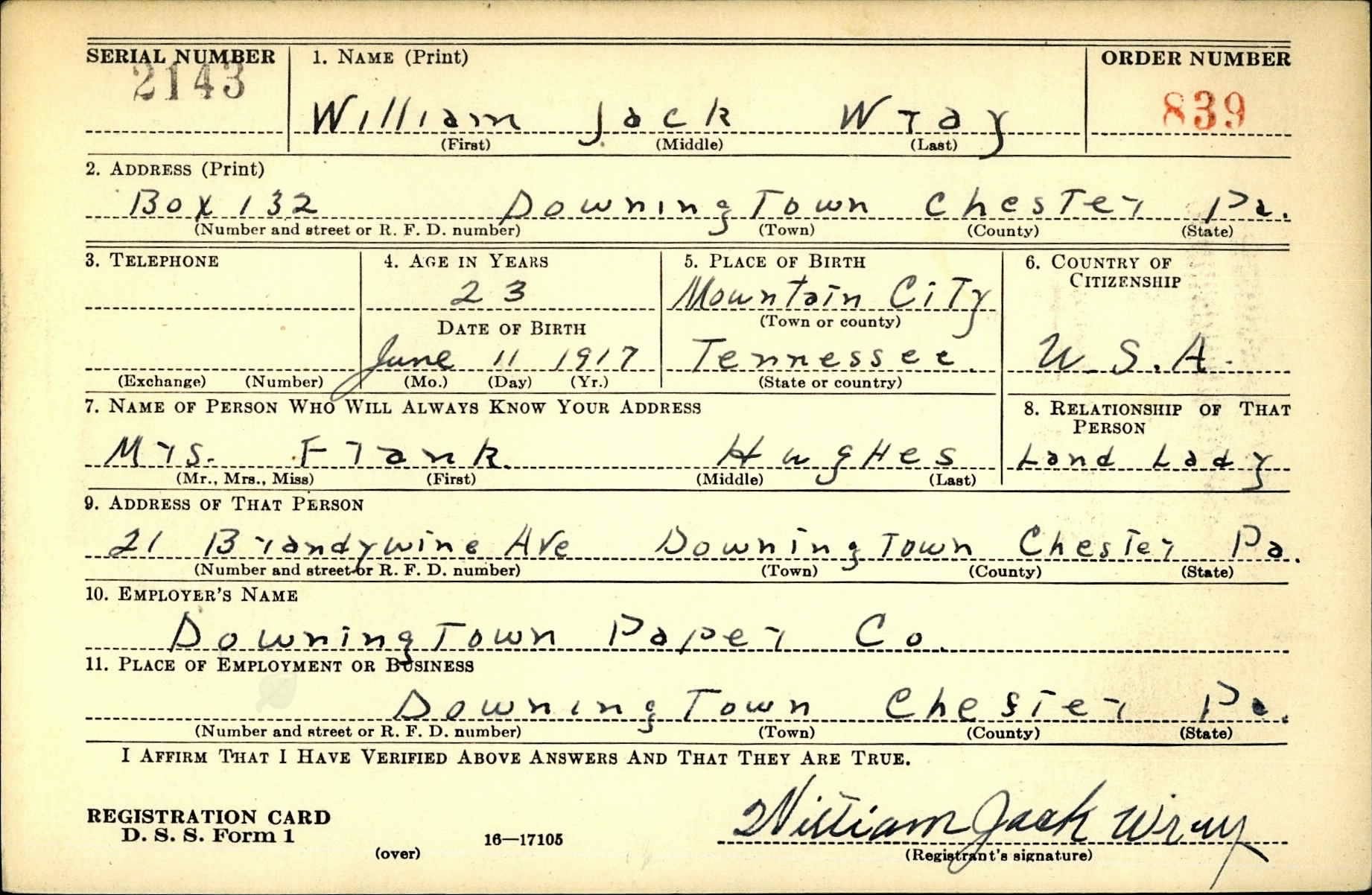 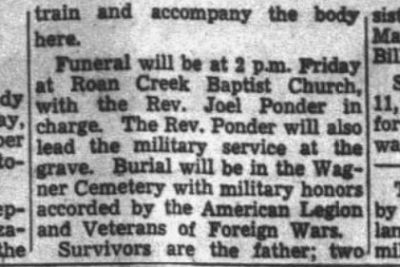