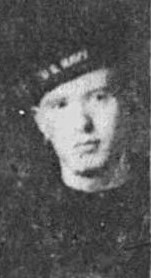 He served on the U.S.S. LCT Flotilla six – Division 36. His muster roll shows that he entered the service from Chattanooga, TN.

The Knoxville Journal, January 9, 1945
Seaman First Class William John Greer, 20, of Route 4, Rutledge, died Oct. 4 of wounds received in action and was buried on an island somewhere in the Pacific the War Department has notified his parents. A farmer, Greer entered the service Dec. 17, 1943 and had been at sea nine months when word was received of his death.
His sister, Mrs. Eugene Hodge, lives at 112 Hoitt Avenue, Knoxville. 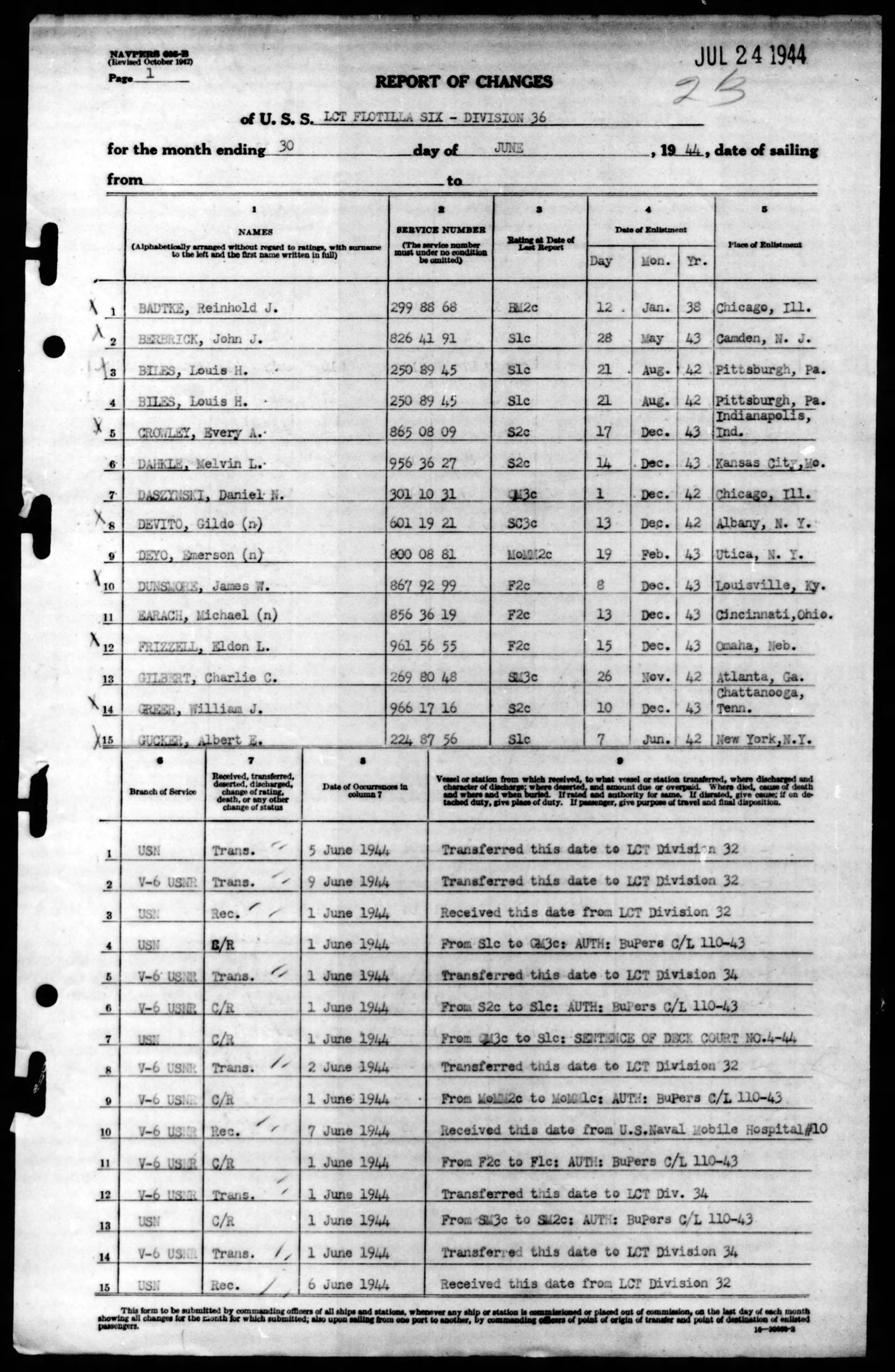 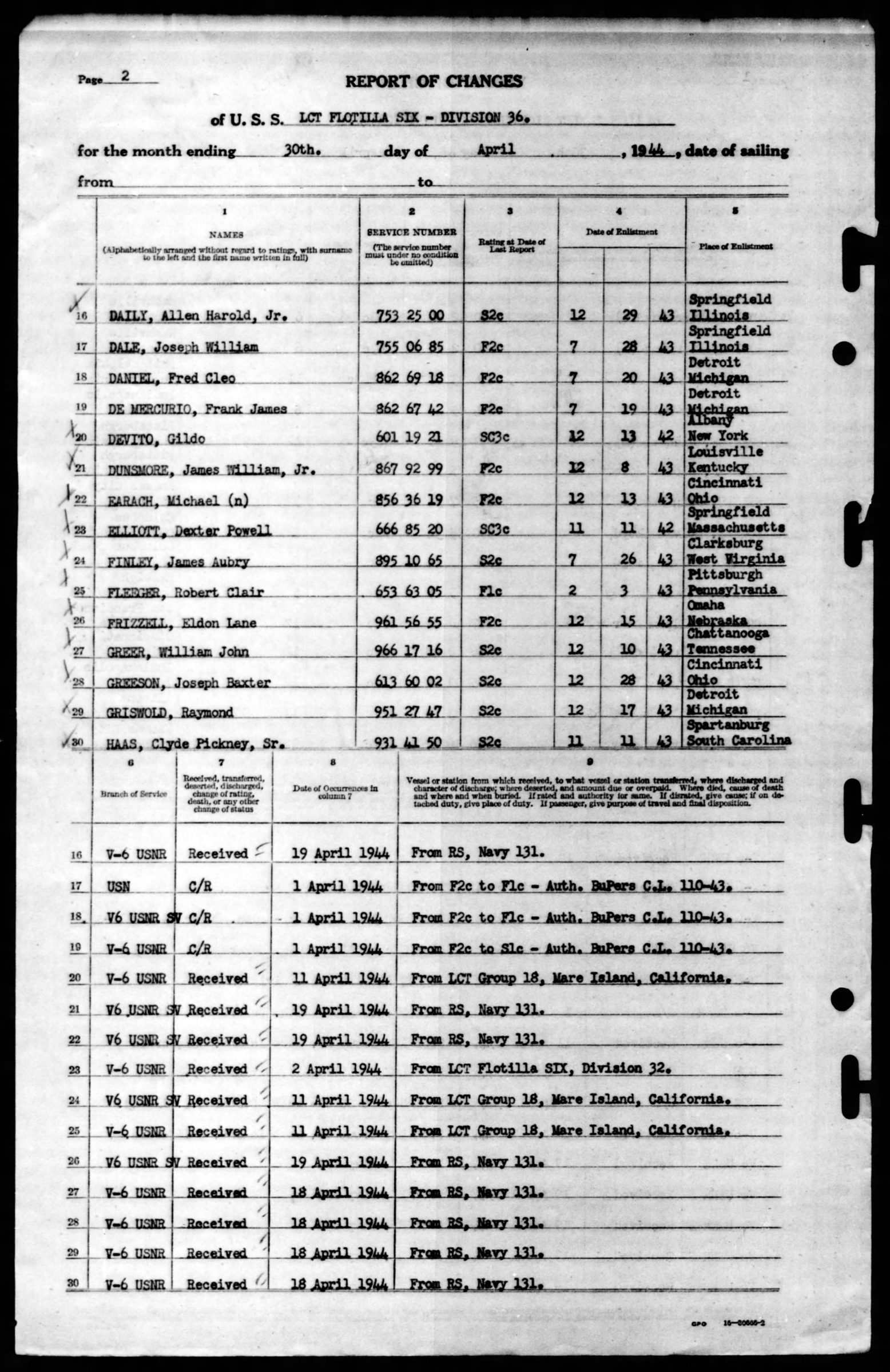 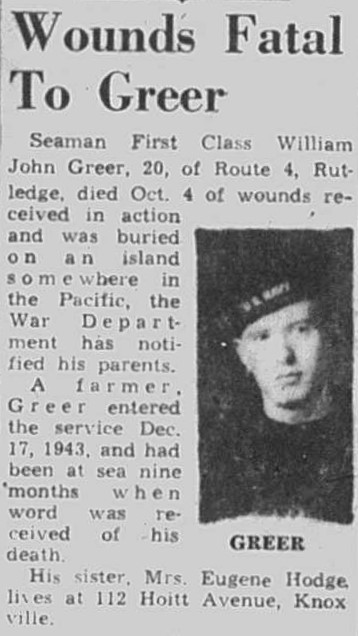