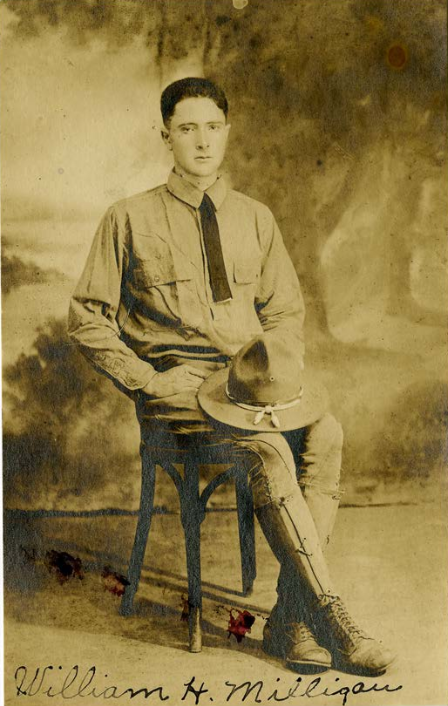 On September 11th, 1921, the body of William H. Milligan was returned to Vonore for reburial. He was killed in the Battle of the Argonne Forest on Oct. 4, 1918. He was a son of James L. Milligan and wife, who reside near here.
He was about 23 years old at the time of his death. He professed faith in Christ at an early age and joined the M.E. Church, South here, where he remained a consistent member and Christian until death. He was a very bright young man and was studying for the ministry at the time war was declared. He was a good Bible student, read a great deal of current literature and could converse well on any topic of the day.
He leaves a father, mother, three sisters and three brothers to mourn his early demise, besides many other relatives and friends.
Funeral services were conducted in the church of which he was a member on Wednesday, Sep. 14 at 2 p.m., by the pastor, Rev. G.B. Henderson, assisted by the Masonic fraternity. Many pretty flowers were sent and Mr. Kyker, of Sweetwater, furnished the hearse. There was a very large crowd at the burial which occurred in the cemetery here.
The family has the sympathy of the entire community. 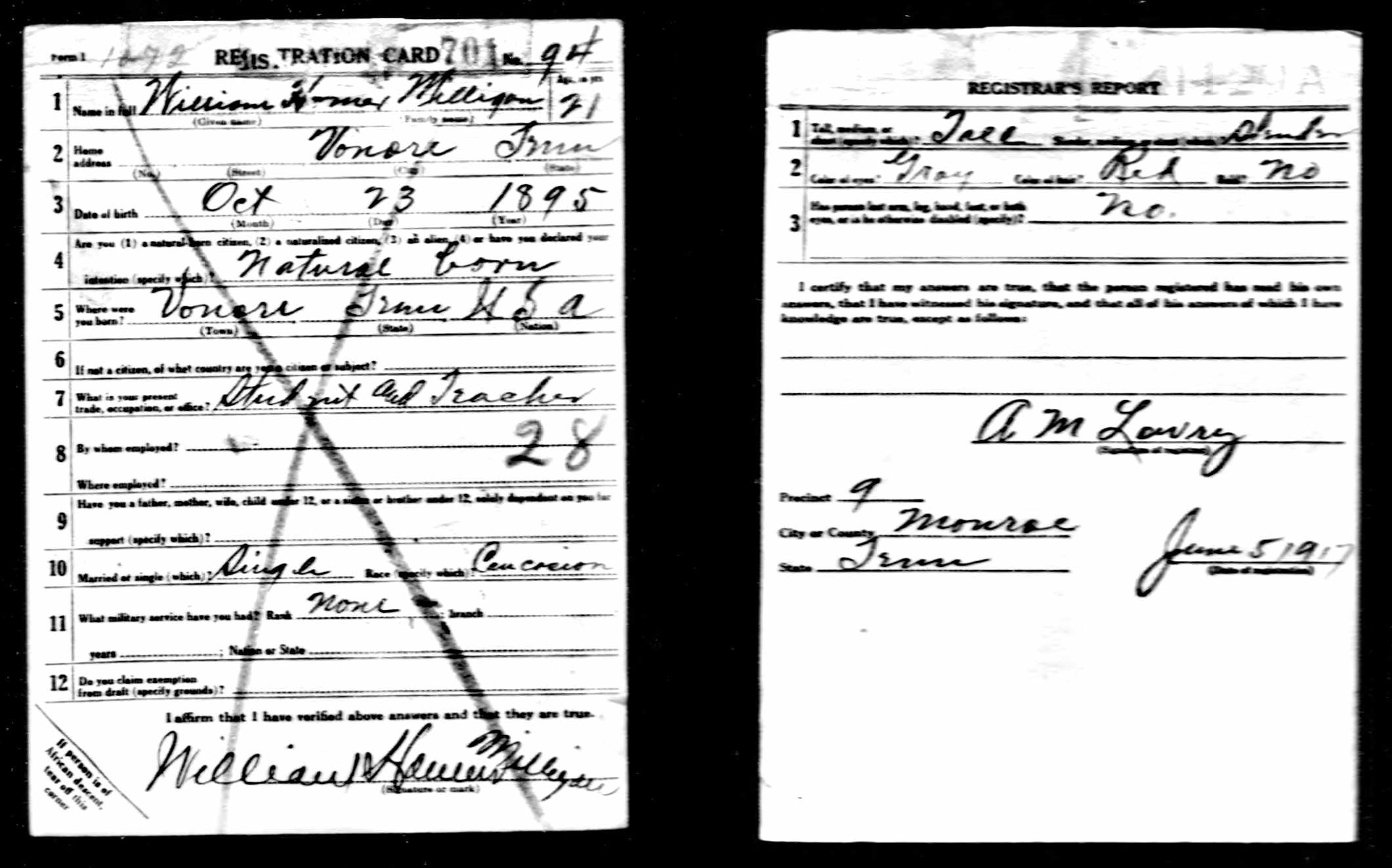 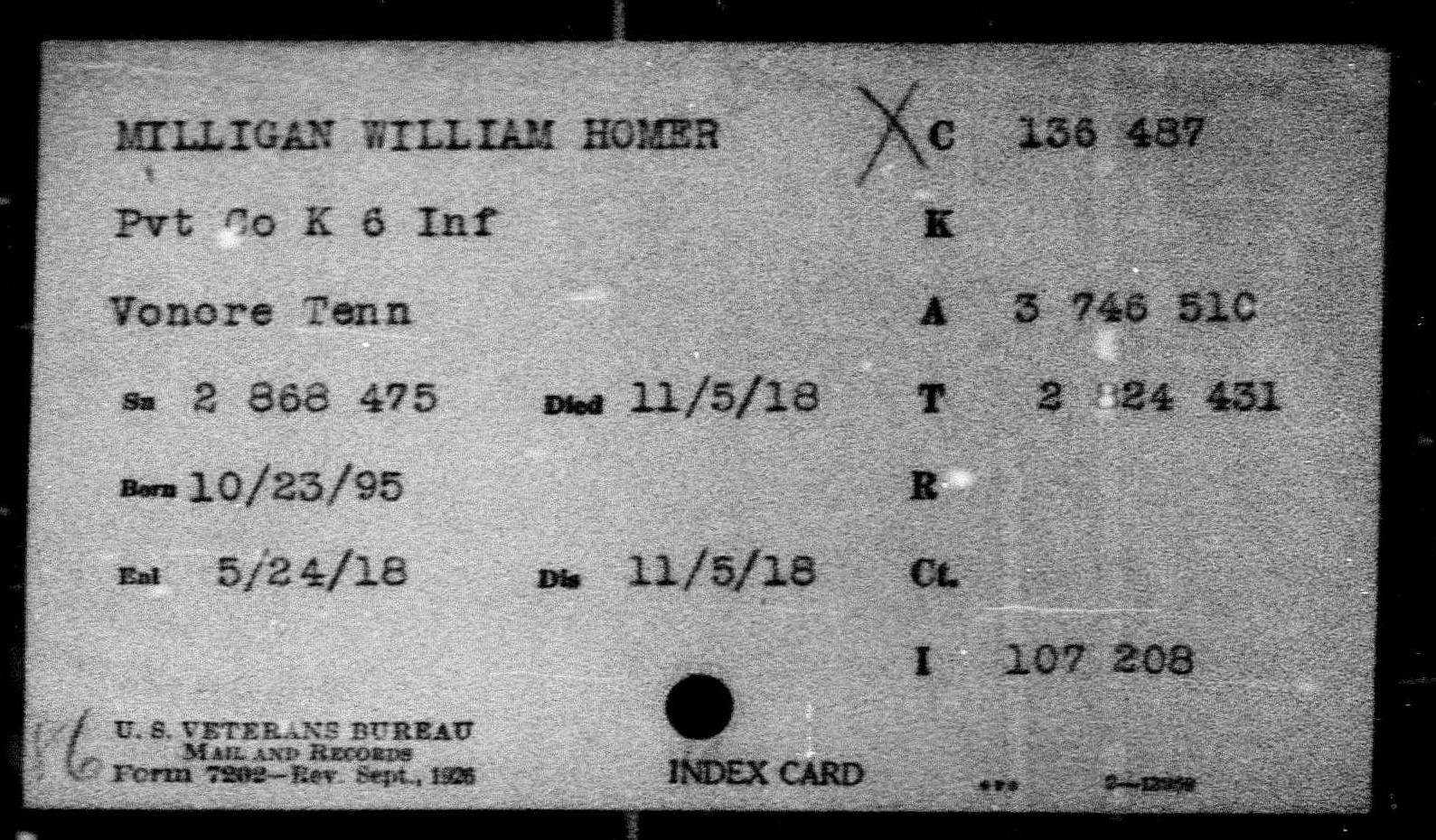 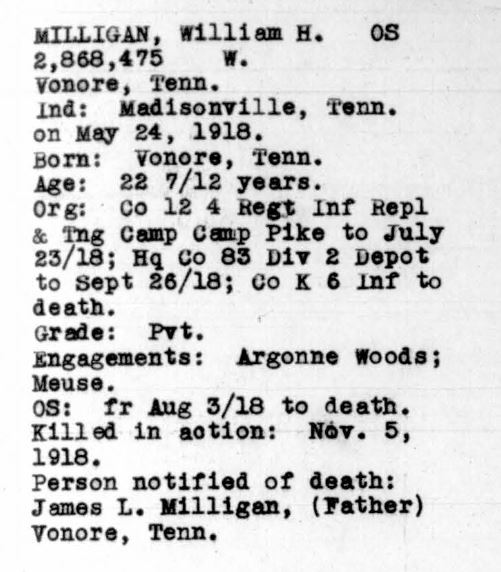