Aircraft B-17G with serial number 42-97525 was on a bombing mission to Berlin, Germany. The plane broke up in mid-air. The tail section broke off and the plane dived in, burning very heavy. The plane was observed to crash and burn with the bombs still in the plane. It crashed at Hebewerk Rothensee, 11km Northwest of Magdeburg, Germany. 2nd Lt Mary was last seen by the pilot, adjusting his chute when the plane broke up. He was initially buried 14 March at the Barleben Cemetery. All other crew members bailed out and were taken prisoner of war.

The Knoxville News-Sentinel, July 6, 1944
William H. Mary Sr., Route 15, will be presented with the Air Medal on behalf of his son, Second Lt. William H. Mary Jr., who has been reported missing in action. Lt. Mary was awarded the medal “for exceptionally meritorious achievement while participating in five separate bomber combat missions over enemy occupied Europe.”
The presentation will be made at 4:30 p.m. by Col. Oliver H. Stout, commanding officer of the Greenville Army Air Base at Greenville, S.C., who will drive to Knoxville accompanied by two members of his staff.

The Knoxville News-Sentinel, April 15, 1945
Lt. William H. Mary Jr., 25, son of Mr. and Mrs. W.H. Mary Sr., previously reported missing in action for over a year, has been killed in action, the War Department informed his parents. Lieutenant Mary is a graduate of Catholic High School and attended the University of Tennessee. He was co-pilot on a B-17 Flying Fortress in England and was reported missing on his fifth mission, March 8, 1944. His parents received the Air Medal from the War Department after he was reported missing. He received his wing at Fort Sumner, N.M. and went overseas Jan. 1, 1944. 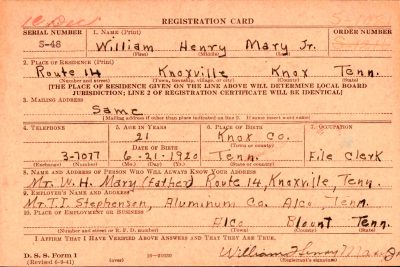 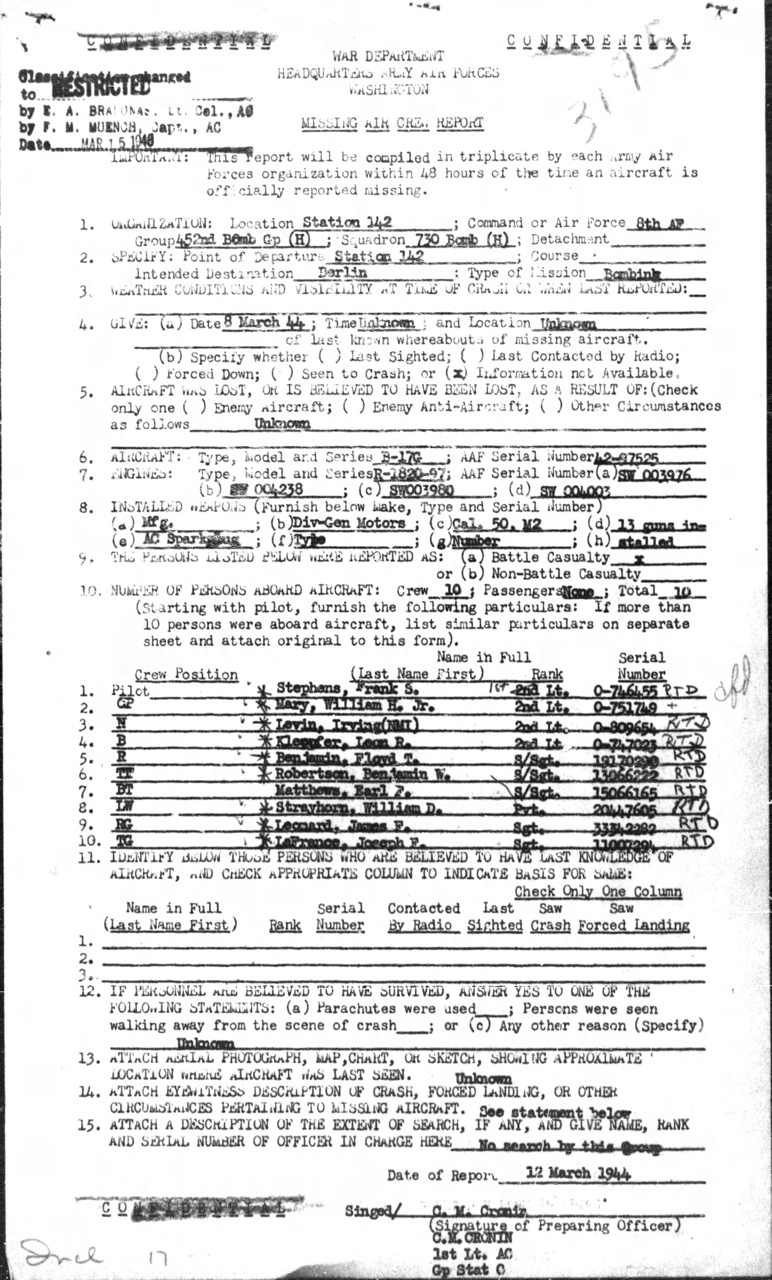 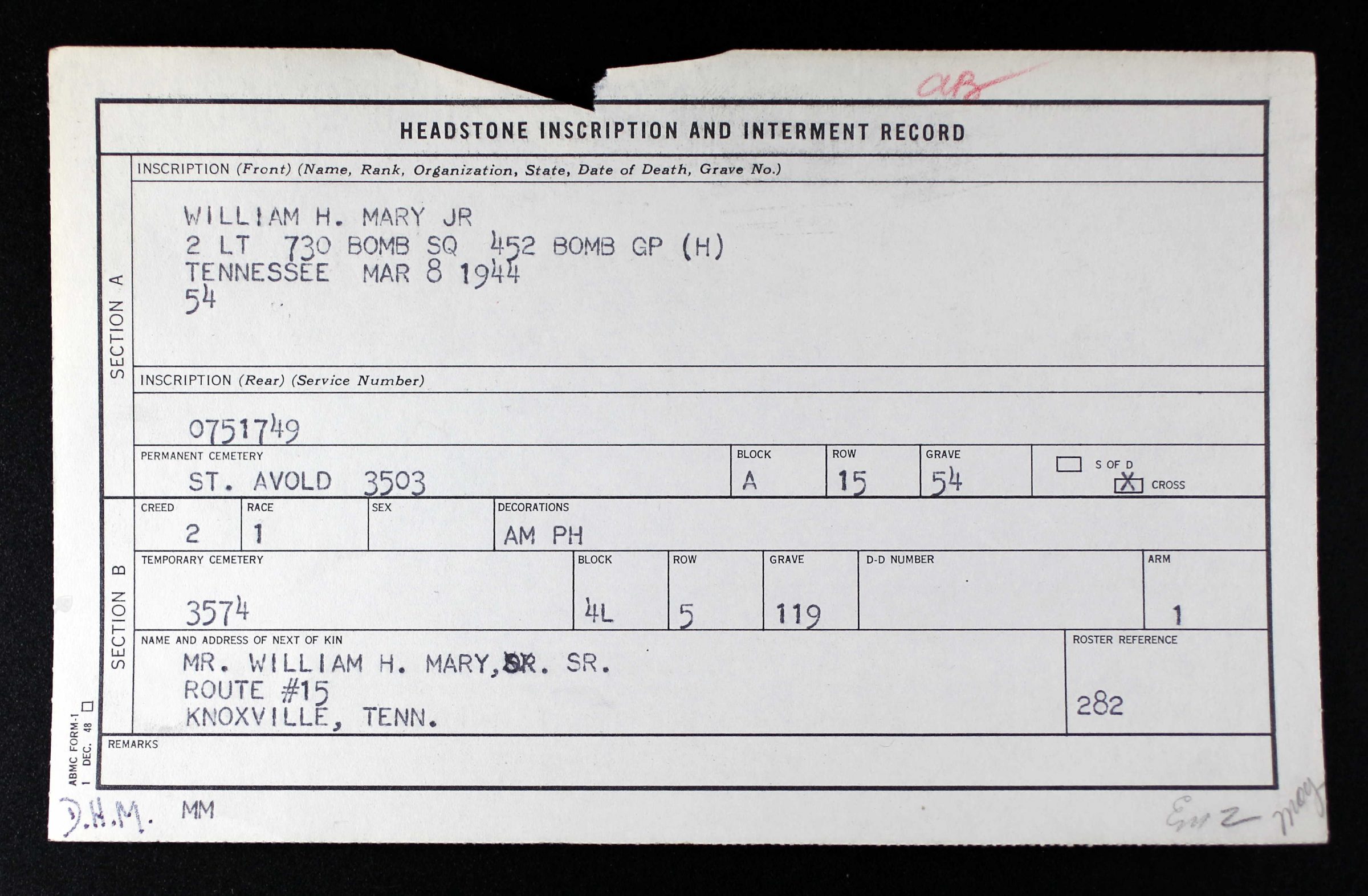 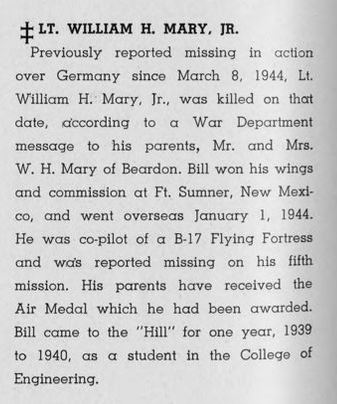 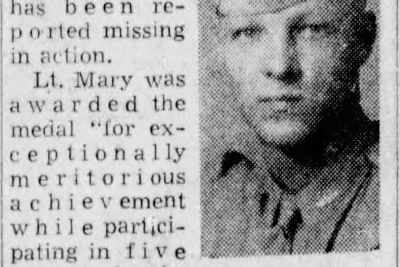 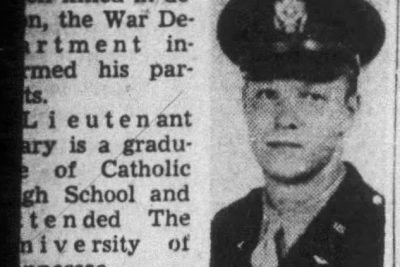 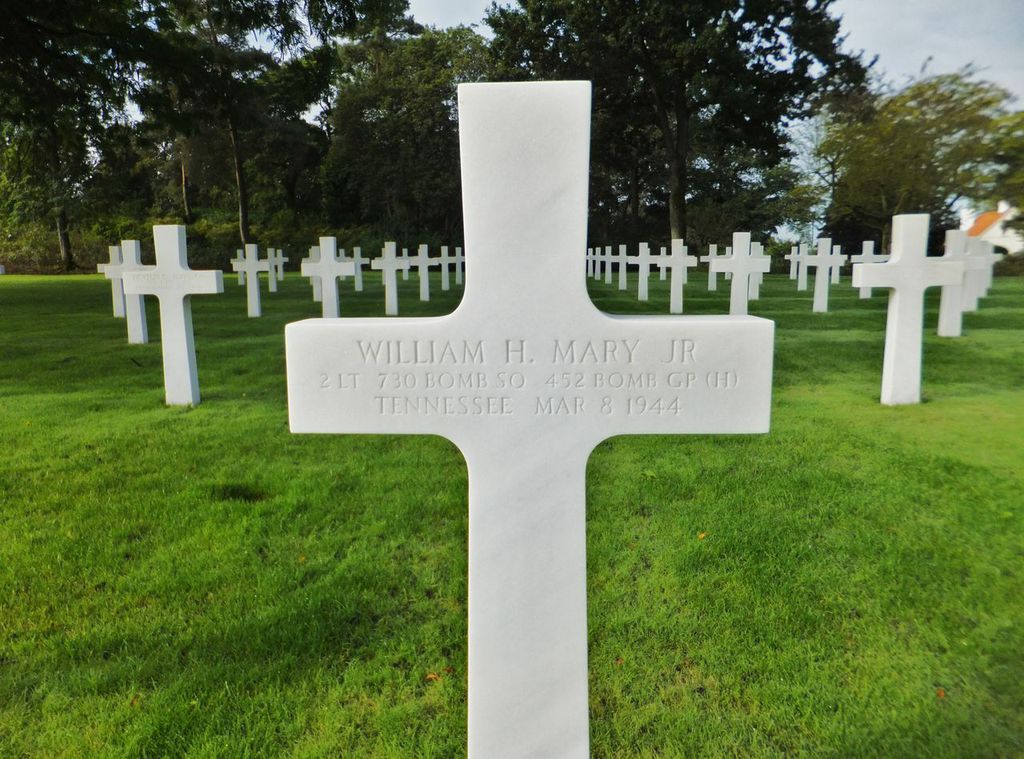