Aircraft B-24H with serial number 41-28590 was on a bombing mission to Hardwick. This aircraft collided with another aircraft in mid-air over Halesworth Station, about five miles south east of the base.

Statement from Sgt James E. Scanlon:
I was seated in the rear of ship 590/J by the camera hatch with a back type parachute on and fully harnessed. The ship was flying smoothly. The pilot had just called that we were at 14,000 feet. A few moments later the crash occurred. In a haze I saw the ship separate at the rear of the bomb bay. At the same time I heard an explosion and saw a pink coloring at the opening. I stooped and was thrown down. I crawled toward the open end of the tail where my left arm became entangled in something, leaving me half in and half out of the ship. There was a sudden jerk and I was thrown clear.
I pulled the rip cord without thinking. The other ship (033) was in a flat spin. This ship was still intact. I did not see our ship after leaving it. I floated through two layers of clouds, and thinking I might land in water I threw everything away except my fur boots. I landed in mud in a small island in the broads near Southwald.

Sgt Blood and Sgt Scanlon were the only survivors. 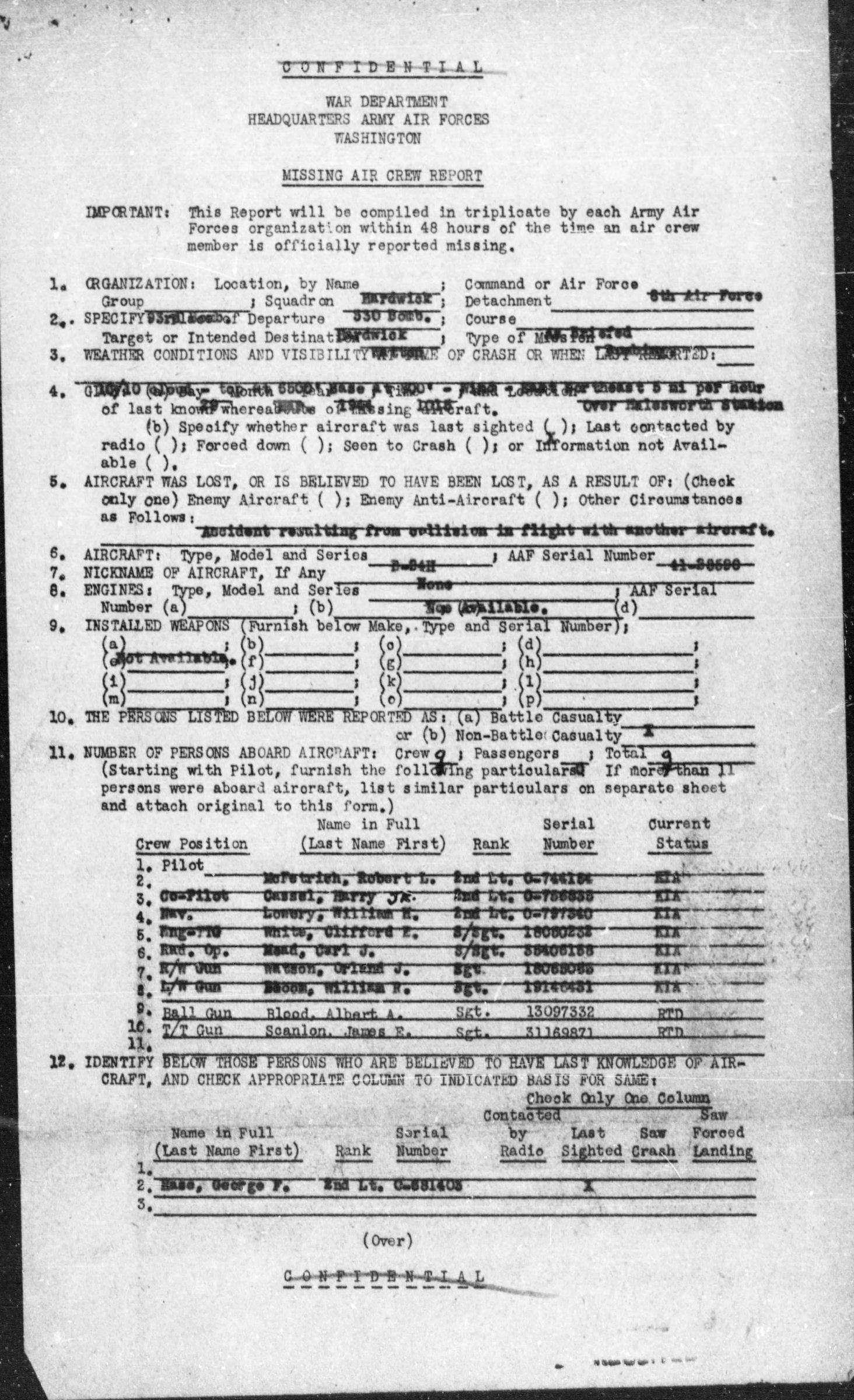 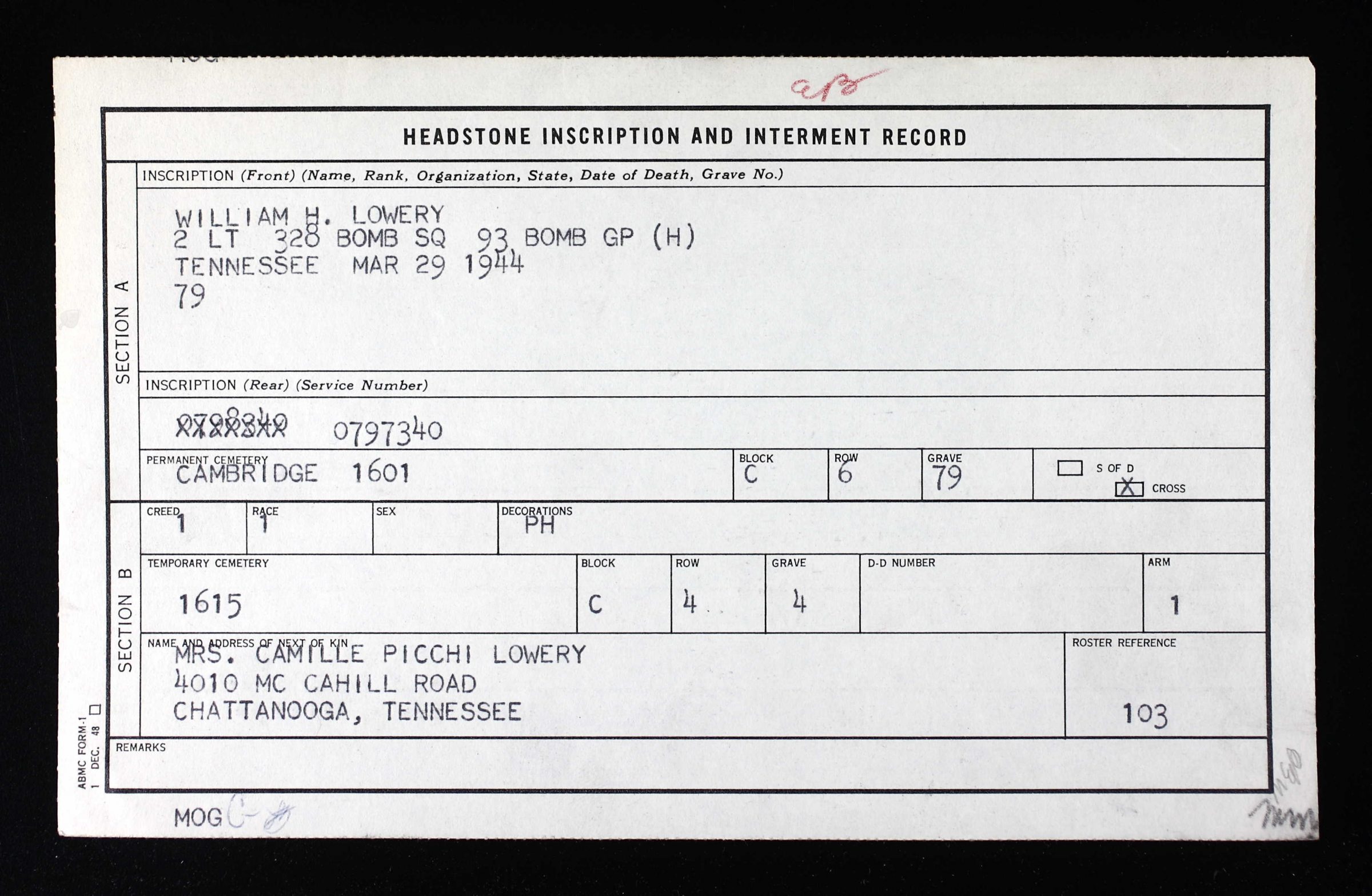