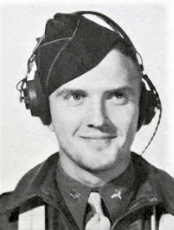 William Henry Harrison Jr. enlisted in the Army Air Corps, 1942, was commissioned in 1943, left foreign service, Feb. 22, 1944. While on a bombing mission, his plane was hit near Chataudum, France, March 23, 1944. He attended McCallie School in Chattanooga, Chattanooga High School, was a member of the Kappa Alpha Fraternity, Emory University.
He was christened as William Henry Harrison, the third, in direct succession of the Harrison family. His forebears were pioneers in the state, making their homes in Cock, Green, Hamblen and Jefferson Counties.. Lt Harrison was the son of Dr. W.H. Harrison, superintendent of the Morristown District of the Holston Conference and Mrs. Harrison (Miss Nelle Myers)

2nd Lieutenant William H. Harrison O-671355 US Army Air Forces was assigned to the 728th Bomber Squadron, 452nd Bomber Group, Heavy, a B-17 squadron flying out of Deopham Green, England. The B-17 he was on did not return from a mission to Chateaudun on the 28th of March 1944. And a Finding of Death was given. He is remembered on the Tablets of the Missing Brittany American Cemetery, St James, France. Memorial Marker, Union Cemetery, Newport, TN.

Awards include the Air Medal and the Purple Heart 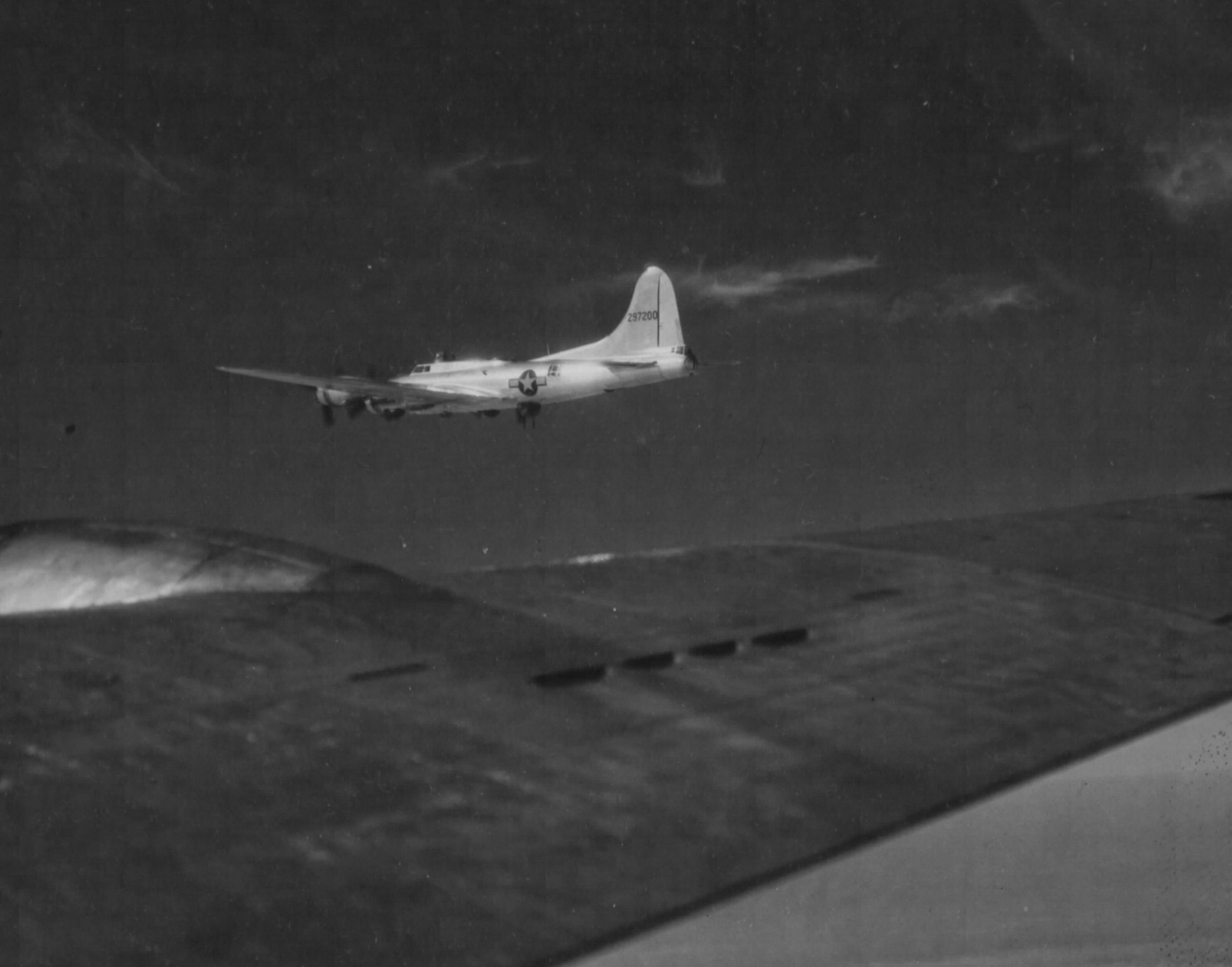 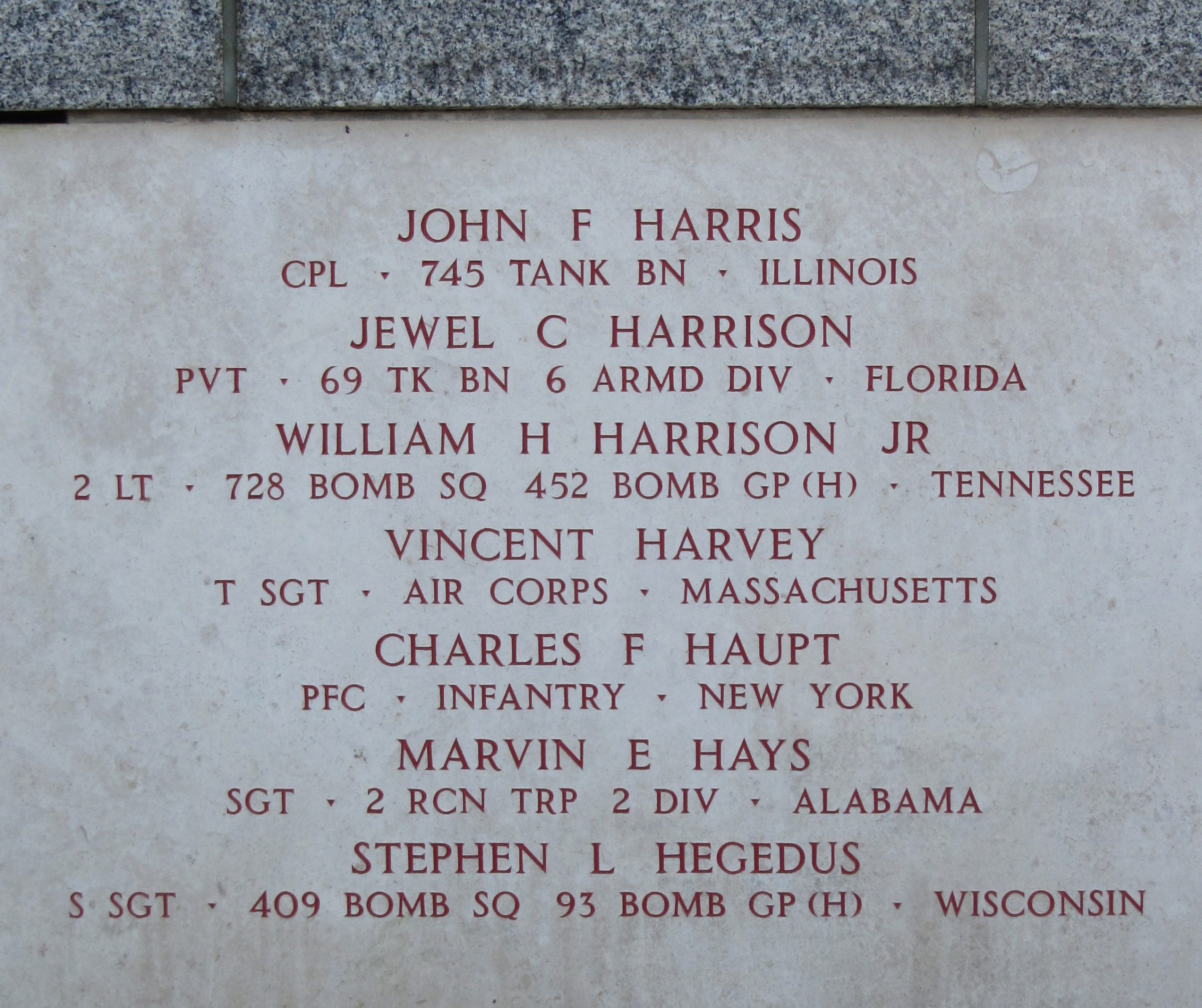 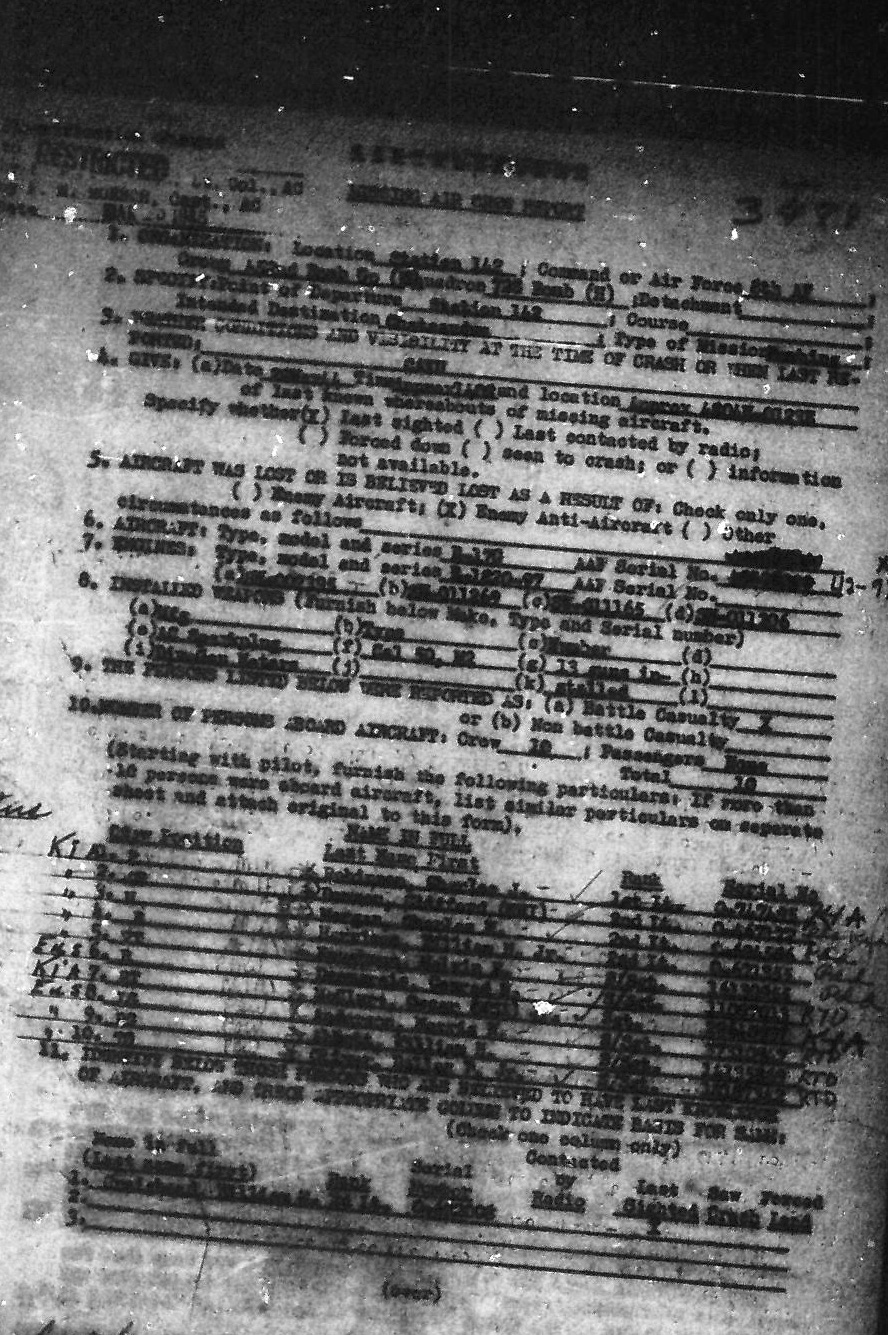 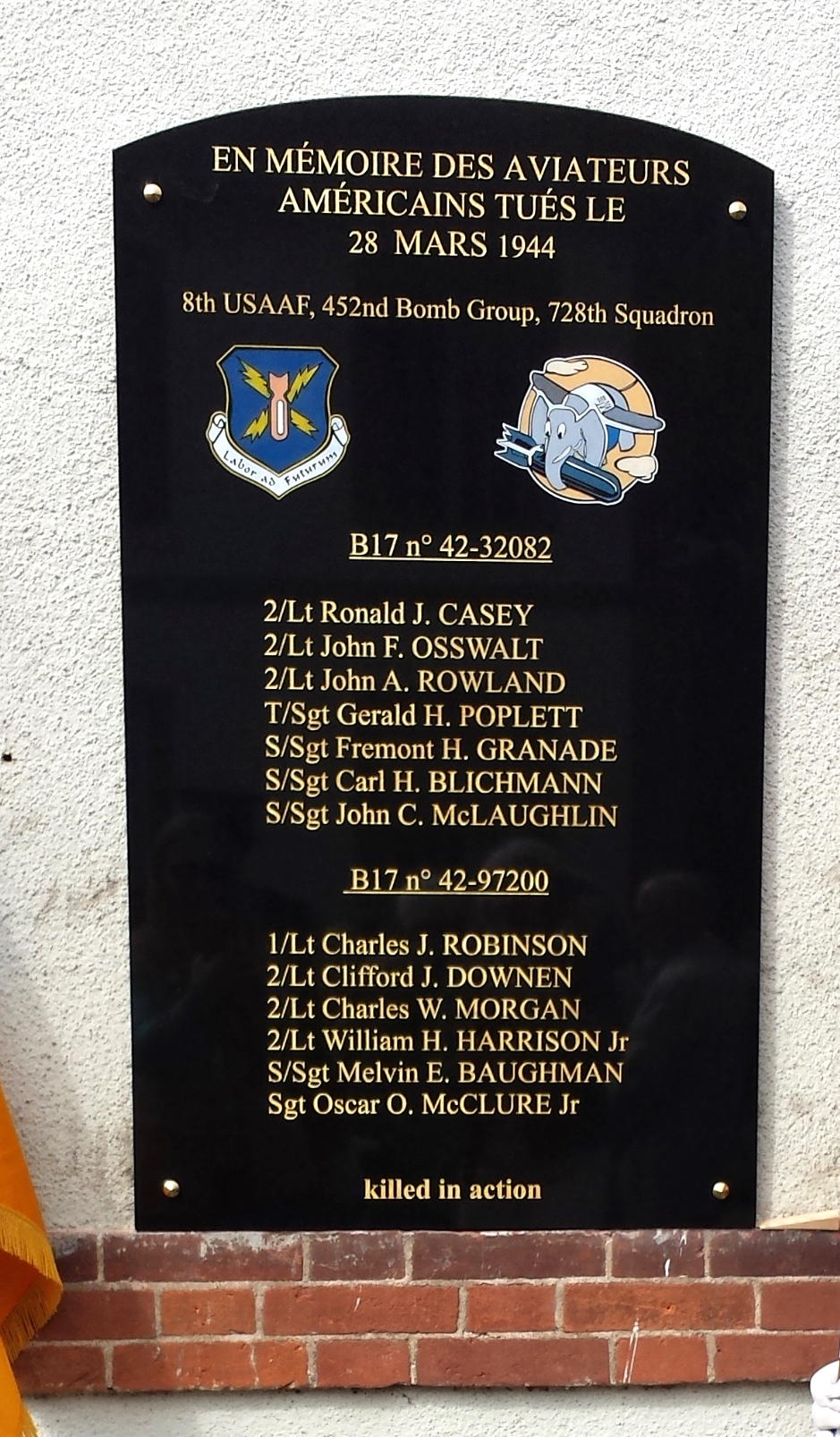