William Howard Burns was the son of Lawrence Franklin Burns and Nellie R. Boyd. Husband of Emma Lee Burns and father of Shirley Jean Burns.
His brother, Lawrence F. Burns Jr. served with the US Navy during World War II. He had two sisters, Gladys and Sadie.

The Chattanooga Daily Times, 31 Jan. 1945
Pvt. William H. Burns, who was reported missing in action since Jan. 5, now has been reported killed i Belgium on Jan. 11, his wife, Mrs. Emma Lee Burns, Ooltewah, Route 1, has been notified by the War Department. The son of L.F. Burns of Chattanooga, Pvt. Burns had been overseas for two months. He has one child, a young daughter, Shirley Jean, living with her mother in Ooltewah. 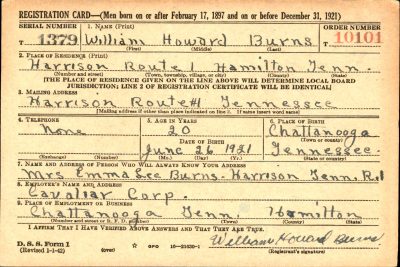 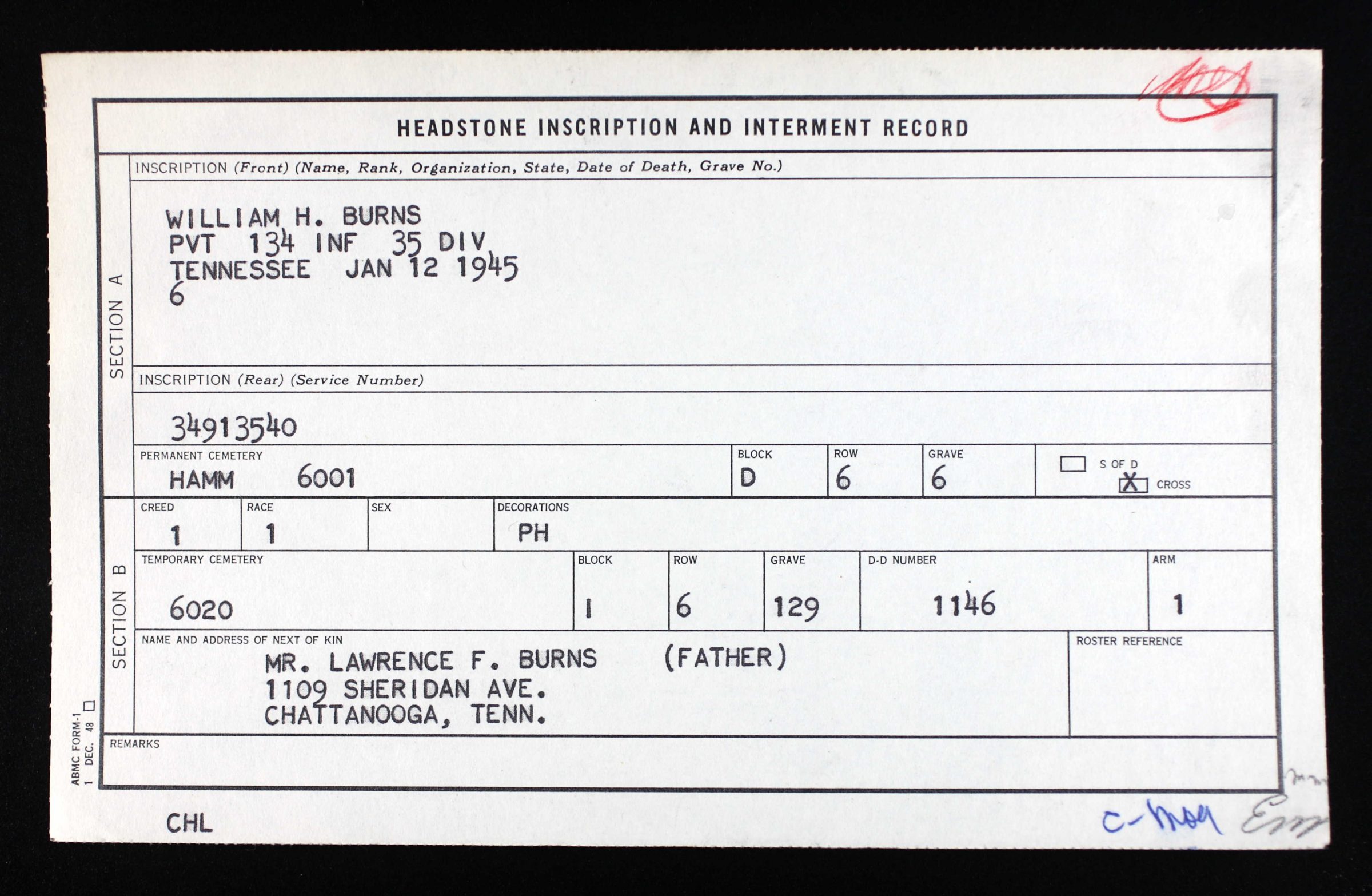