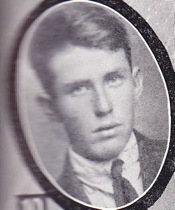 “William Booth, a member of the 67th company, Sixth Regiment Marines, was killed in action on October 8 [sic], according to information received by his parents, Mr. and Mrs. William H. Booth. Young Booth was wounded early in the spring and after three months in a base hospital was able to return to his company. Shortly afterwards he was gassed and was again confined in a hospital. He soon recovered and in the fighting of October 8 [sic], lost his life. Since his enlistment his parents have moved to Alcoa.”-The Journal and Tribune, Knoxville, Tennessee, Wednesday, November 13, 1918. 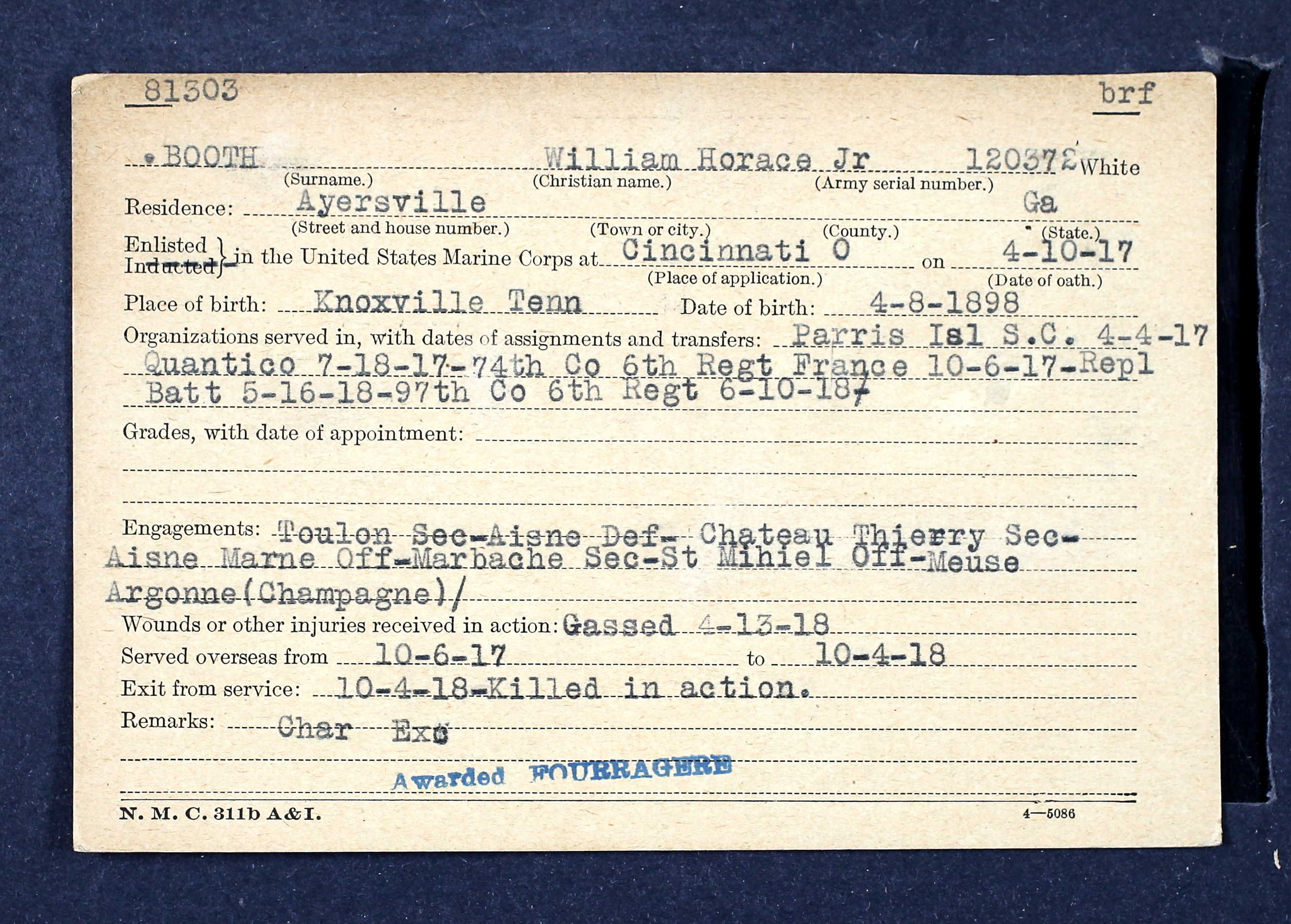 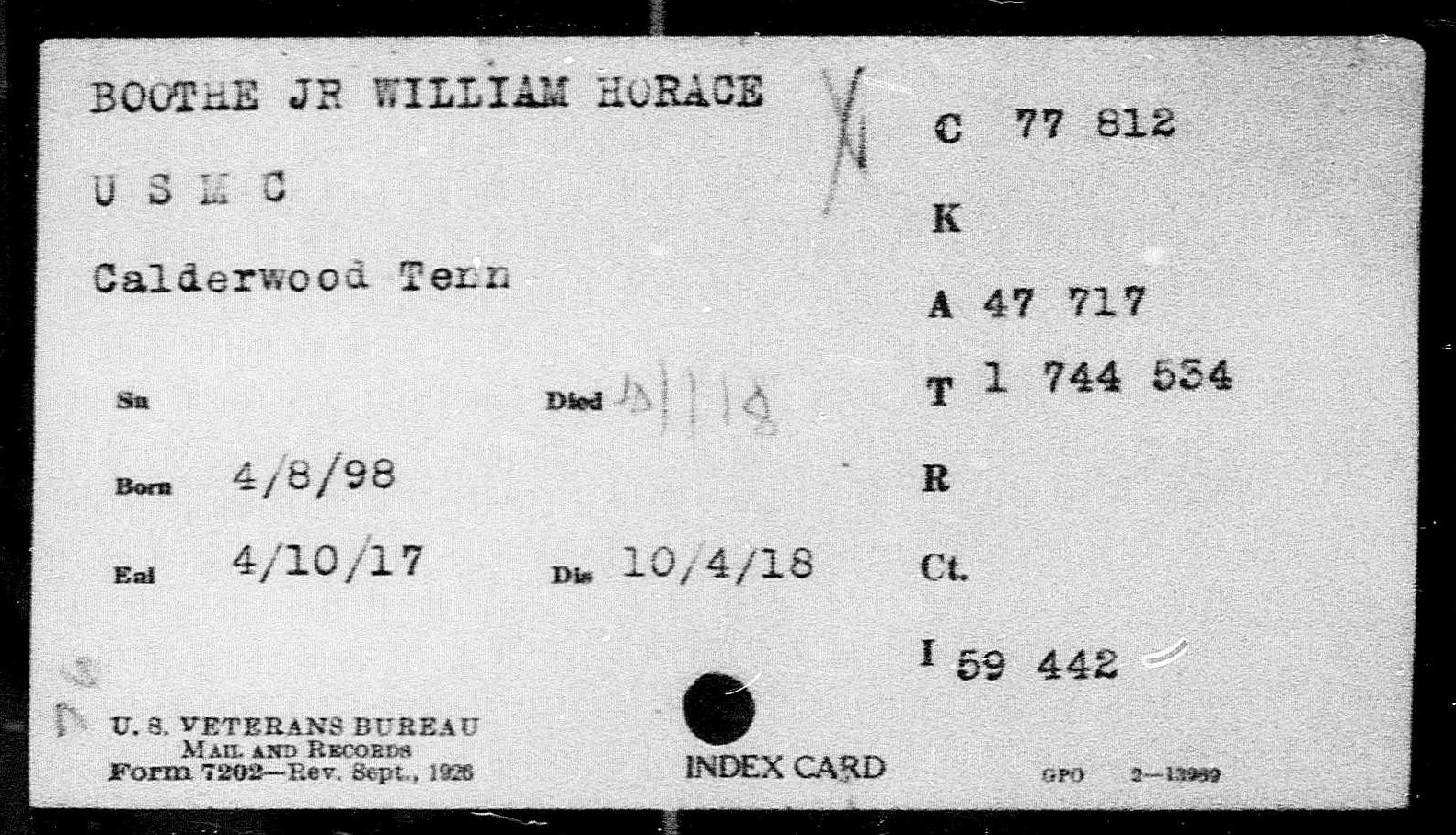 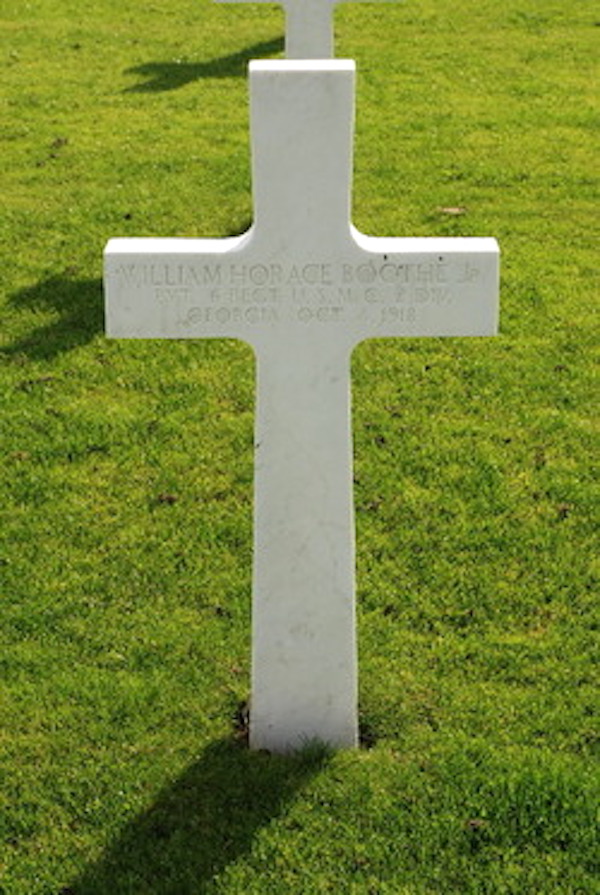