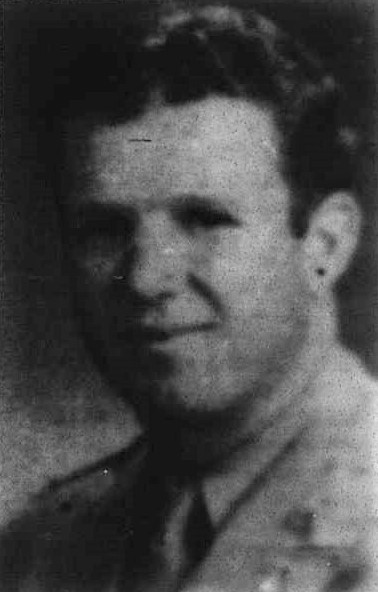 1st Lieutenant William H. Beaver was assigned to the 868th Bomber Squadron, Heavy, 13th Air Force Far East Command. At the time of his loss the Squadron was flying B-24’s out of Noemfoor Island, New Guinea. He was killed in action on 21 April 1945 and is listed on the Tablets of the Missing, Manila American Cemetery, Manila, Philippines.

The airplane´s (B-24) destination was Makassar Straits Celebes in Indonesia. The plane was hit by enemy fighters and crashed with bombing load into the water about 6 miles from Makassar Town.

Polk County News, May 17, 1945
First Lt. William H. (Bill) Beaver, 25, brother of Ed Beaver of Lenoir City, Tenn., and son of the late Mrs. Mary Beaver, was reported killed in action April 21, over Celebes Island in the southwest pacific. Bill was nearing the end of his missions and was hoping to be home soon. His last visit home was last Augusut.
He had been awarded the Air Medal and had been commissioned for the Distinguished Flying Cross. Lt. Beaver’s plane had been shot knocking out two mothers. He had been across nine months and a year previously. 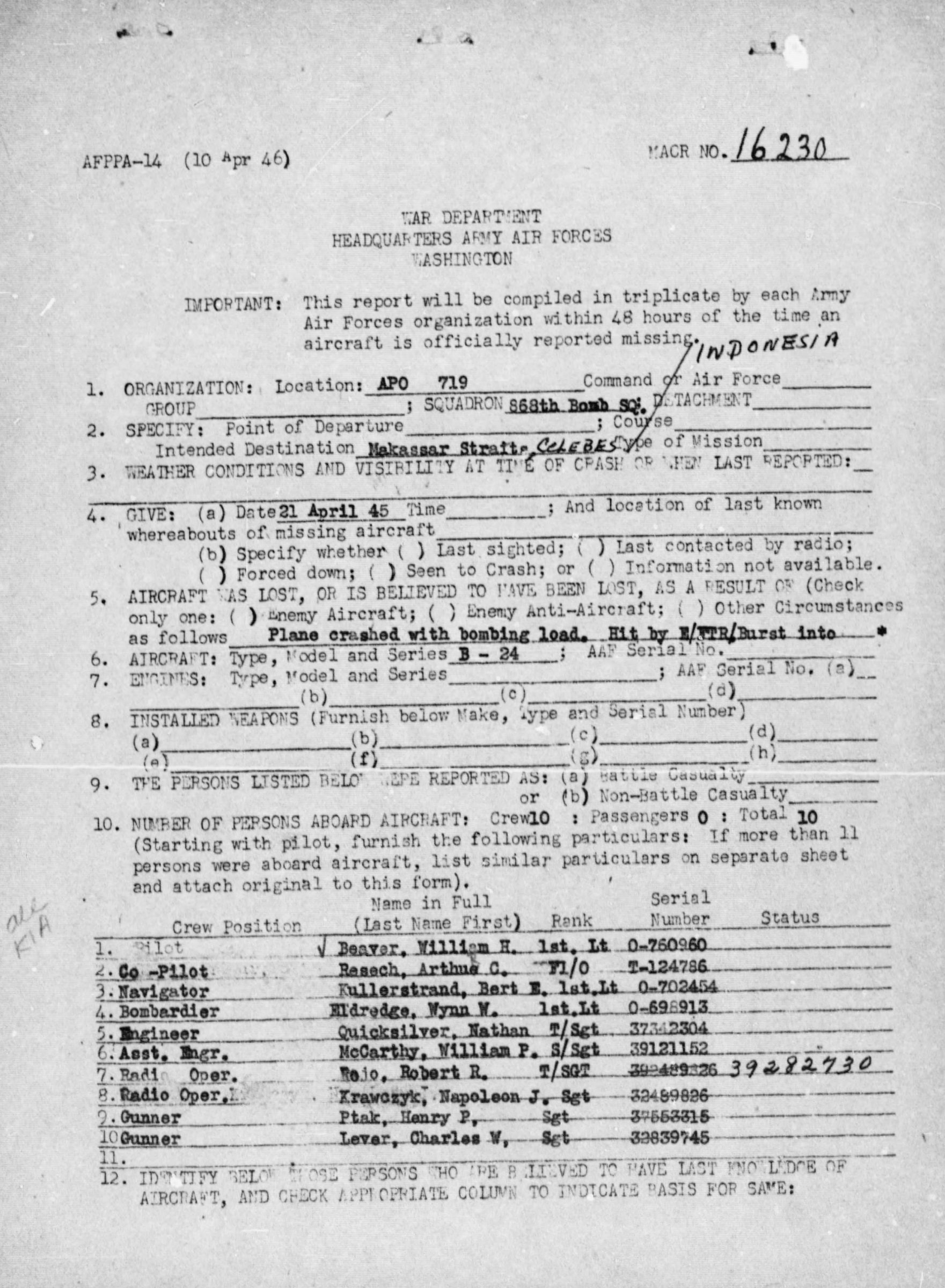