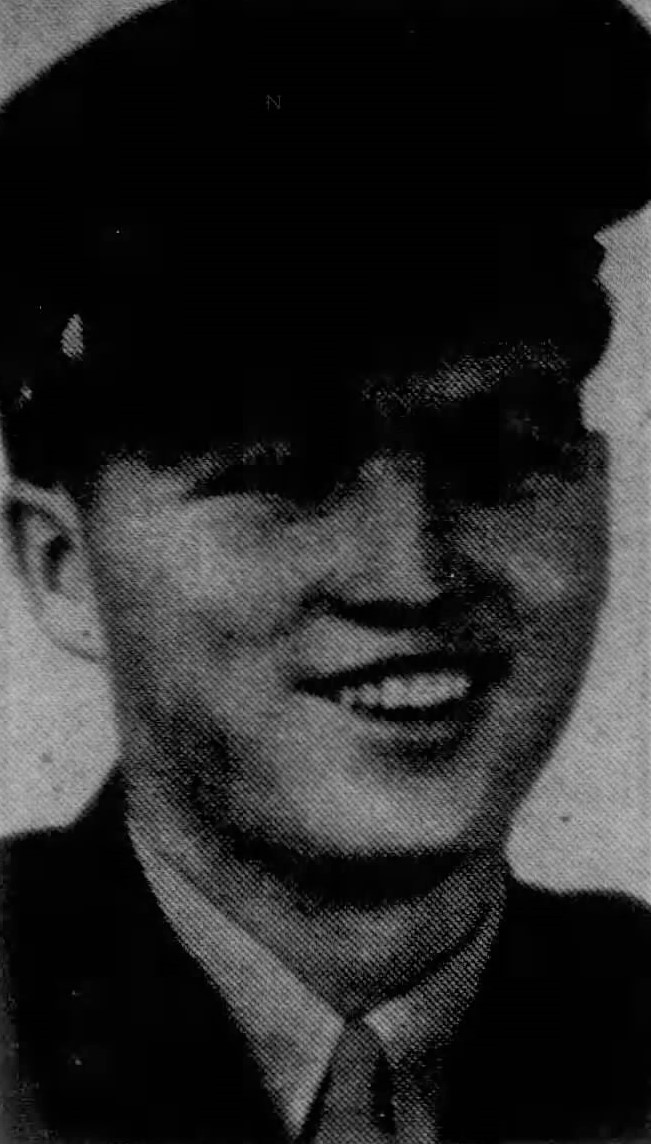 William Glenn Simmons was the son of  Noble Johnson Simmons and Mildred Charlotte McCracken, 1614 Hixson Pike, Chattanooga. He was born around 1921 in Tennessee.

The Chattanooga Daily Times, 20 March 1945
Cpl. William G. Simmons, 22, son of Mr. and Mrs. Noble J. Simmons, 1614 Hixson Pike, was reported killed March 3 in action in a recent invasion in the Pacific theater.
Cpl. Simmons enlisted in the marine corps in August, 1942 and went to Pacific battle areas in February, 1943. He saw action at Bougainville and in the Marianas before the recent action that resulted in his death. He was a graduate of Chattanooga High School. Cpl. Simmons is survived by three brothers in the navy, AMM2C Noble J. Simmons Jr., S1C Thomas R. Simmons; RM2C James Robert Simmons, Miss Mildred Simmons of Chattanooga is his sister, and Russell E. Simmons of Rockwood is his brother. His father is secretary and Comptroller of the Electric Powel Board of Chattanooga. 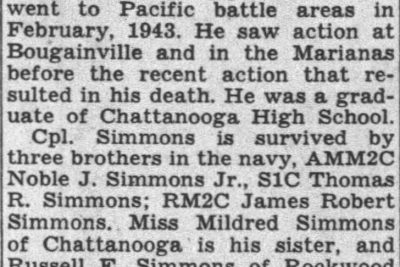 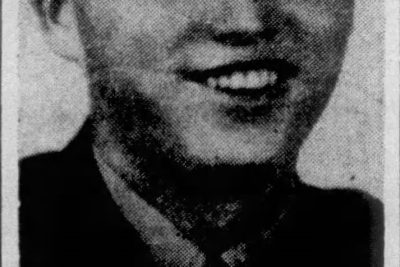