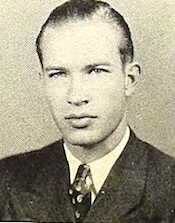 William Gordon Noblitt was the son of Loftus Boone Noblitt and Ruth Thomas and husband of Katherine. He died non battle at Allison, Lawrence County, Illinois.

The Knoxville Journal, February 13, 1944
William Gordon Noblitt, age 23 years, son of Mr. and Mrs. L.B. Noblitt, of Sweetwater, was killed (night flying) at George Field, Lawrenceville, Ill., where he had been in training for pilot duty for several months. He was a graduate of Sweetwater High School and later attended the University of Tennessee, Knoxville, where he graduated with high honors in 1940. He was a member of Baptist Church of Galax, Virginia, where he was employed in defense work before entering the Army Air Corps on Feb. 1, 1941. He was married Aug. 30, 1941 at winchester, Tenn., to Miss Billie Clark of that city. Besides his wife and parents he is survived by one sister, Mary Ruth Noblitt, of Sweetwater.
A military funeral will be conducted at the First Baptist Church, Sweetwater. Interment at Westview Cemetery. 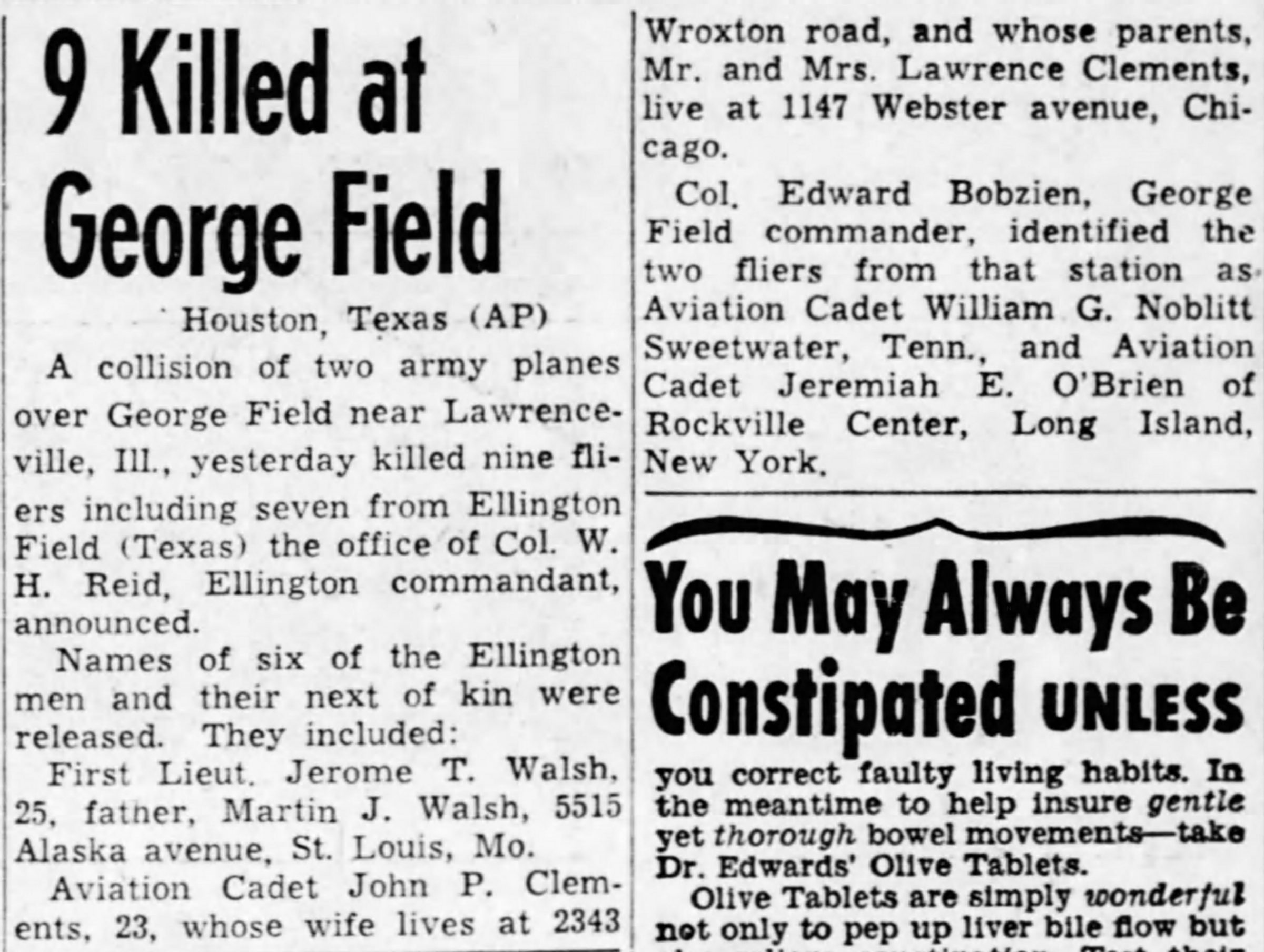 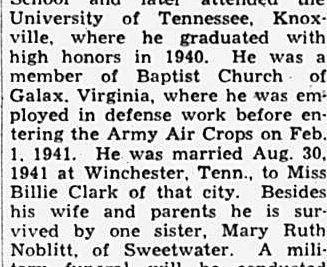