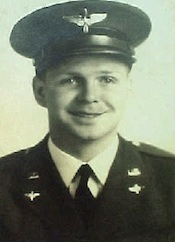 Statement from Clarence G. Koerber 2nd Lt, Air Corps:
On the 23rd of February 1945 the Squadron was on armed Rec. Mission. I was flying as Captain Hargis wingman until the time he crashed. We were straffing in the vicinity North of Frankfurt. Captain Hargis called in a train wich was located off our left wing. The engine had steam up. Capt Hargis and myself turned and started down on the train. We were on the deck, just as we pulled over the train we encountered intense 20mm, flak from the nearby woods and I saw a fire flash in his plane. The plane went directly into the woods wich were approximately 150 feet from the train. there was a terrific explosion as the plane hit the trees. I pulled up and tried to get a fix, But Rip. #5 was unable to give our definite position. The approximate location of the crash is coordinate M 3588.

Another eye witness report from Jurgen Radu, Germany (his uncle was an eye witness during the crash) tells us that according to locals, Captain Hargis body was hanging in a tree after the crash. They say he has been buried in Rohnstadt, but it seems the grave has never been there. Jurgens uncle was 12 years old and was sitting nearby the 3 flak cannons which were shooting at the Hargis plane. 2 were standing near the woods and the 3rd one was on a train standing in Weilmunster, and that was the one which gave the final hit to the plane. 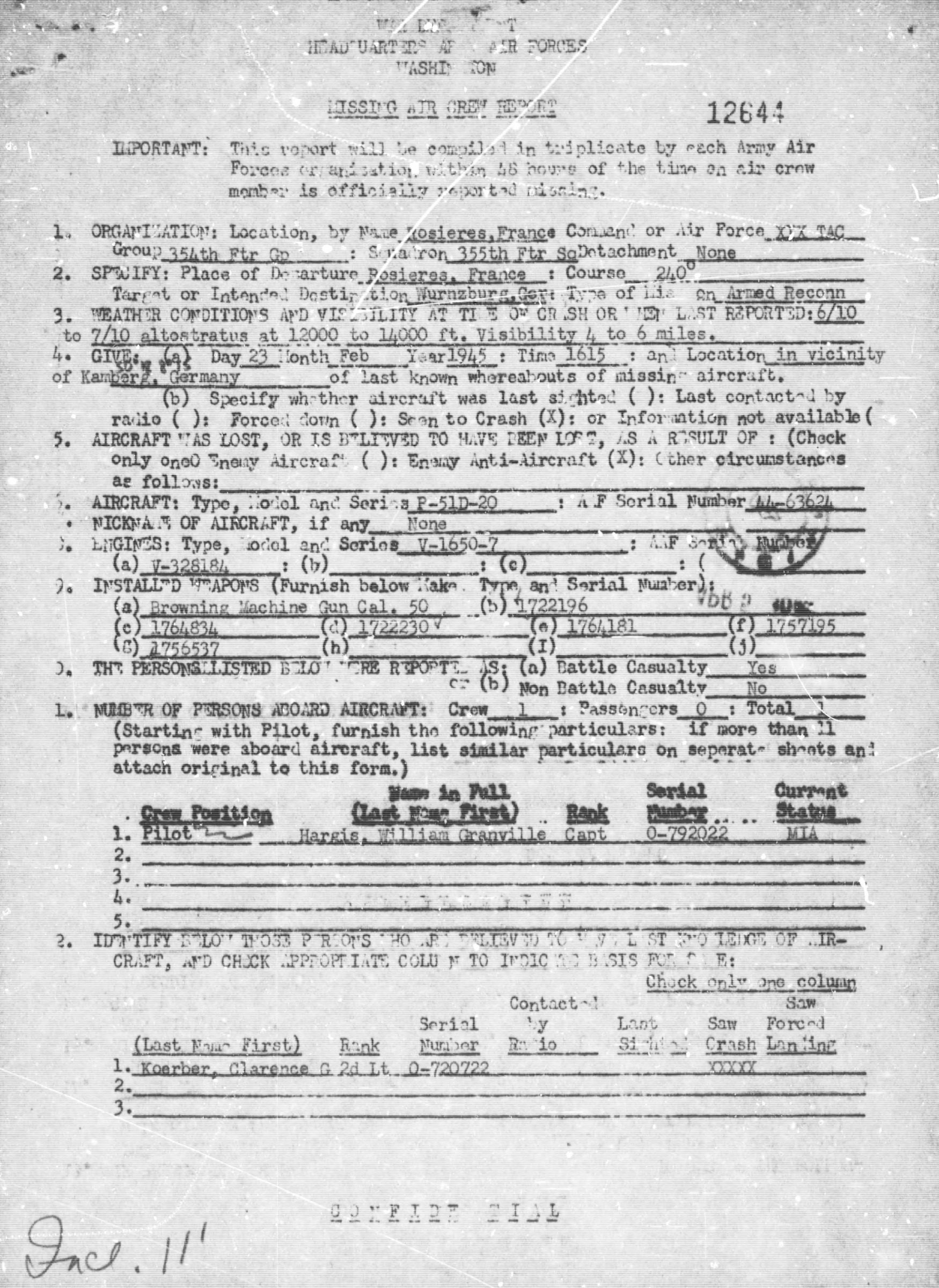 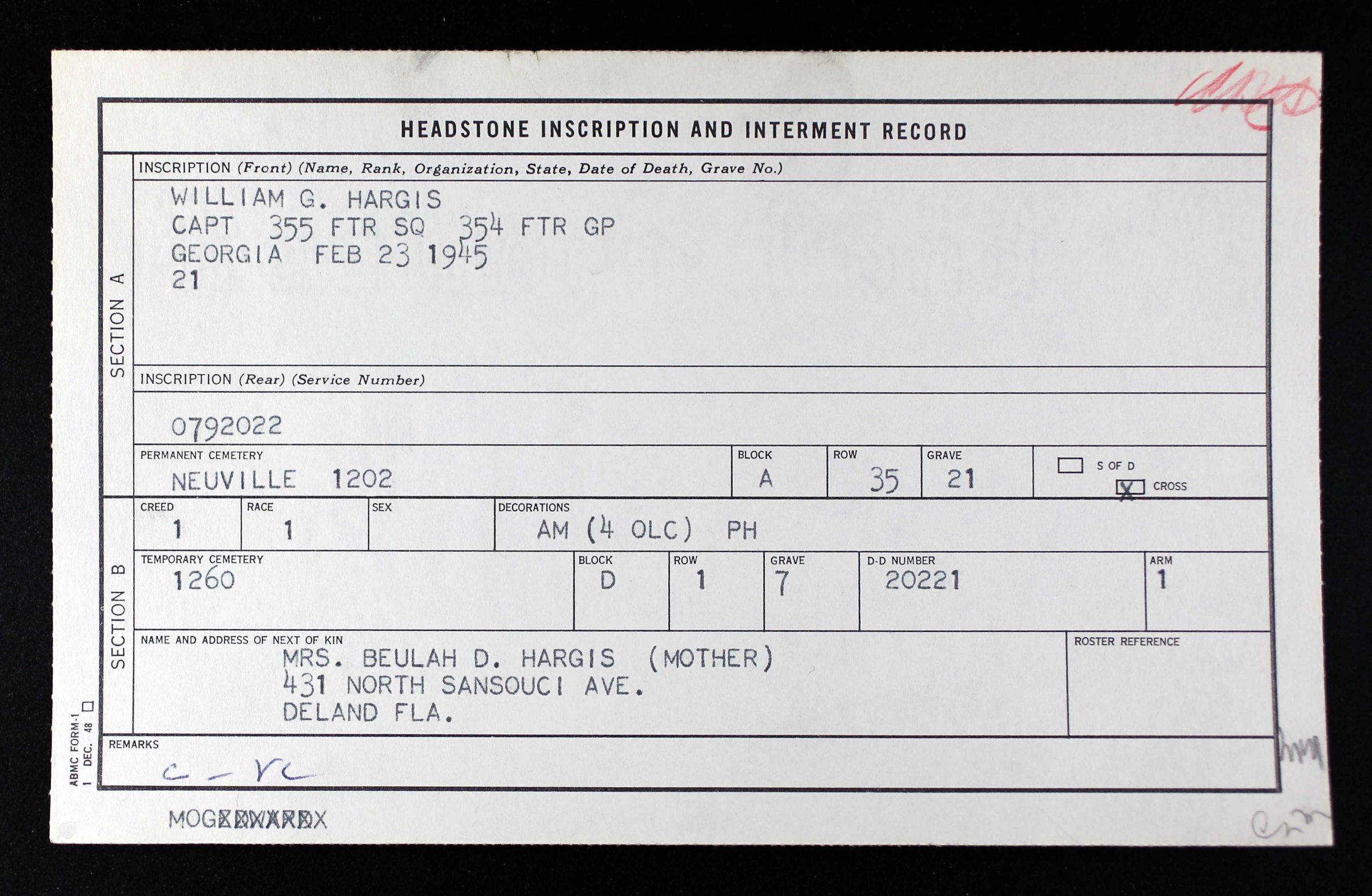