Corporal William G. Davenport was born in Kentucky in 1919. He was the son of Fred J. and Sally Davenport. He was the brother of Massie Davenport, Bernice Davenport, Lucille Davenport, Fred Davenport, and Opal Davenport. By 1930, he was living with his family in Campbell County, where his father worked as a coal miner.

Corporal Davenport enlisted in the military on January 8, 1943 in Fort Oglethorpe, Georgia. He served in the European theater of the war in Company A, 17th Tank Battalion, 7th Armored Division. On Wednesday, October 4, 1944, Corporal Davenport was taking part in a mission to take enemy-held woods northeast of Overloon, Holland. During this mission, he was killed in action. He is memorialized at the Netherlands American Cemetery in Margraten.

We are honored to be nominated to take care of his memorial in Margraten, and would like to get more info on next of kin.
–Submitted by Marcel Ummels 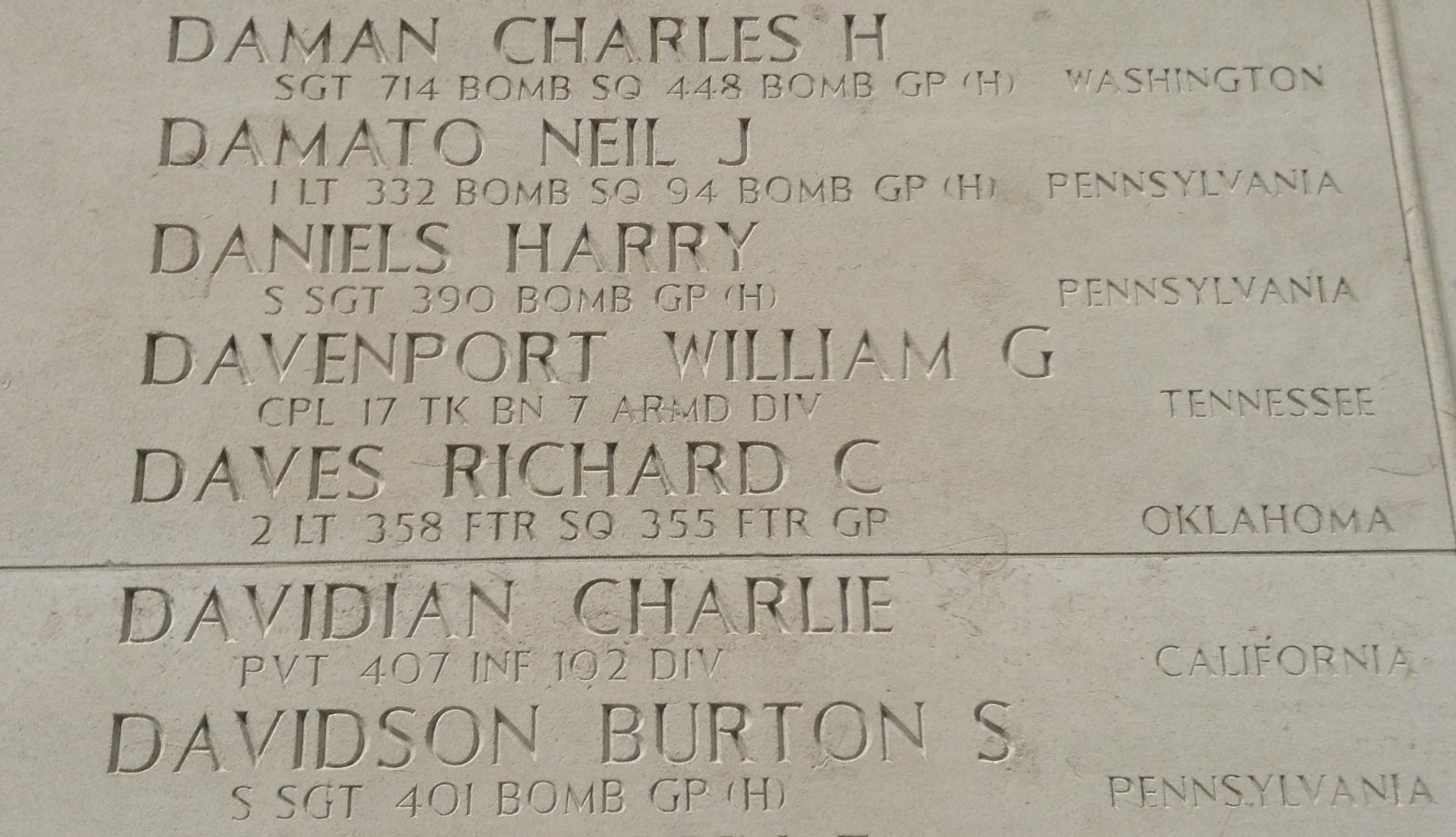