Was the first casualty from the Harriman, TN, area in WW II. Christian was shipped aboard the USS West Virginia BB-48. Moored alongside the USS Tennessee on Sunday, 7 December 1941, at Pearl Harbor, when the ship was repeatedly torpedoed and bombed by Japanese Naval forces. He lost his life during the attack.

His body was returned to Harriman and he is buried in Willard Park Cemetery. 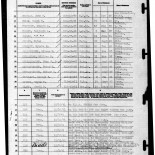 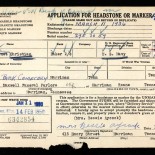