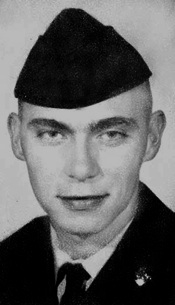 William Franklin Malone was born 13 November 1948, son of Fred Wilson Malone and Mary Ruth Britton. He married Davina Kidwell in January 1968 and entered the military in October 1968. He was killed on 21 June 1969.