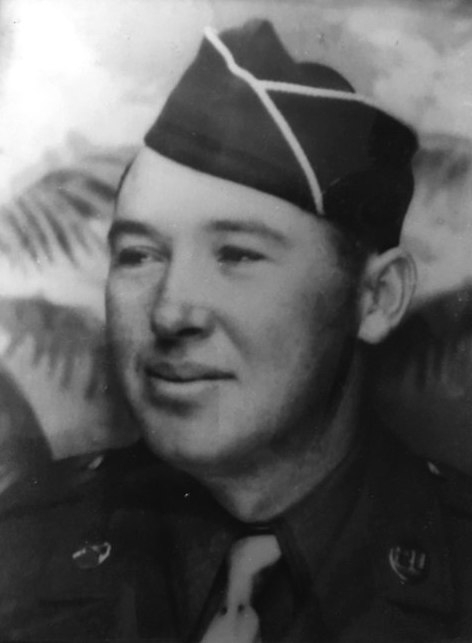 Private First Class William F. Delaney was assigned to the 22nd Infantry Regiment, 4th Infantry Division. The 4th Division in November 1944 was engaged in the Battle of the Hürtgen Forest. He was initially listed on the Tablets of the Missing, Netherlands American Cemetery, Neuville, Belgium. He was buried May 27, 2019, in Lawnville, Tennessee.

The Knoxville Journal, January 9, 1945
William F. Delaney was killed in action in Germany Nov. 22, according to word received by his parents, Mr. and Mrs. A.M. Delaney, Kingston.
Private Delaney had been awarded the Purple Heart for wounds received in action in France, June 22. He had been in service two years and overseas since April, 1944.

KINGSTON, Tenn. – Roughly 75 years ago, U.S. Army soldier Frank Delaney was killed in a foxhole during a fierce artillery battle in Germany during World War II.

His remains were never identified and the 24-year-old from Tennessee was deemed unrecoverable. But now, thanks to a German citizen, investigative persistence and DNA testing, Delaney is no longer a missing man.

Department of Defense officials said Monday that the remains of Army Pfc. William Frank Delaney, of Kingston, Tennessee, have been identified. Two military representatives visited the home of a relative of Delaney’s in Russellville, Kentucky, and informed him of the identification, said Frankie Copeland, Delaney’s niece.

Officials said the 24-year-old Delaney was fighting with the 4th Infantry Division when his battalion launched an artillery strike against German soldiers near Grosshau in the Hurtgen Forest on Nov. 22, 1944. An artillery shell struck Delaney’s foxhole and he was killed.

Delaney was among hundreds of soldiers missing after combat in the Hurtgen Forest. After the war, investigators with the American Graves Registration Command searched for remains in Grosshau.

In 1947, a set of remains that had been discovered by local citizen Siegfried Glassen were sent in for identification in Neuville, Belgium. But attempts to identify the remains were unsuccessful.

Designated “X-5425 Neuville,” the remains were buried in Neuville, at what today is Ardennes American Cemetery, according to a news release from the Defense POW-MIA Accounting Agency.

Historians and scientists studied documents and military records and were able to find a likely association be- tween “X-5425 Neuville” and Delaney.

The remains were disinterred in June 2017 and were analyzed using dental evidence and DNA testing. Delaney was officially accounted for in December.

Copeland, who lives in Roane County, Tennessee, told The Associated Press she was named after her uncle, who went by Frank. A funeral has not been set, but Delaney is expected to be buried near Kingston, Copeland said.

Copeland said Delaney’s family had been told he had jumped off a tank, onto a land mine.

“All of this new information is quite enlightening to us,” Copeland said in a telephone interview. “We’re glad the Army pursued information about what actually happened.”

Delaney’s name is recorded on the Tablets of the Missing at the Netherlands American Cemetery in Margraten, Netherlands. Officials say a rosette will be placed next to his name to indicate he has been identified.

“All of this new information is quite enlightening to us. We’re glad the Army pursued information about what actually happened,” said Frankie Copeland, Frank Delaney’s niece.

KINGSTON, Tennessee — The remains of a World War II soldier from Tennessee who was killed in Germany have been identified, military officials say.

Army Pfc. William F. Delaney of Kingston had been declared unrecoverable before dental and DNA analysis identified his remains, Defense Department officials said. Delaney, 24, was fighting with the 4th Infantry Division when his battalion launched an artillery strike against German soldiers near Grosshau in the Hürtgen Forest on Nov. 22, 1944. An enemy artillery shell struck Delaney’s foxhole, and he died before he could be medically evacuated.

His remains weren’t recovered then because of ongoing combat operations, according to a release from the Defense POW/MIA Accounting Agency. He was among hundreds of soldiers still missing from combat in the Hürtgen Forest when the war ended in 1945.

In 1947, a local resident, Siegfried Glassen, found a set of remains that he thought were of an American soldier, and the remains were sent to the American Graves Registration Command. But the remains could not be identified and they were buried in Ardennes American Cemetery.

Decades later, after an analysis of military records and AGRC documents, the remains were disinterred in 2017 and sent to DPAA for analysis. There the scientists used a range of evidence: dental, anthropological, material as well as mitochondrial DNA analysis.

They discovered that the remains that had been designated years ago as “X-5425 Neuville” were those of Delaney. He was officially accounted for in December. The grave where he was interred as an “unknown” was “meticulously cared for over the past 70 years by the American Battle Monuments Commission,” the DPAA release said.

The body of a fallen East Tennessee soldier came home Wednesday, nearly 75 years after his death in World War II. He’ll be buried in his hometown on Memorial Day.

Army Pfc. William Frank Delaney of Kingston died Nov. 22, 1944, when his infantry regiment clashed with Nazi soldiers near Grosshau in Germany’s Hurtgen Forest. An artillery shell struck the 24-year-old’s foxhole, killing him. His body — and the bodies of hundreds of other Allied soldiers — couldn’t be recovered at the time.

A German citizen discovered Delaney’s remains and turned them over to U.S. forces. The remains couldn’t be identified with the techniques of the day and were buried at the Ardennes American Cemetery in Belgium.

Delaney’s remains lay there for the next six decades. Then in 2017, the U.S. Defense Department’s POW/MIA Accounting Agency dug up the remains and began DNA testing, based on indications in records the body might have been Delaney’s. Officials confirmed the match in December, according to the agency. Delaney’s remains flew into McGhee Tyson Airport in Knoxville just before 7 p.m. for transport to Kingston. He’ll be buried there on Memorial Day in Lawnville Cemetery after a funeral service at Young’s Chapel Cumberland Presbyterian Church on Lawnville Road.

“Finally, Pvt. Delaney will be laid to rest in Tennessee, under a headstone with his name, in the same cemetery where his parents are laid to rest,” said Courtney Rogers,state commissioner ofveterans services. “We extend our deepest condolences and support to his family and look forward to welcoming this Tennessee hero home.”

Gov. Bill Lee has declared a day of mourning from sunrise to sunset on Sunday in Delaney’s memory. “This young soldier’s bravery and sacrifice should always be remembered, and I’m glad we can honor him and his family today,’ Lee said. 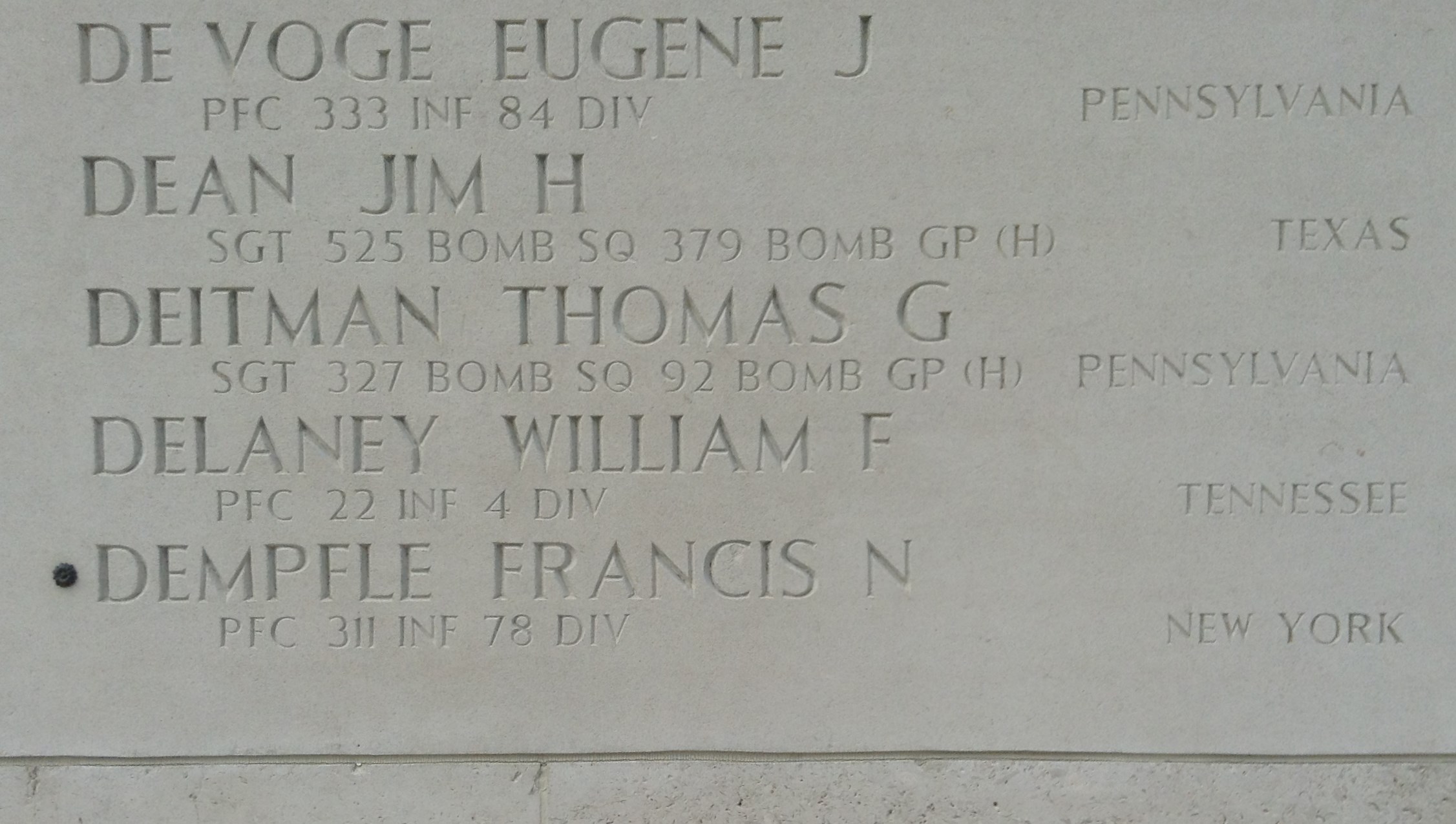 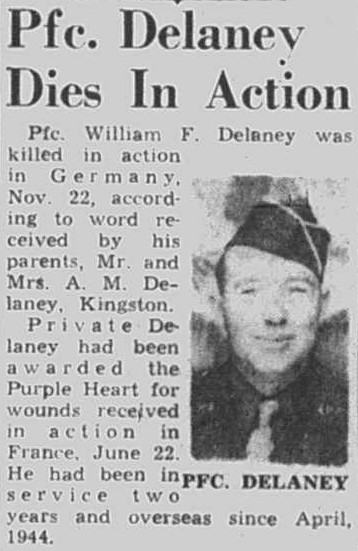