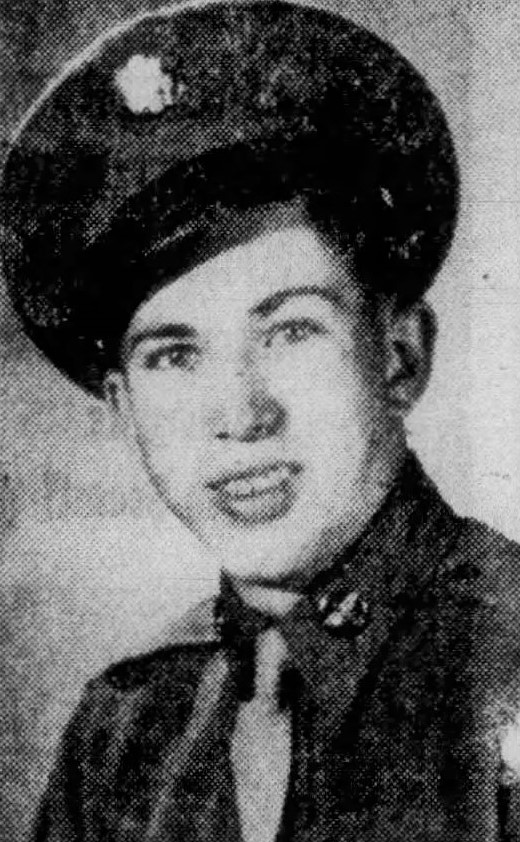 William was born on 4 October 1928 in Johnson City, Washington County, Tennessee. He enlisted as a Private in the United States Army on 21 January 1947 at the age of 18. After Basic “Boot” Camp, he received advanced training as a Telephone Lineman. Soon after 18 September 1947, William was transferred from the Army to the newly formed United States Air Force.

He was assigned to the 1st Telephone and Carrier Squadron and later achieved the rank of Sergeant. During the Korean War, William’s squadron was deployed to South Korea and attached to the 7th Communication Operation Squadron, 5th Communications Group, 5th Air Force based at Seoul, South Korea.

On 20 December 1951, William was killed in a vehicle accident five miles north of Miryang, Gyeongsangnam-do Province, South Korea along Route “Red Diamond” between Taegu and Pusan. He was 23 years old and for his service William was awarded the National Defense, Korean Service, United Nations Service and the Republic of Korea War Service Medals. He returned home to his loved ones in late March 1952 and was interred in the family plot in Section RJ on 28 March 1952 at the Monte Vista Memorial Gardens in Johnson City, Tennessee.

The Johnson City, June 3, 1951
William E. Williams, son of Mr. and Mrs. Joe Williams, has been promoted to the grade of sergeant. Williams entered service January 28, 1948 and had served with the Ninth Air Force, 14th Air Force and since September 29, 1950, has been serving with the Fifth Air Force in Korea.

The Johnson City, December 23, 1951
Mr. and Mrs. Joe Williams, 3 Florida street, have received word that their son, Sergeant William E. Williams, was killed in a motor vehicle accident in Korea on December 20. He had been in the Air Force four years. 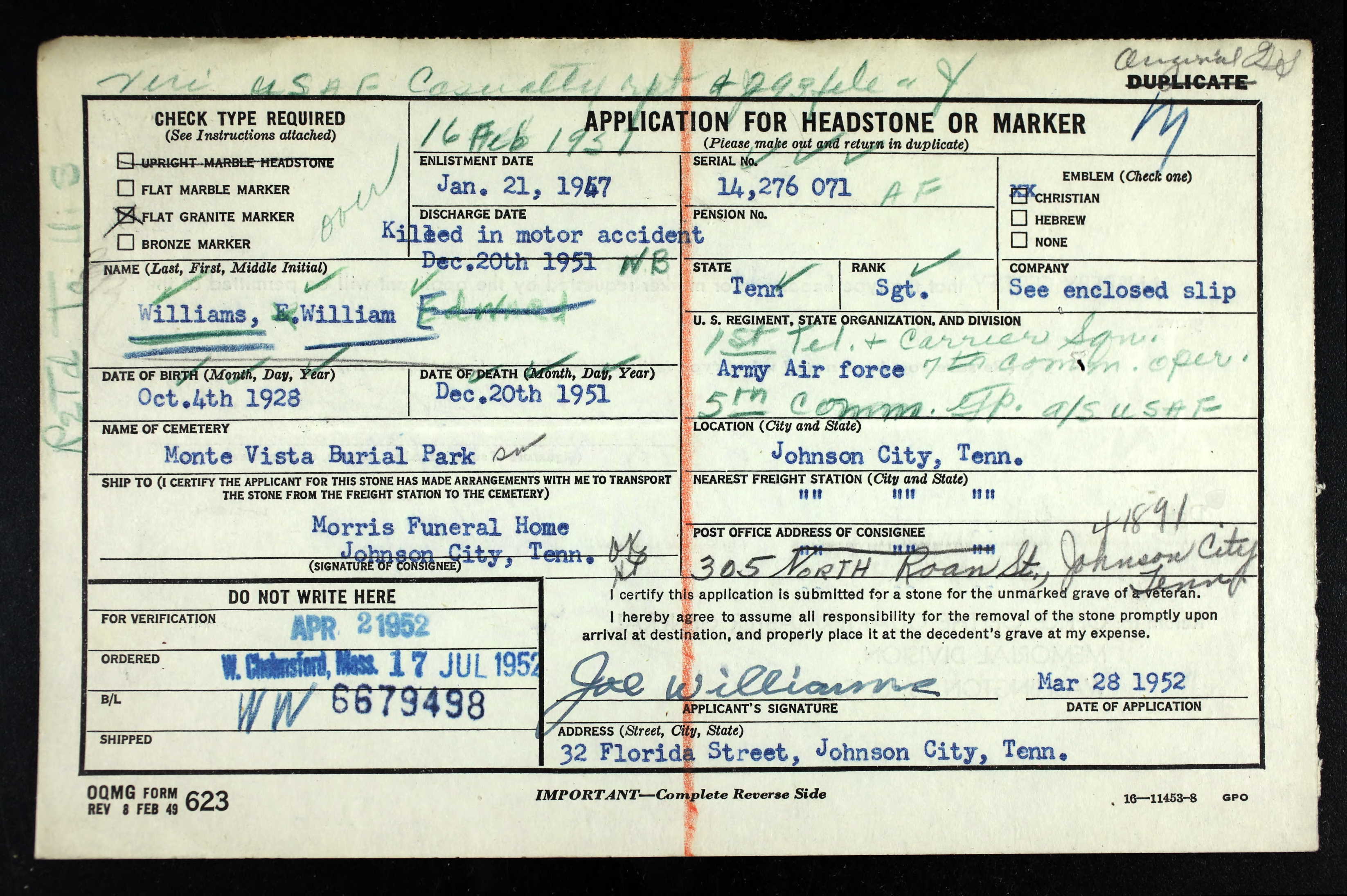 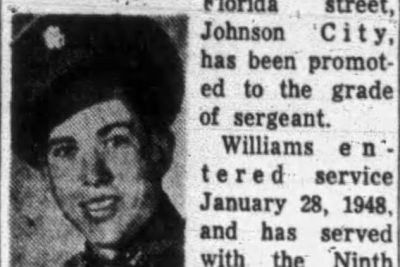 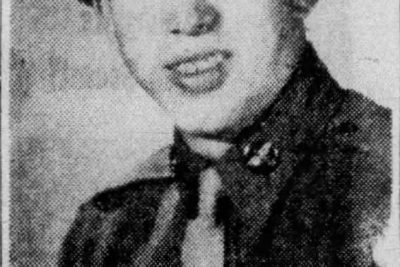