William Everette Stulce died near Palmer, Tennessee due to an airplane crash. He was the son of Hardy M. Stulce and Lily Layne.

The Kingsport News
Navy Lieutenant killed as plane explodes, crashes. Chattanooga – Lt (j.g.) William E. Stulce of nearby Daisy, a veteran of Pacific air campaigns, was killed in the explosion and crash of his Navy fighting plane during a flight Tuesday from Northern Field, Tenn., to Lovell Field here.

His body and the wreckage of the plane were found early Wednesday by search crews from Northern Field. Other pilots in the flight reported at Northern Field that Stulce’s plane was smoking and losing altitude when he turned it over to parachute out. The plane exploded at that instant, he said. 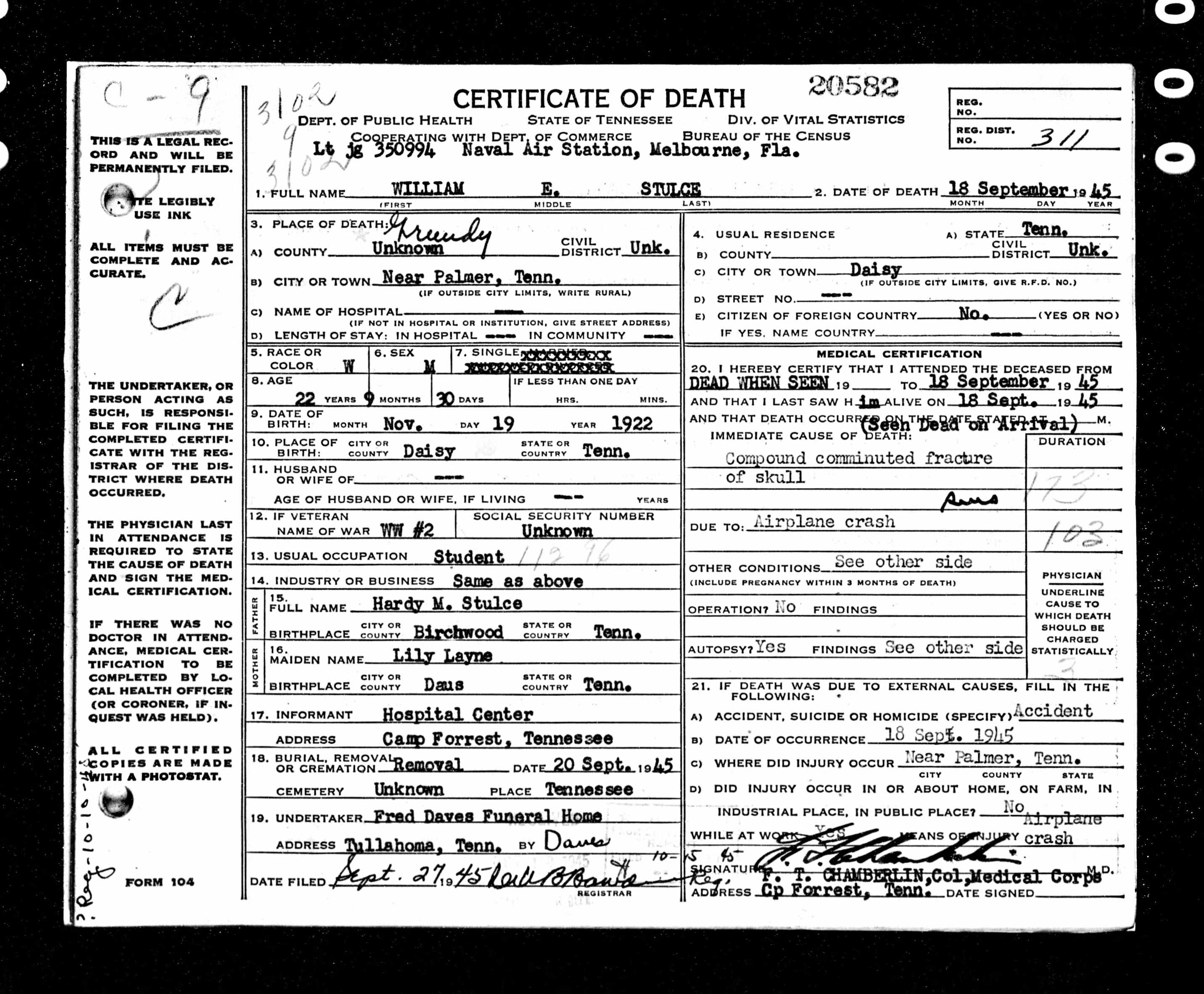 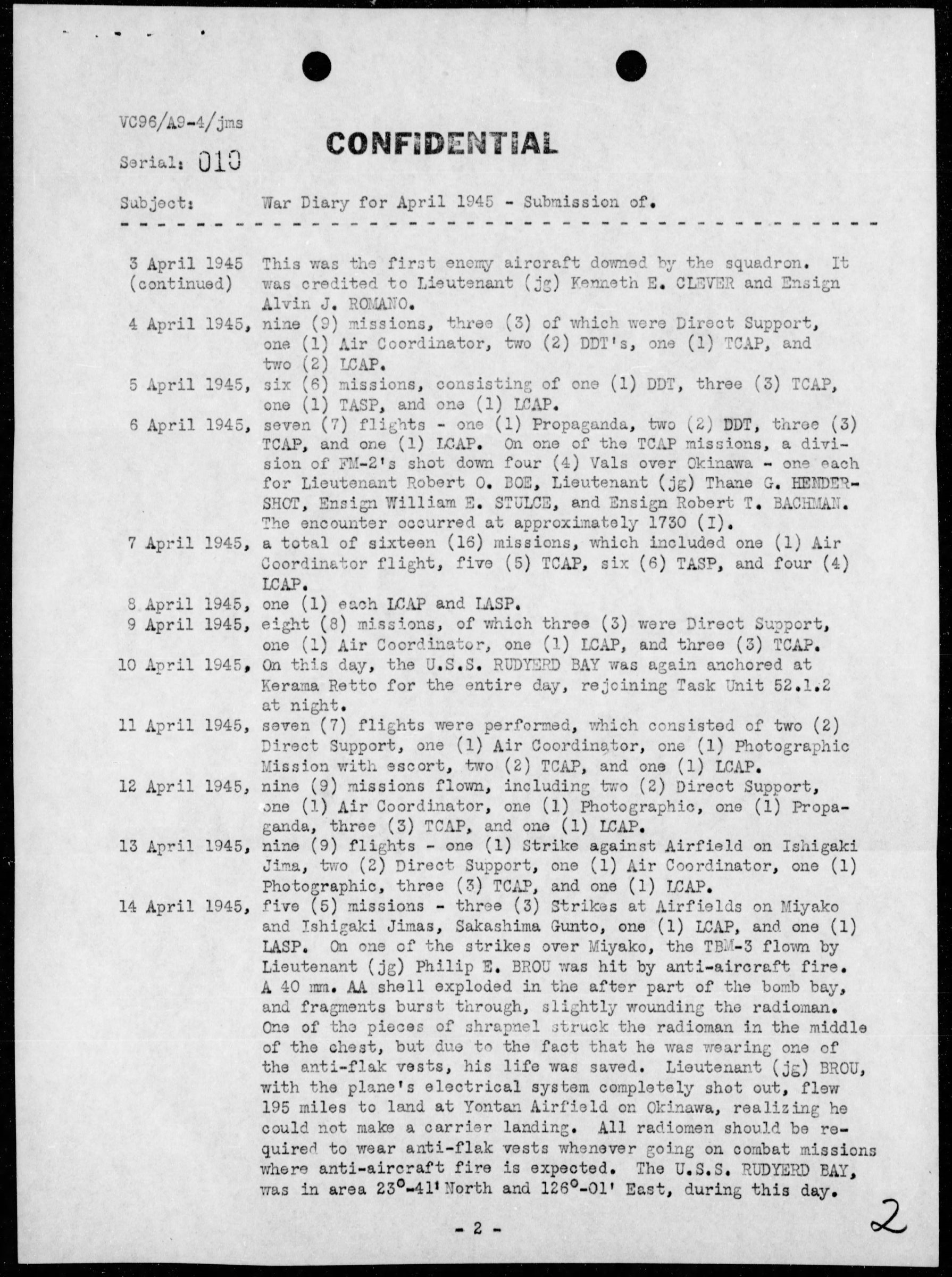 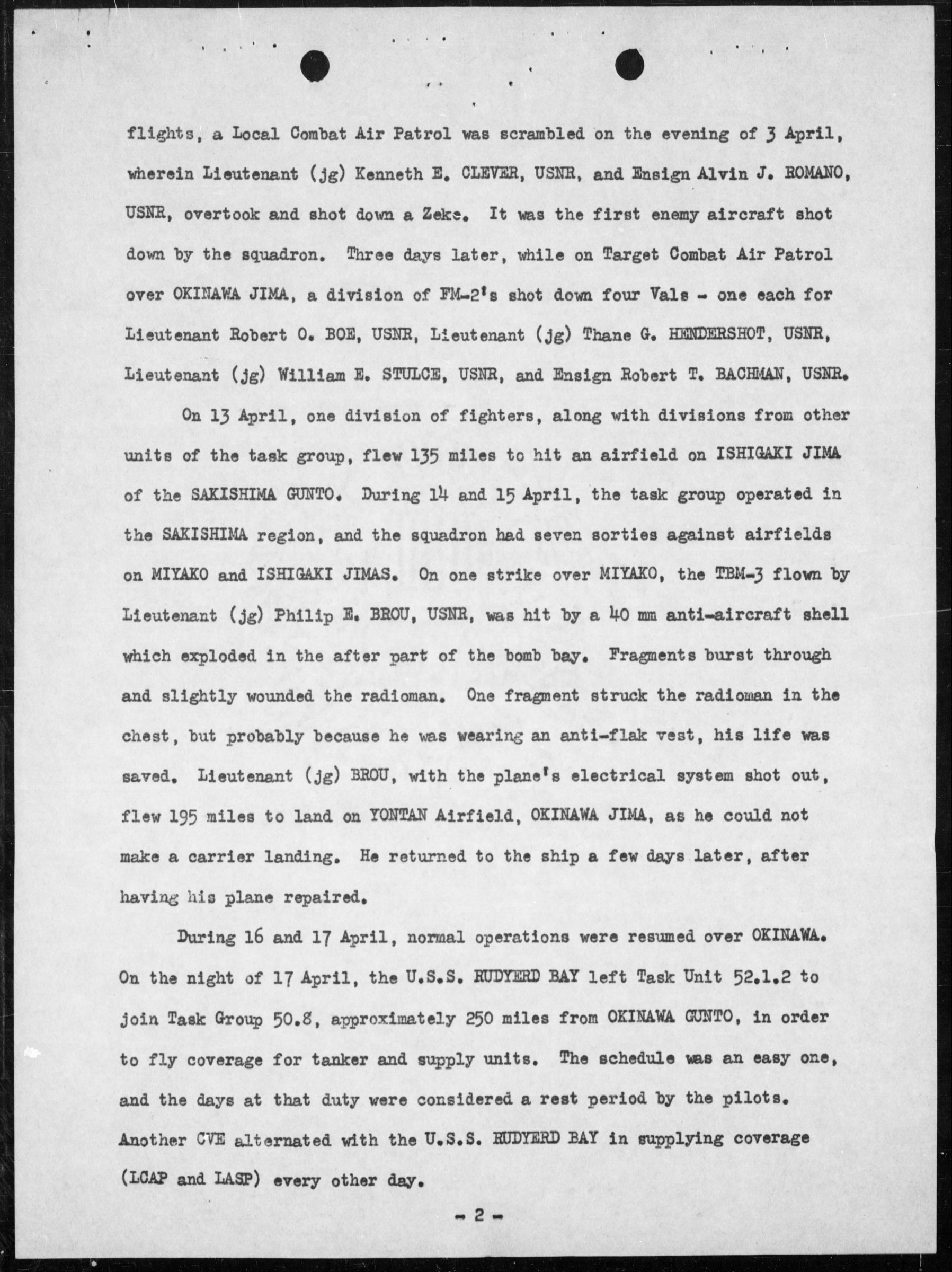 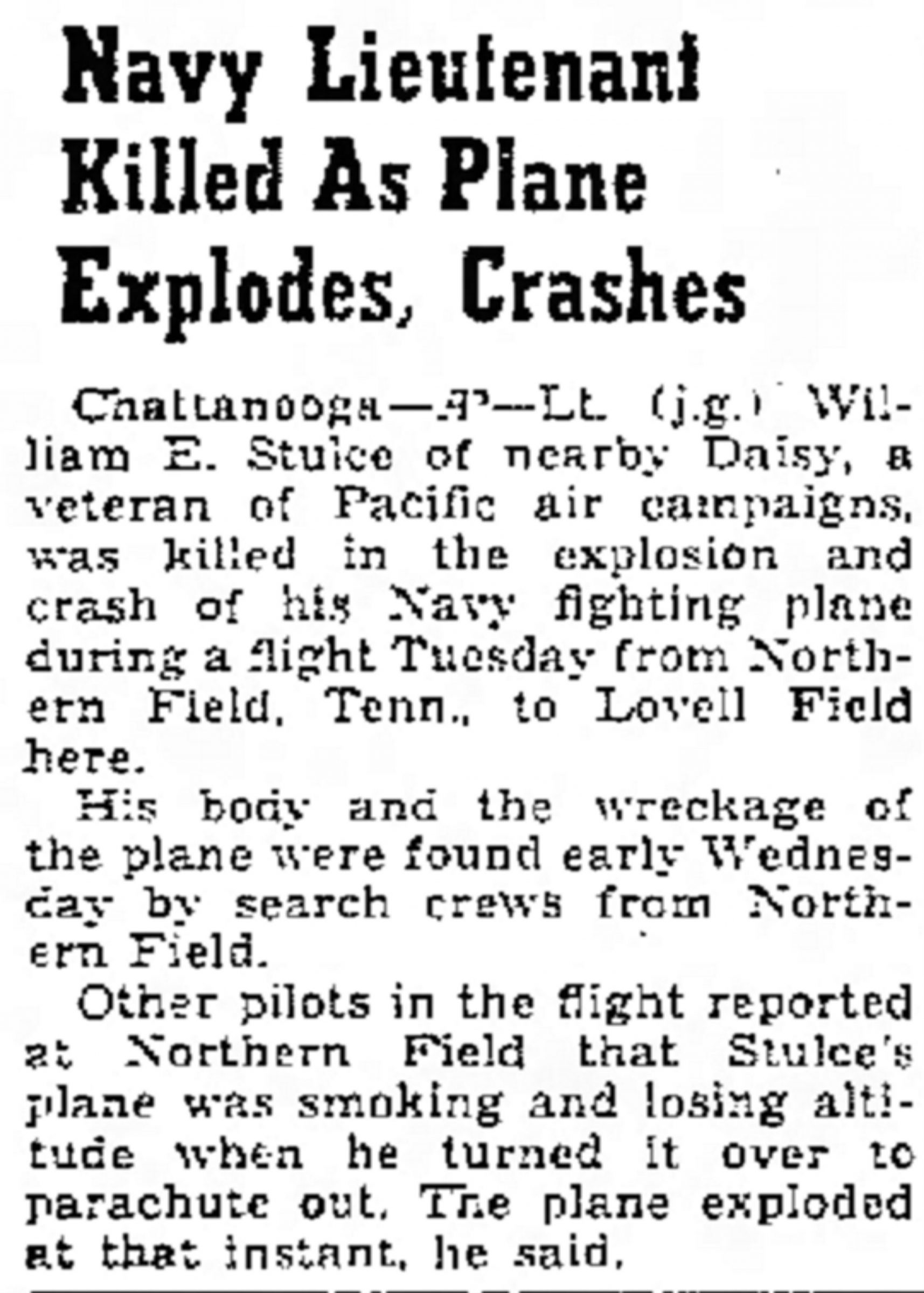