William Eugene Parsley served on the U.S.S. Warrington (DD383). The Warrington was sunk by the 1944 Great Atlantic hurricane off the Bahamas on 13 September 1944.

The Knoxville News-Sentinel, October 1, 1944
Mr and Mrs. William Parsley, of Three Points, have been notified of the death of their son, Seaman First Class William Eugene Parsley, who was lost with the U.S. Destroyer Warrington, which was sunk by a hurricane in the Atlantic, Sept. 13. Seaman Parsley had been in two major battles in the South Pacific and had returned to the U.S., where later he was assigned in the Atlantic.
He was a fourth-year student at Gibbs High School when he volunteered in the Navy, Aug. 2, 1943. He was a member of Union Baptist Church. 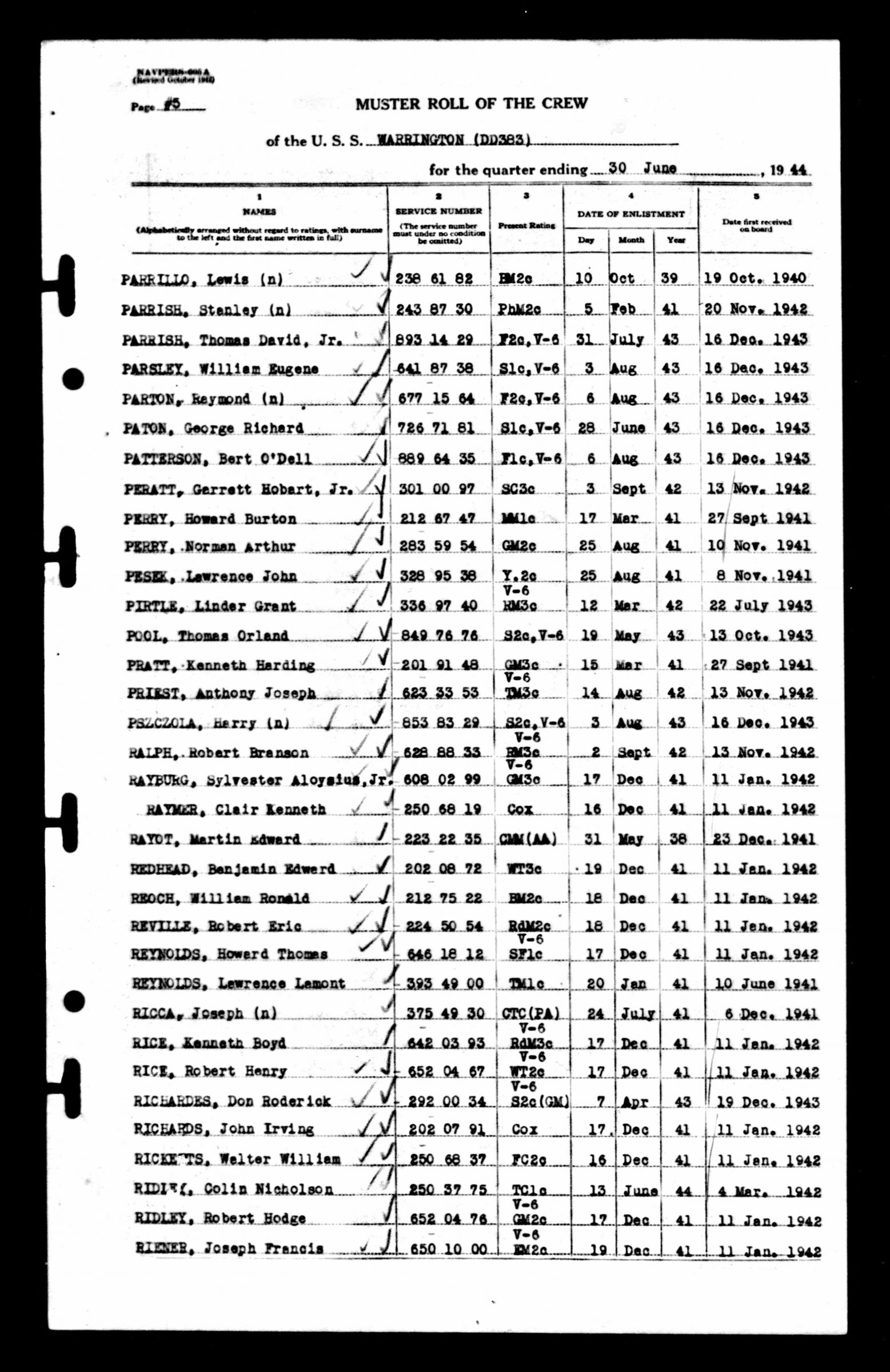 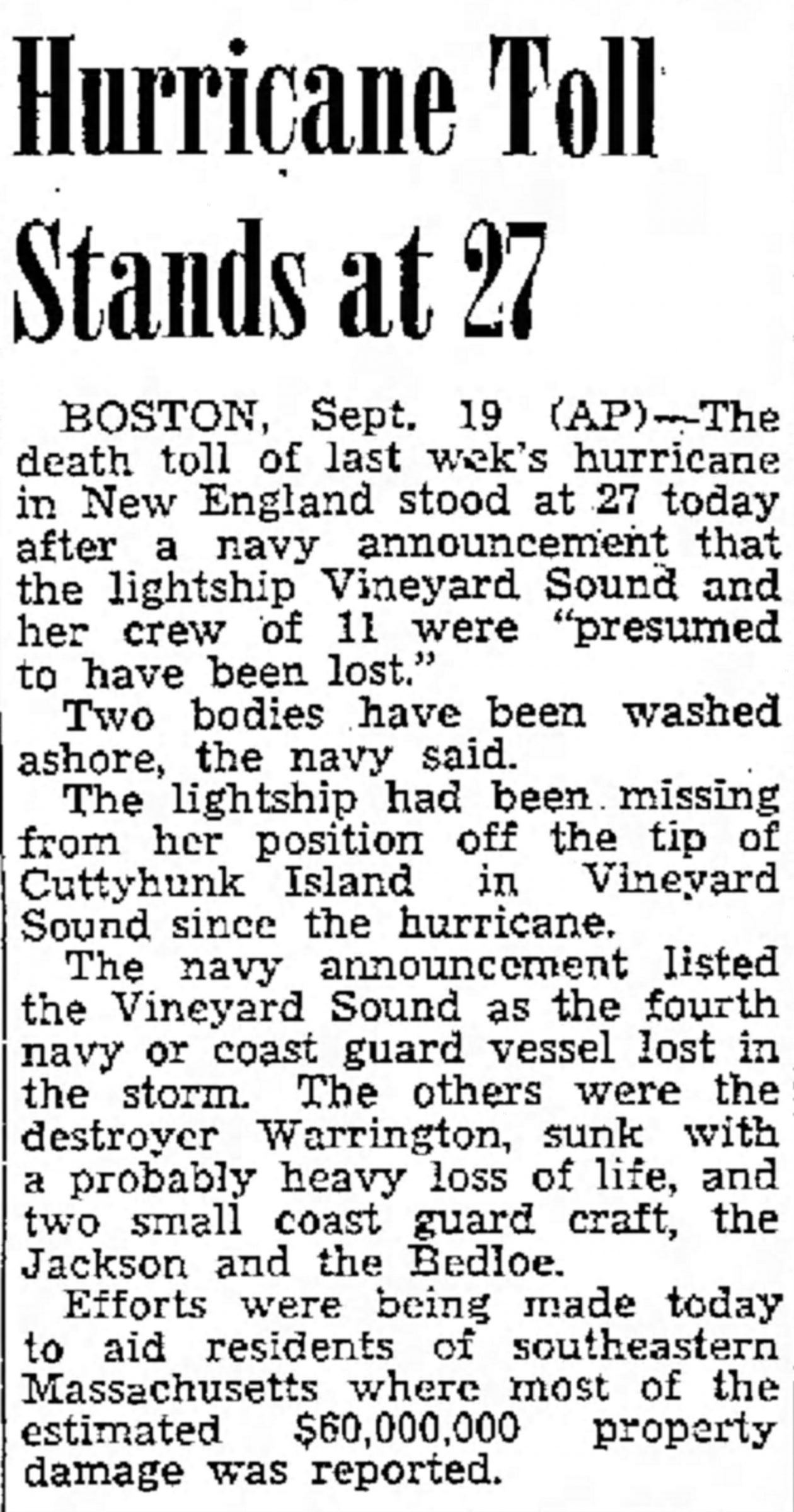 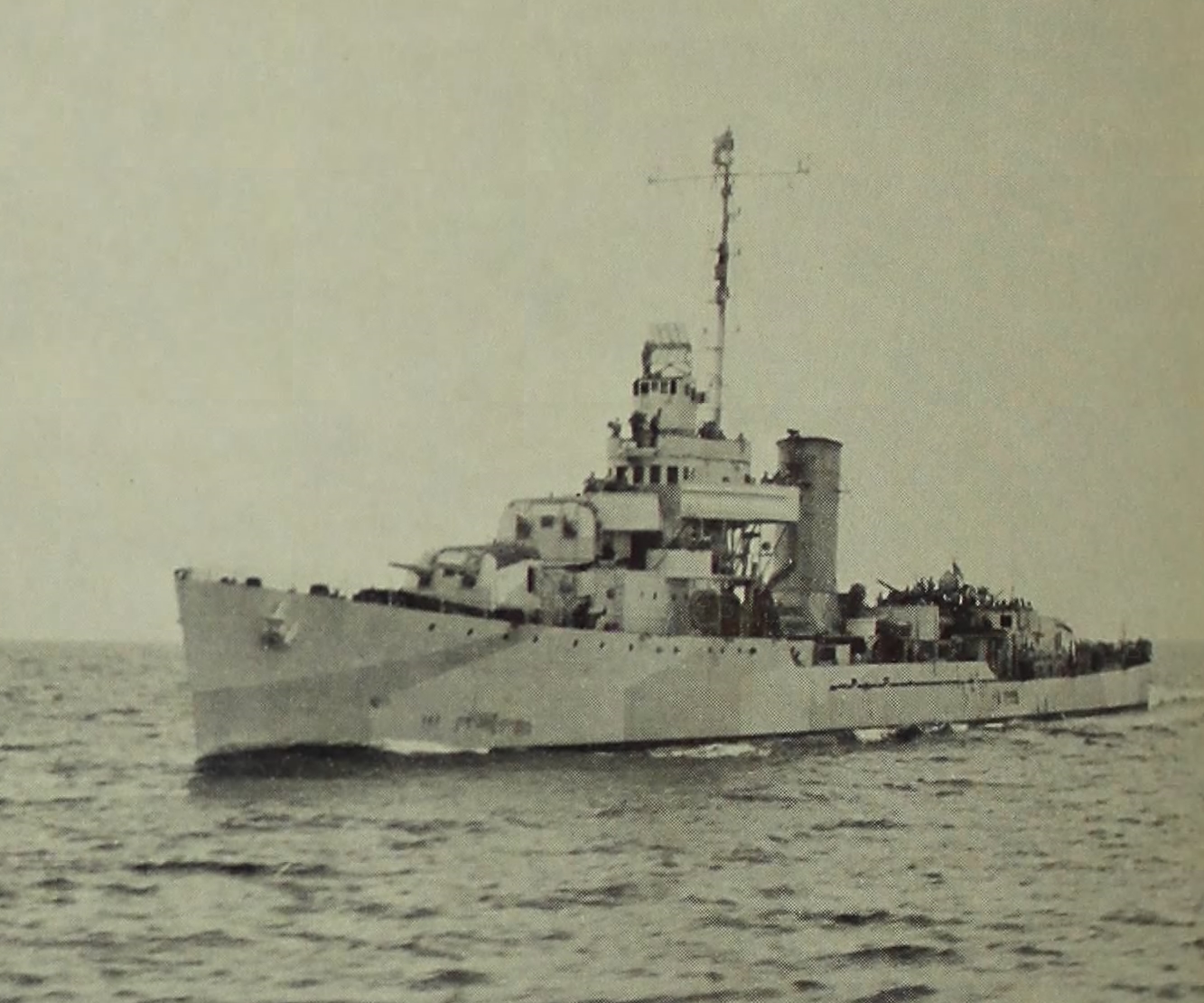 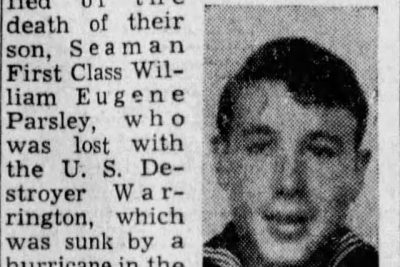