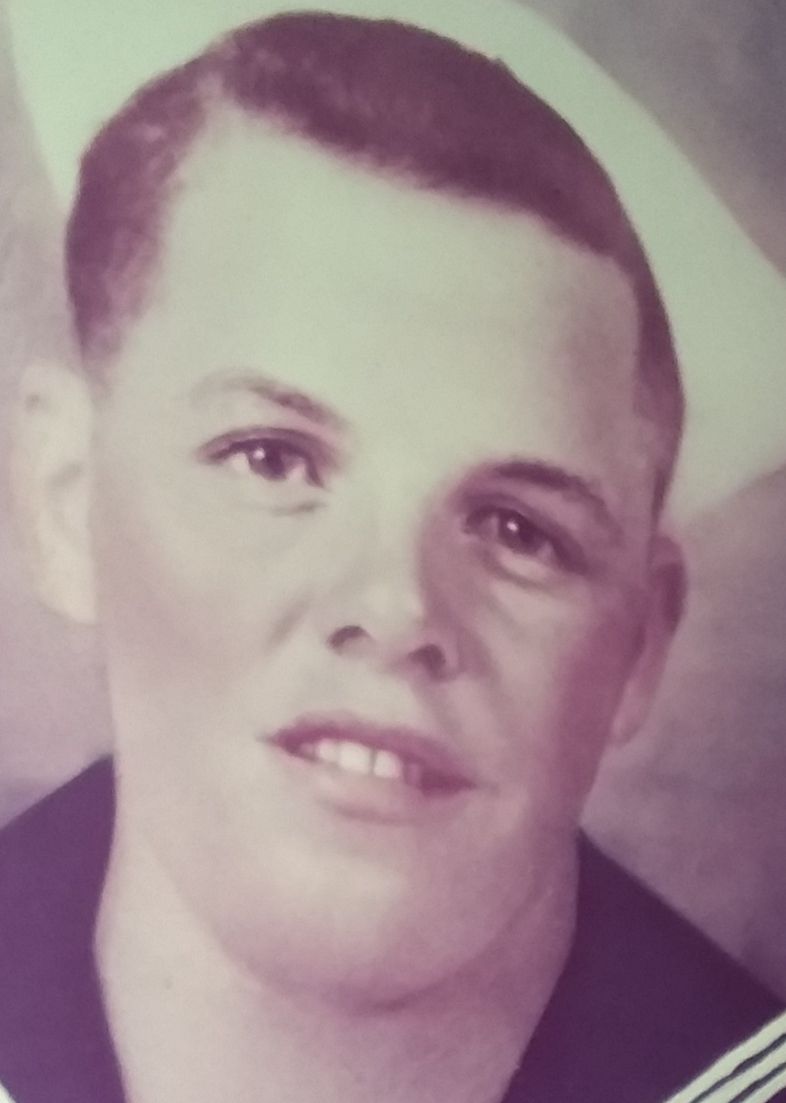 William Edward “Bill” McCravy  was born 21 September 1923
Served on the USS Ticonderoga
He was killed in action and buried at sea, 21 January 1945

In January 1945, the Ticonderoga took part in raids against Japanese assets in Indochina, China, Luzon and Formosa. Hit by two Kamikaze suicide planes on 21 January, she lost over 140 crewmen and had to go to the U.S. for repairs. The Ticonderoga returned to the combat area in late May. For the remaining two and a half months of the Pacific War, her planes made regular attacks on the Japanese home islands.

Rogersville Review, February 22, 1945
William E. McCravey S1/c, age 21, son of Mr. and Mrs. Steele McCravey, of Bulls Gap, has been reported killed in action somewhere in the Pacifc. His parents were notified February 7th. Seaman McCravey, who was employed by the Southern Railway before joining the service, was a graduate of Whitesburg high school. He was a nephew of Mrs. Rex Brewer, of Rogersville.
It is believed McCravey is the first sailor from Hawkins county to be lost in this war, although a coast guardsman and several marines have been killed.

Rader- McCravey VFW Post 9683 in Bulls Gap was named as a memorial to William McCravey. 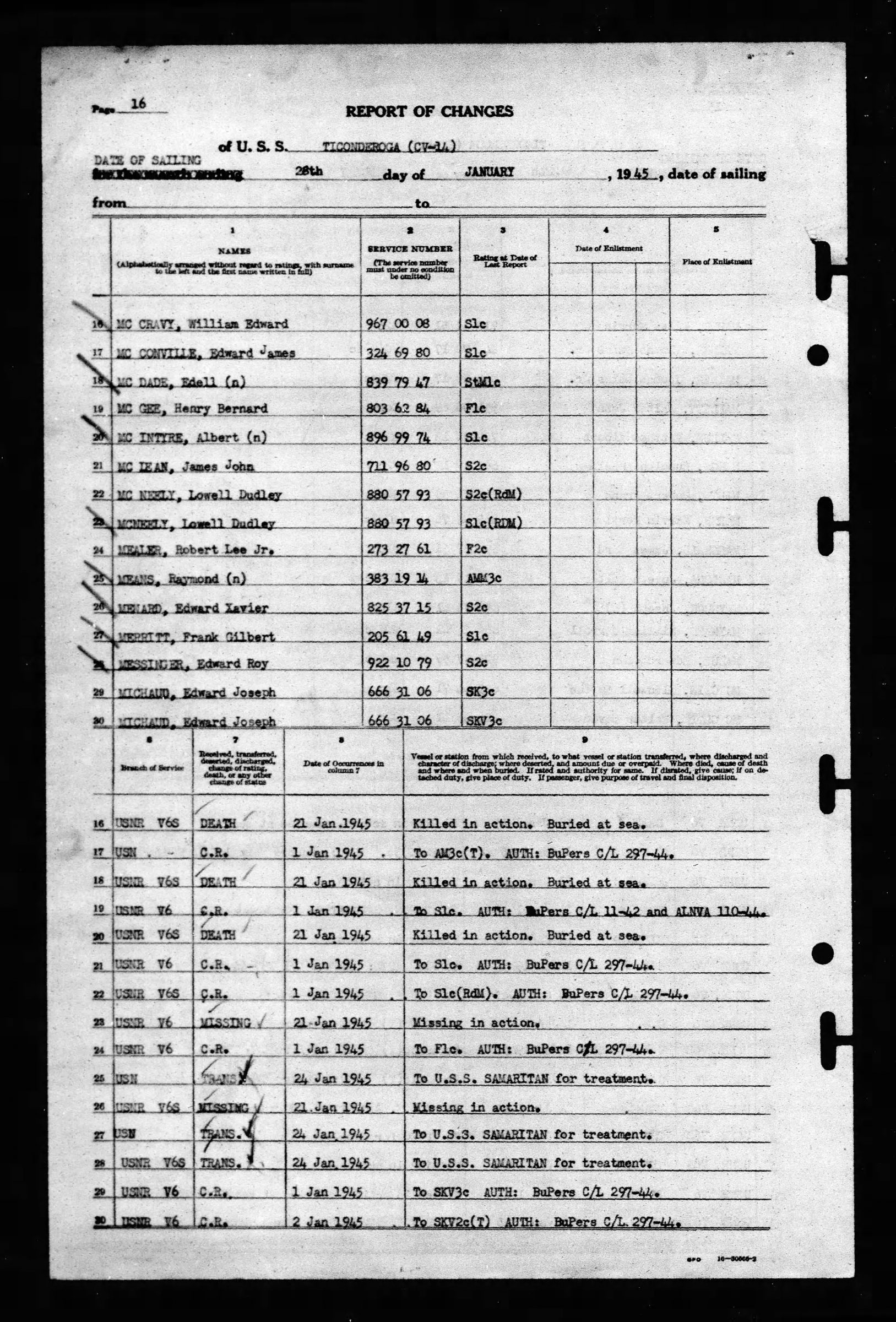 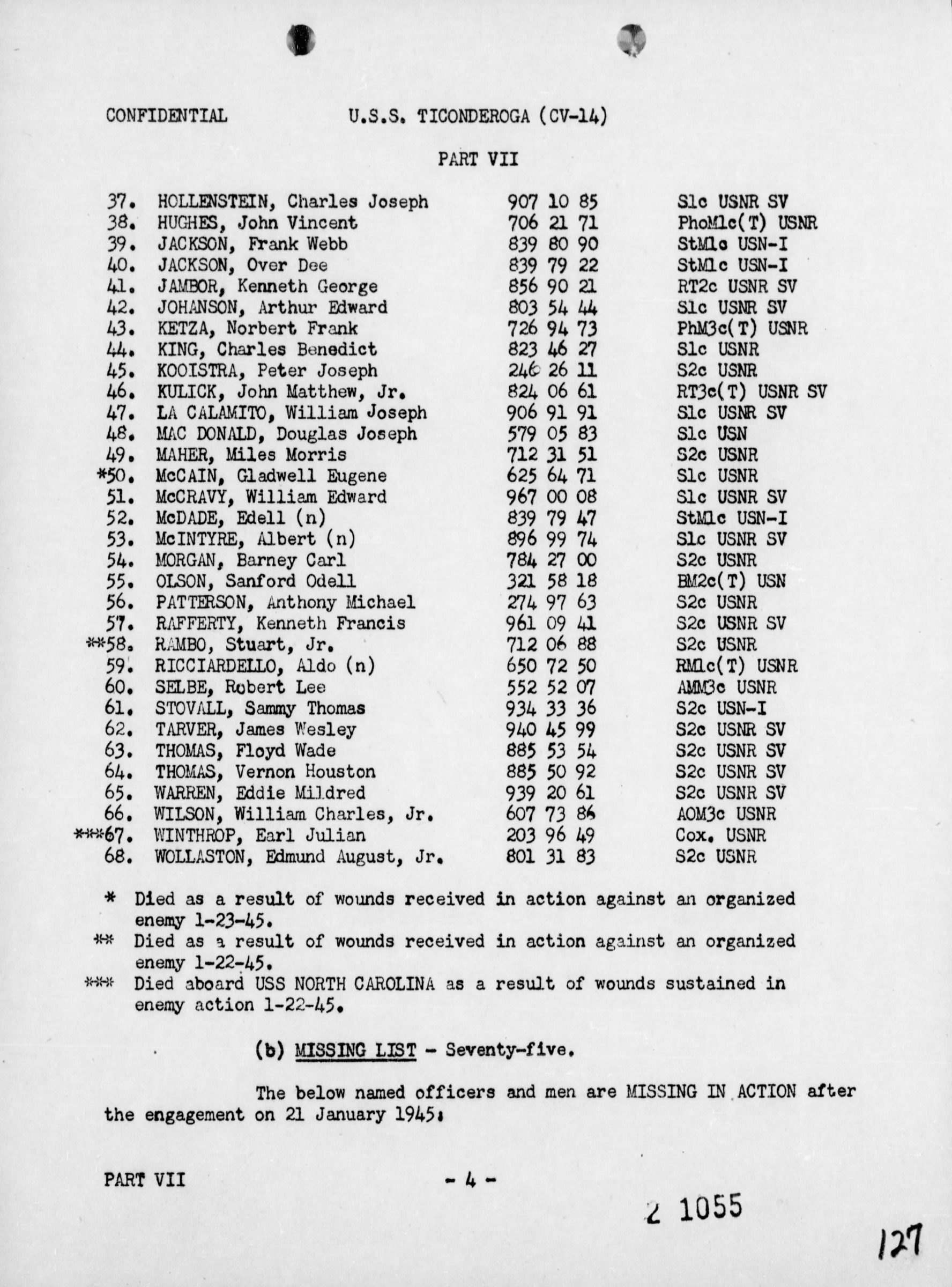 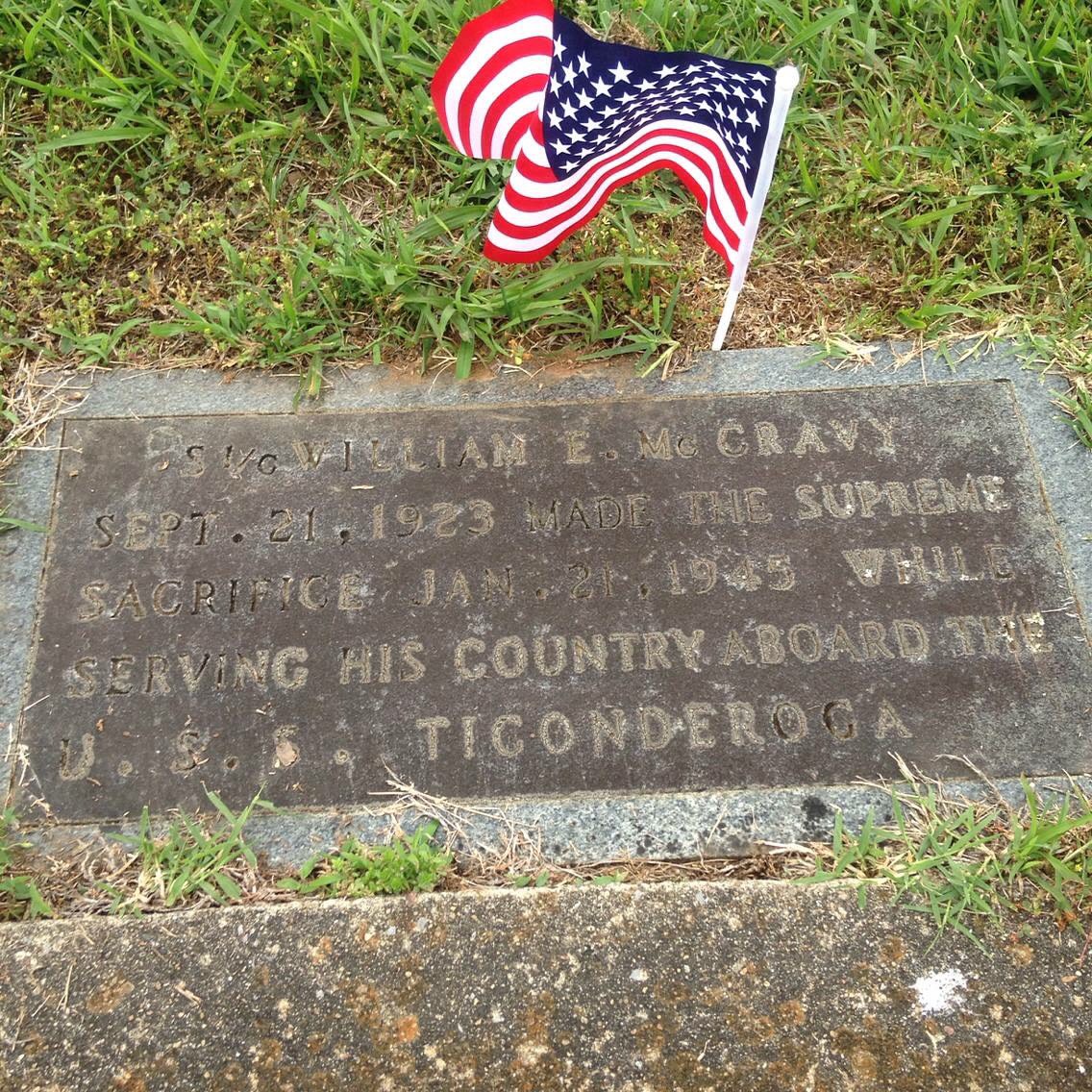