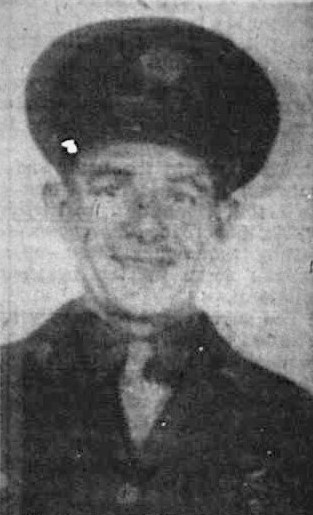 The Knoxville Journal, March 12, 1943
Pvt. William Eston Harmon, 32, nephew of Mr. and Mrs. Charles A. Harmon of Martin Mill Pike, has been listed as missing at sea in the North Atlantic since Feb. 2, according to a telegram received from the War Department by his relatives on Feb. 12.
Private Harmon entered the U.S. Army on July 8 and was stationed with the Army Engineer Corps at Fort Belvoir, Va., and later sent to Boston, Mass. He made his home with Mr. and Mrs. Charles A. Harmon since he was seven years old and attended Moreland Heights School. 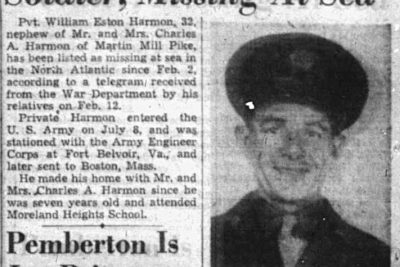