He was a Private with 141st Infantry Regiment, 36th Infantry Division, U.S. Army.

On August 15, 1944, as part of the American 6th Army Group, the 36th division made an amphibious assault landing, against light opposition in the Saint-Raphael-Frejus area of Southern France as part of Operation Dragoon. A rapid advance opened the Rhone River Valley, and Montelimar fell on August 28, 1944. As a result large German units were trapped. Private William E. Collis was killed in action during this assault on August 25, 1944.

He was  returned from Draguignan-St. Raphael, France and is buried at the Knoxville National Cemetery, Knoxville, Tennessee.

The Loudon County Herald, October 5, 1944
Mrs. Ruth Robinson, of Route 2, Loudon, was notified last week that her husband, Pfc. Edward Collis, had made the supreme sacrifice on the field of battle in Southern France on August 25, 1944. Pfc. Collis, has received the Purple Heart for his actions in other engagements. He was the son of U.L. Collis of Route 4, Vonore. Pfc. Collis was a veteran of three theaters of operations. Having served in the African and Italian campaigns and finally in Southern France. Loudon County is proud of his record and is sad to have lost such a brave and courageous son. 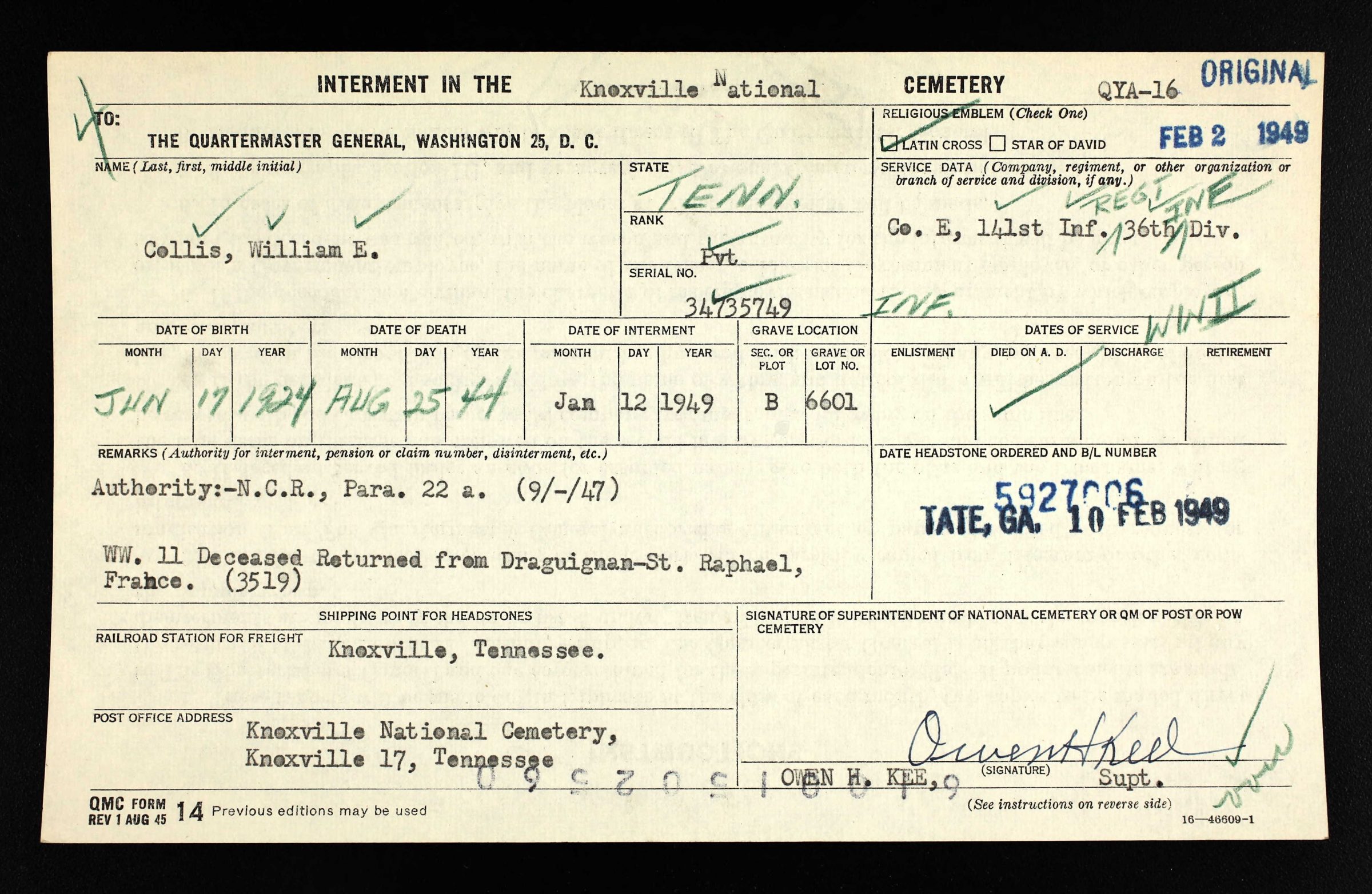 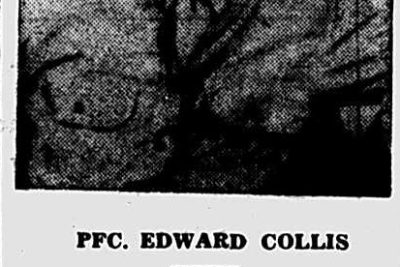