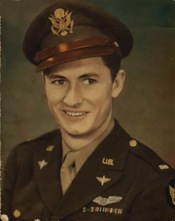 William Dyche Mullinix was born in 1920, Tennessee. He enlisted in the Air Corps on 1 April 1942 at Knoxville, Tennessee.

On 25 February 1944, Marauder B-26B-16, Serial number 41-31660, nickname Jessie, departed from AAF Station 162 (RAF Rattlesden, England) on an Operational Bombing mission to an airfield at Venlo, the Netherlands. It crashed into the North Sea  off the Dutch coast at Scheldemonding, the Netherlands.

Eyewitness statement from Sgt Valentine G. Frisz:
I was flying in the waist gunner’s position of the ship that was wing to wing with Lt Lansing’s ship. Lt Jansing was on our right wing. The enemy fighters pulled up close behind us. On the first pass the fighters set fire to our wing man. The fire appeared to be on top of the wing in the main gas tank. The plane dropped out of the formation to the cloud bank several thousand feet below us. Two fighters dropped out and seemed to sit on the tail of Lt Lansing’s ship. The fire could be seen to spread. The ship stalled on its tail and the bomb bay doors were noticed to be opened but no one bailed out. The ship was losing altitude, and then the tail seemed to fall off. When I last saw the ship it was entering the cloud bank and seemed to be falling apart entirely aflame.

He is memorialized at Cambridge American Cemetery in England. 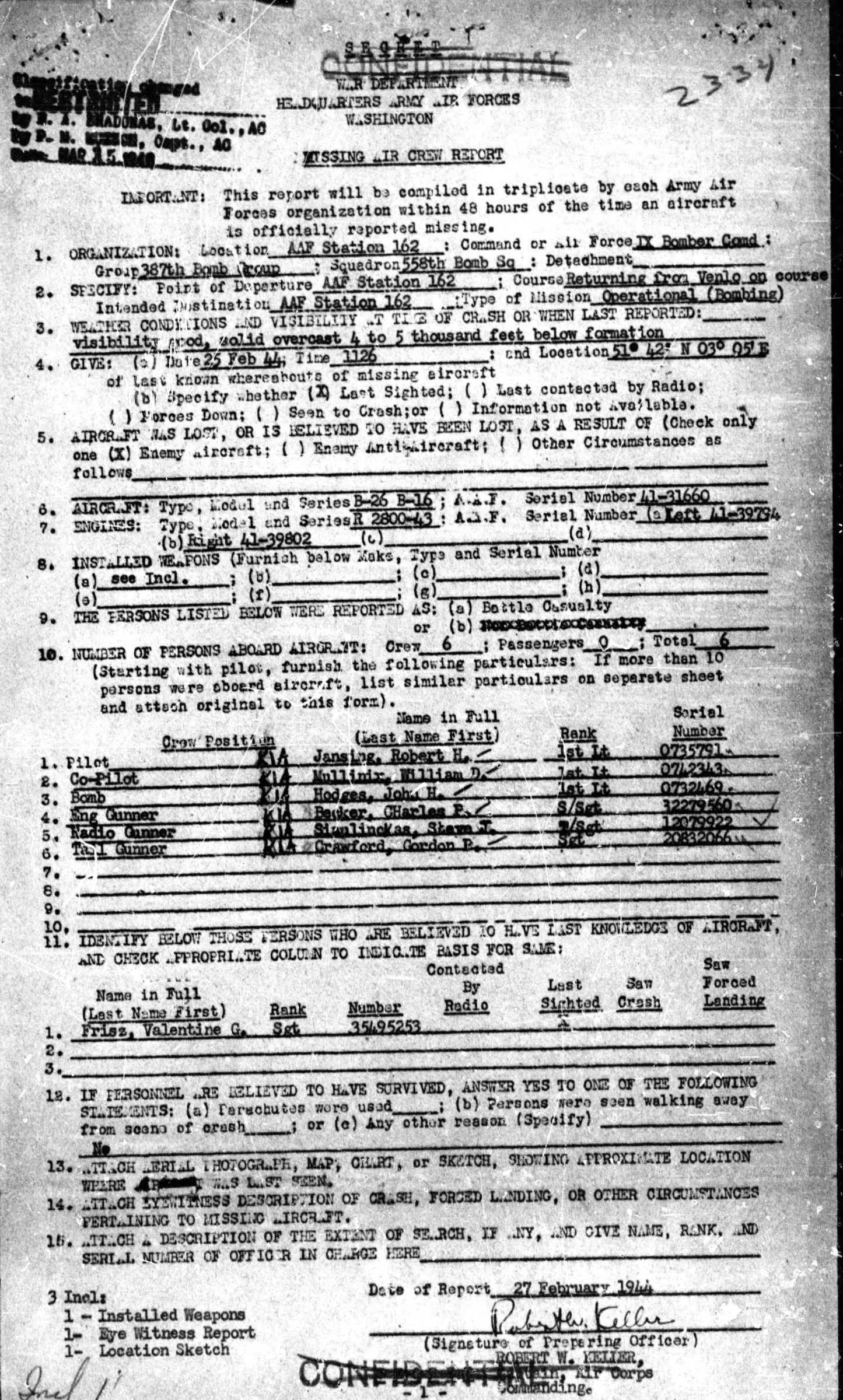 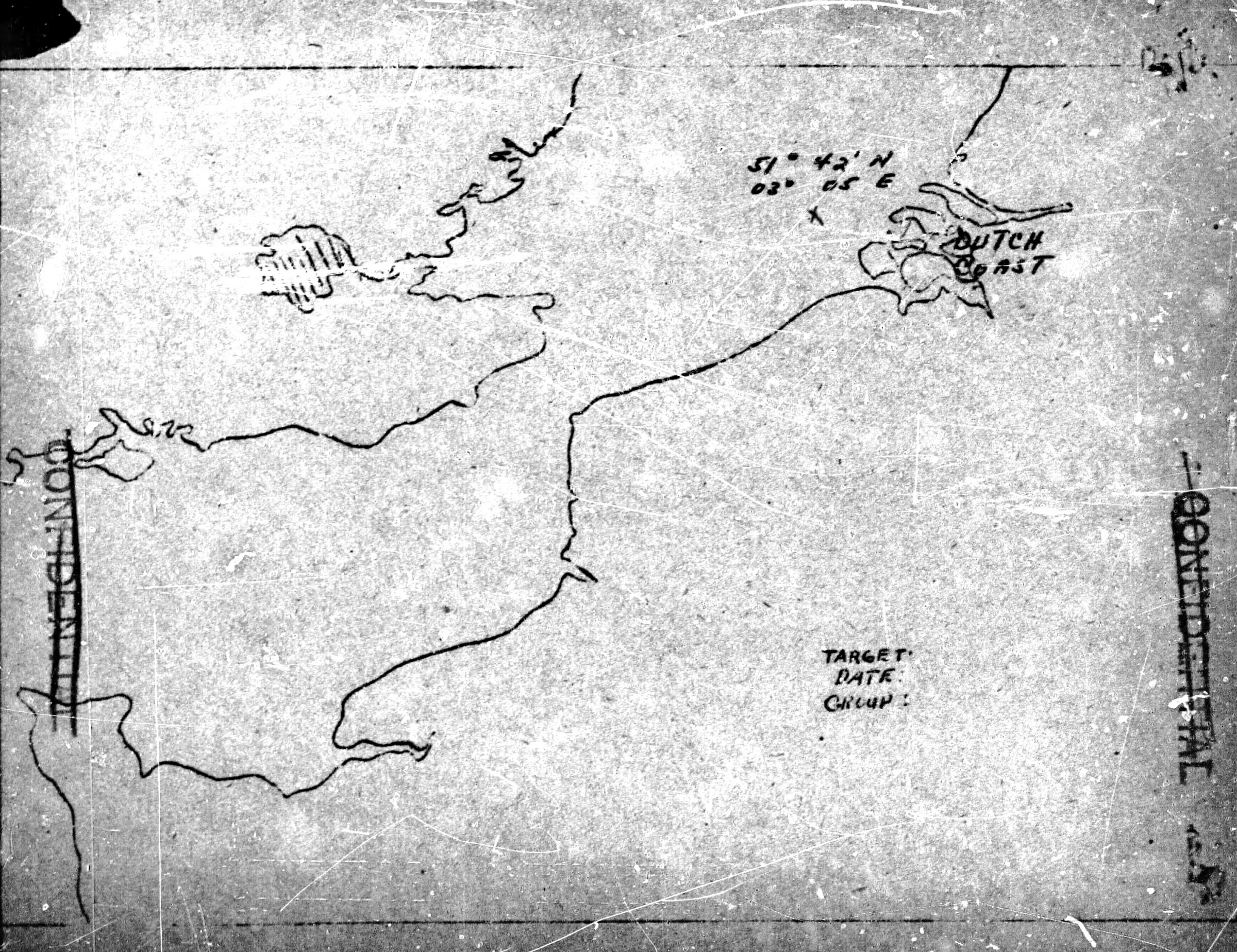