First Lieutenant William Moody enlisted in the US Army in March 1939. He was commissioned 18 Nov 1942. At the time of his death is was assigned to C Company, 2nd Ranger BN. Most books about D-Day tell the story of his valor and death on 6 June 44.

United States Army, for extraordinary heroism in connection with military operations against an armed enemy while serving with the 2d Ranger Battalion, in action against enemy forces on 6 June 1944, at Normandy, France. On D-Day, First Lieutenant Moody led his platoon, in the face of heavy and intense enemy fire, across the beach to the comparative safety of the cliffs overlooking the beach. He then climbed the cliffs and secured ropes to the top for the ascent of the remainder of his platoon. Without waiting for his men to reach the top, First Lieutenant Moody valiantly moved to attack and clear the enemy out of his trenches in this vicinity. He was advancing upon an enemy position when he was killed by a sniper. The extraordinary heroism and courageous leadership displayed by First Lieutenant Moody were an inspiration to the men of his platoon and exemplify the highest traditions of the military forces of the United States, reflecting great credit upon himself, his unit, and the United States Army.
Headquarters, First U.S. Army, General Orders No. 70 October 17, 1944

1st Lieutenant William Moody returned from St. Laurent-Bayeux, France and was buried December 19, 1947, at the US National Cemetery in Knoxville. 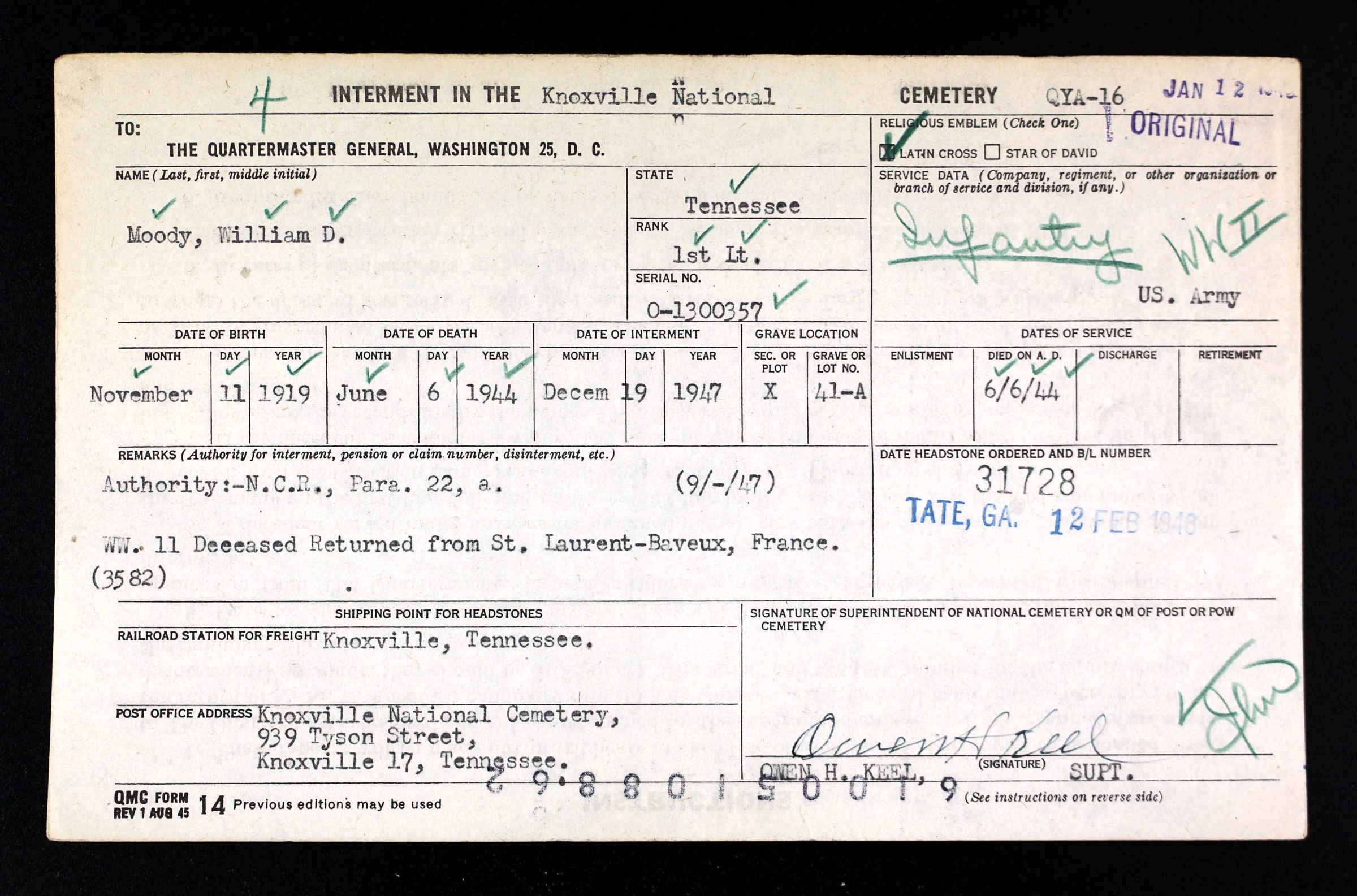 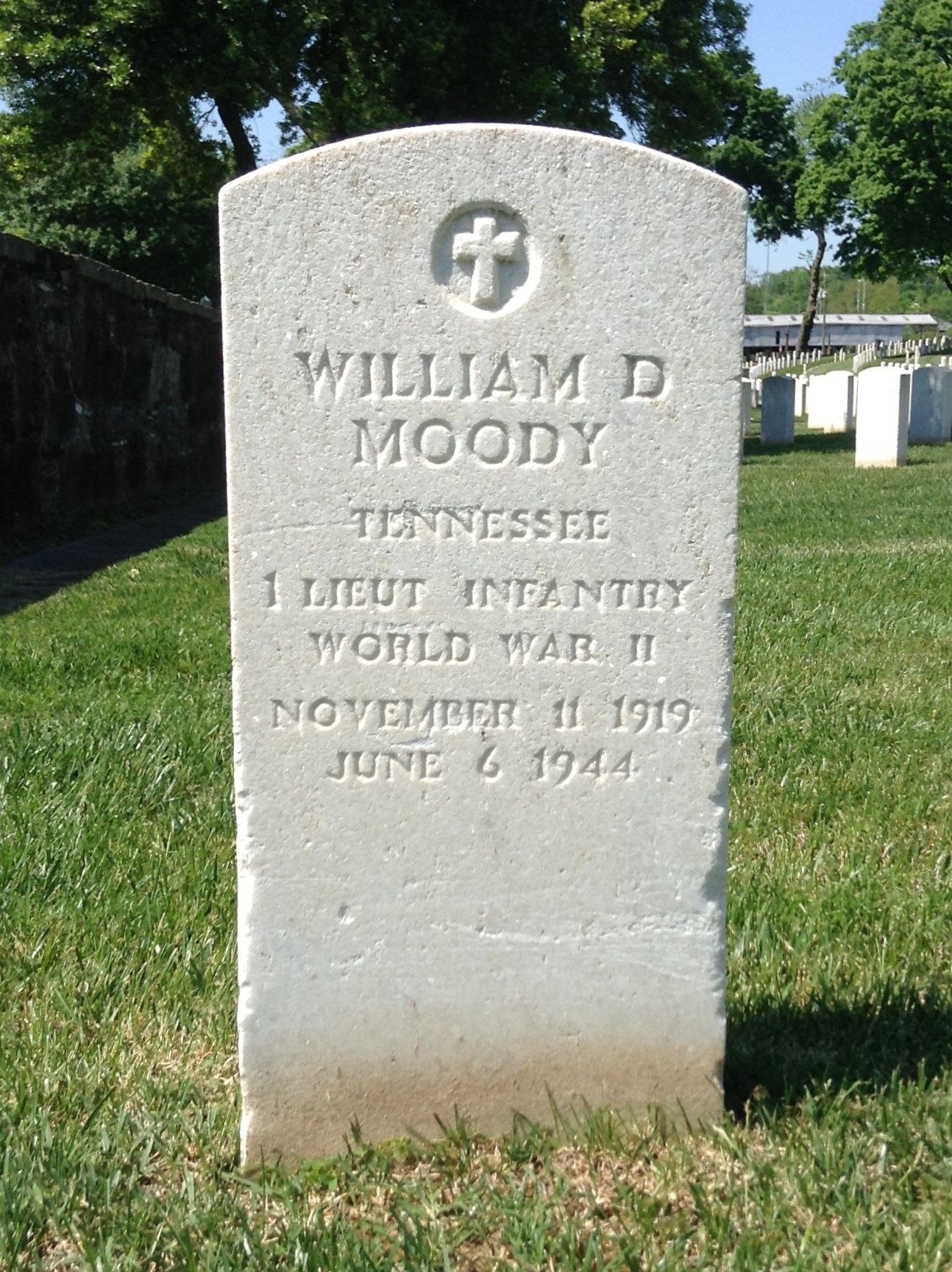