The Anniston Star (Alabama), 10 August 1943
Two die in crash. Columbus, Miss. – The Public Relations Office at the Columbus Army Air Field said today that two flying cadets were killed near the field yesterday in the crash of a twin-engined, AT-10 training plane. They were listed as William C. Wheat Jr., son of Mr. and Mrs. William C. Wheat of Chattanooga, Tenn., and Franklin E. Wells, 26, son of Mrs. Catherine E. Wells, of Providence, R.I.

Aviation Cadet William Wheat, 25, son of Mr. and Mrs. W.C. Wheat of Chattanooga, Tenn., and grandson of Mrs. E.L. Wheat of Crandall, was killed Monday morning in an airplane accident at Columbia, Miss, it has been learned here. Cadet Wheat was a nephew of Luk Cox and has several cousins in Little Murray. Son of Mr. Wheat of the Chattanooga police force, the cadet was a former star athlete at Central High school and the University of Chattanooga. He was to have received his commission as Second Lieutenant this month. He had been in the Army for more than two years. Other survivors are the flier’s wife, the former Miss Ruth McEwen Anderson; two brothers, Lt. J. Robert Wheat, of Geneva, Neb. And Fred Wheat of Chattanooga. 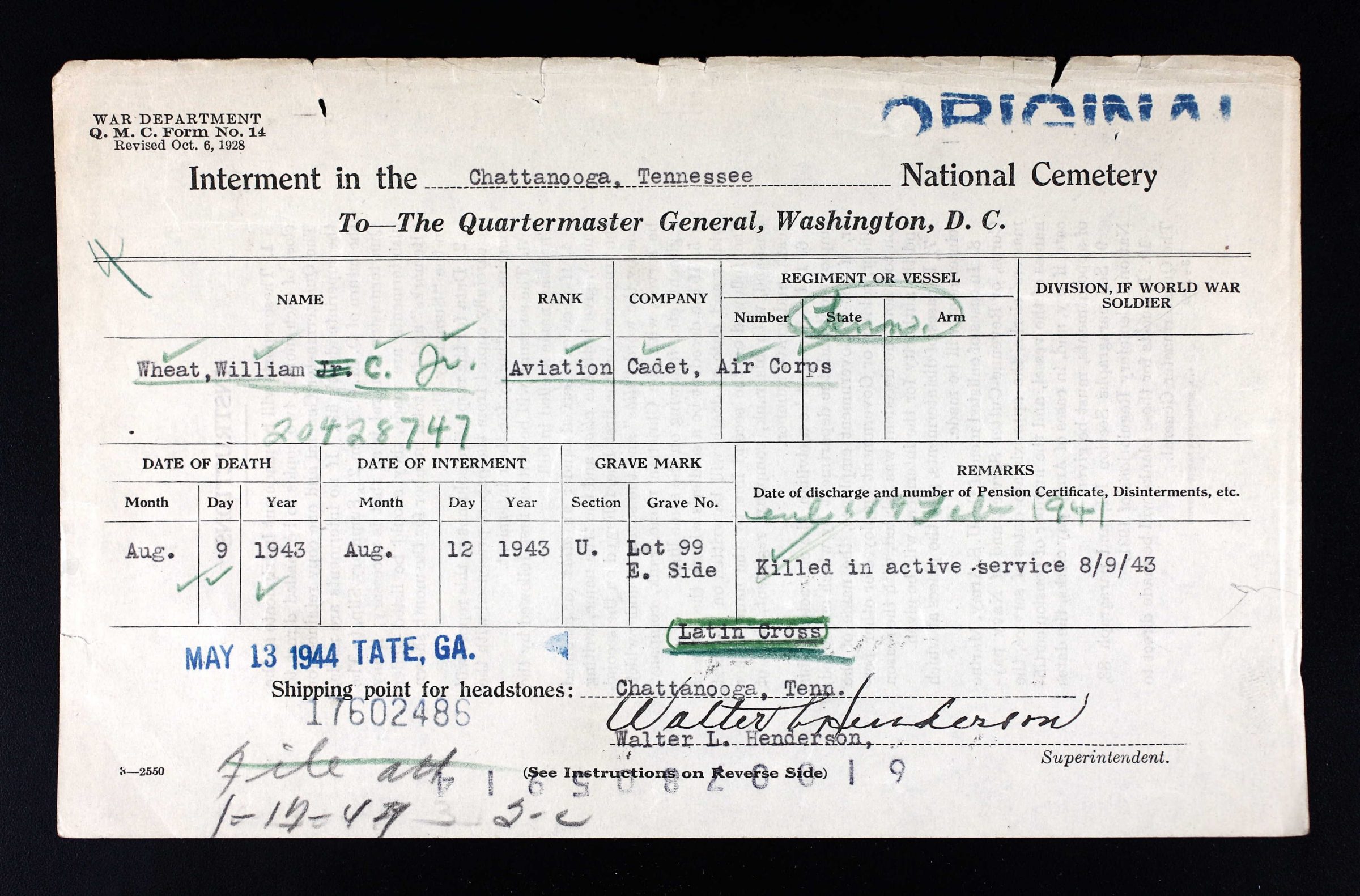