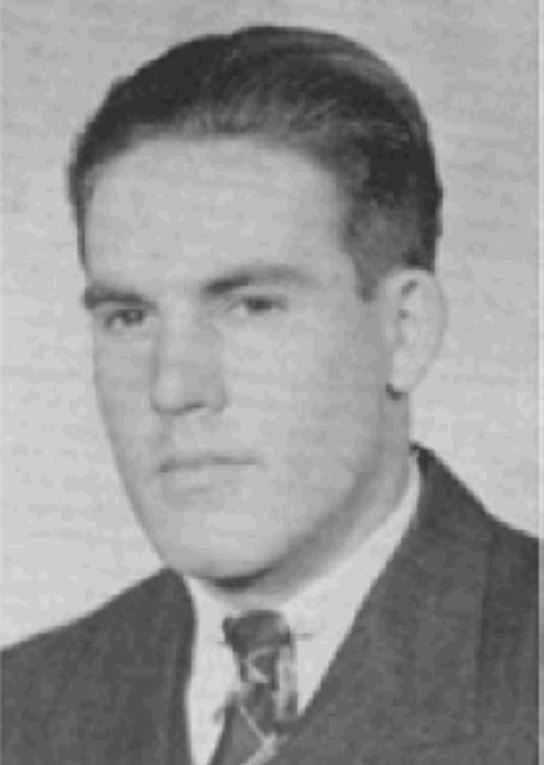 Private First Class William C. Thomas #34509445 U.S. Army was born in 1922 in Sullivan County, Tennessee, to Will Thomas and Vilus C. Thomas. His siblings were Ruth, Harold, Pearl, Charles, Dorothy, and Betty. He was in the class of 1942 at Sullivan High School and had been an employee of Fraser-Brace Engineering Company. He was married to Ruty Crawford Thomas.

PFC Thomas joined the Army 7 February 1943 and received initial training at Camp Wheeler, Georgia. Following training at Camp Reynolds, Pennsylvania, and final training in the USA at Camp Atterbury, Indiana, he was assigned to the 424th Infantry Regiment of the 106th Infantry Division. This was the last of the 66 Divisions formed in WW II. It sailed for the European Theater from Boston Harbor on 10th of November 1944. The Division received additional training in England before crossing the Channel to France and moving up to the front line at St. Vith, Belgium where it relieved the 2nd Division at the Schnee Eifel (Snowy Mountains), on 11th December 1944, a rugged area of pine-covered hills and at this time covered in heavy snow and bitterly cold.

The area the Division covered was 21 miles long, and stretched the Division resource very thin, with the 424th Inf. Reg. at Heckhalenfeld, to link up with the 28th Infantry Division on the Southern end. On the 16th of December 1944, five days after setting up on the line, the 106th Division was assaulted in the last push of the German Army in the Ardennes Offensive, or as it is more commonly known as the Battle of the Bulge. Two of the Division’s regiments were surrounded and would be surrendered but the 424th was able to make a stand and hold out. The regiment was sent to defend St Vith with elements of the 7th Armored Division. When St Vith was given up, the 424th pulled back to the Salm River. Around Christmas the Regiment began an offensive against Manhay and helped turn the battle in favor of the Allies. The 424th was assigned to the 7th Armored Division and helped in retaking the town of St Vith in January 1944.

PFC Thomas was killed in action on 13 January 1945. He is interred at the American War Cemetery Henri-Chapelle (D, 7, 18)
Picture from the Sullivan High School Yearbook 1942 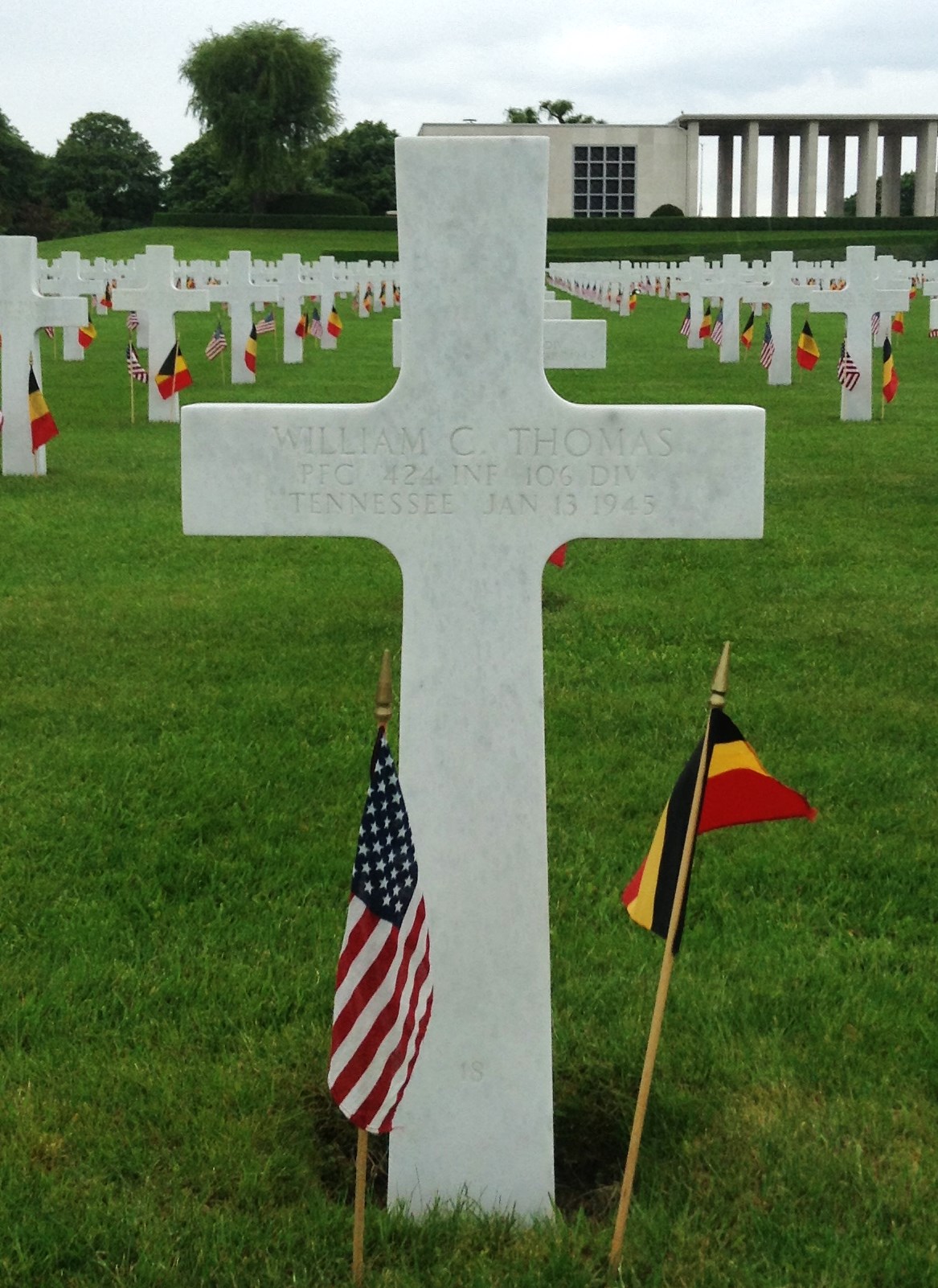 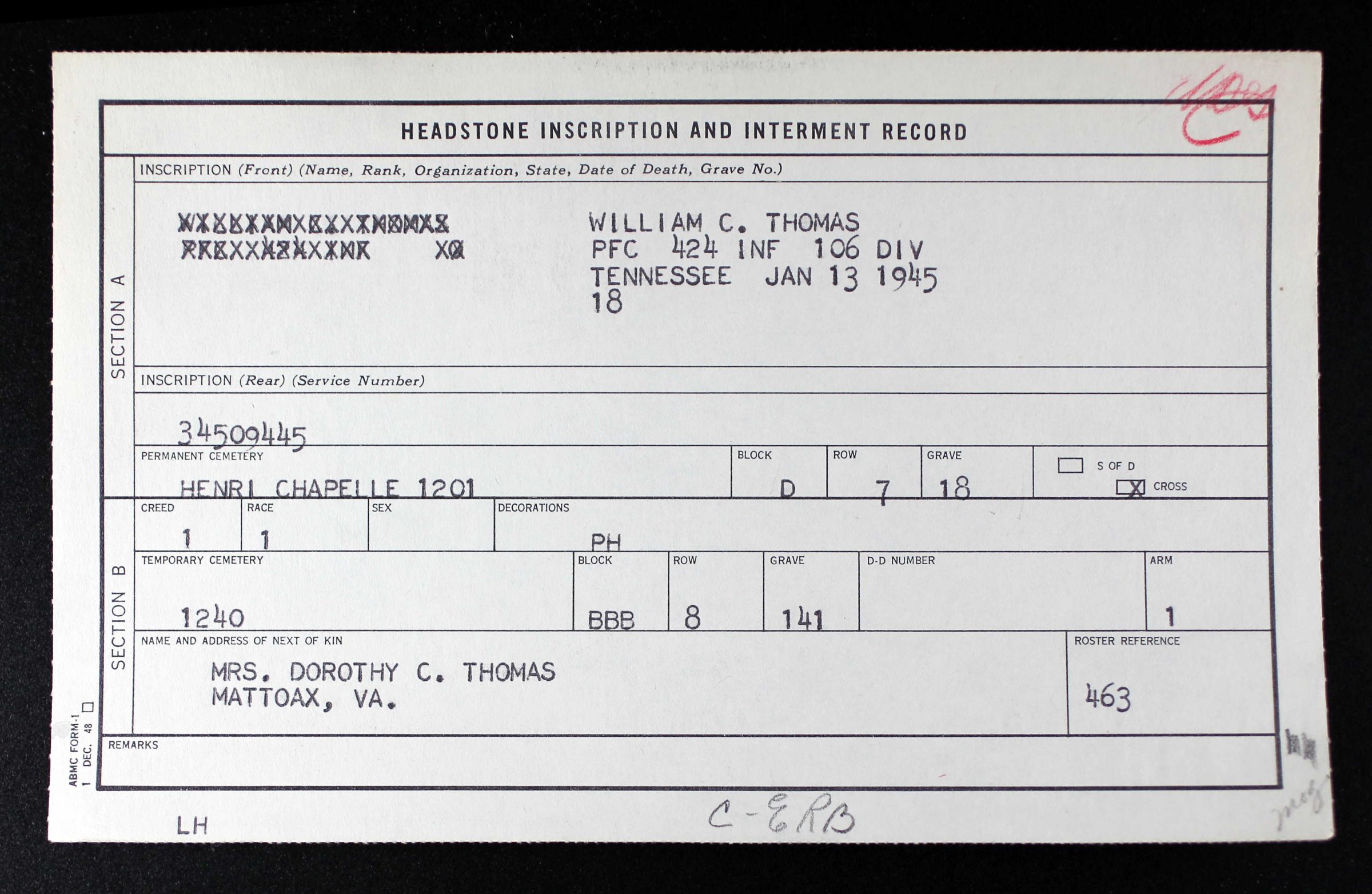