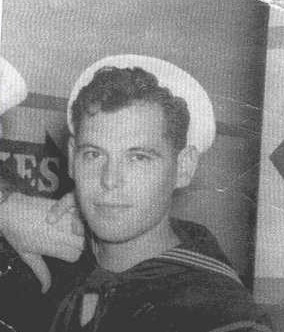 William Clifton Sitzlar was the son of James William Grady Sitzlar and Ada Norris. He was the husband of Sarah Magner McKeehan.

Was shipped aboard the USS Indianapolis CA-35. The Indianapolis had just returned to the Pacific theater following repairs in California from a Kamikaze strike. Under secret orders the Indianpolis delivered the atomic bombs to Tinian Island and then departed to rejoin the fleet. While in transit she was torpedoed by Japanese Submarine and sank rapidly. Although a great many men entered the water, the sinking was not known for almost five days and by the time rescue could be made only 317 survivors were saved and 880 were lost from the sinking and subsequent shark attacks.

He is listed on the Tablets of the Missing, Manila American Cemetery, Manila, Philippines.