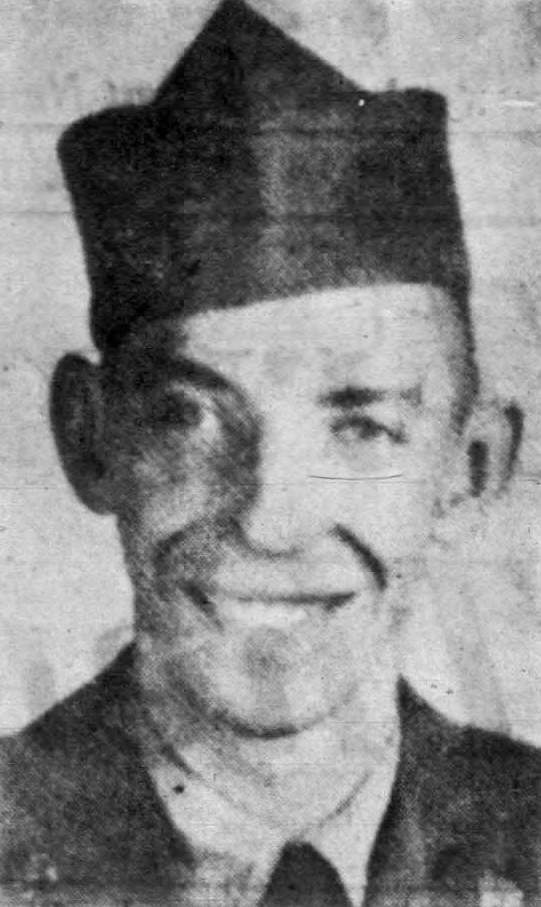 Private Nidiffer was a member of the 32nd Infantry Regiment, 7th Infantry Division, Company H. He was Killed in Action while fighting the enemy in North Korea.

The Elizabethton Star, September 20, 1953
The body of Pvt. William Nidiffer, 24, of Bluefield Avenue, Elizabethton, will arrive in Johnson City, Wednesday morning. Pvt. Nidiffer was killed on July 16, 1953, while serving with the U.S. Army in Korea. He had been in the Army since Nov. 1952, and was killed on the day before the end of the war. He attended Elizabethton High School, and worked at an auto parts company in Johnson City before going into the Army. He was a member of the East Side Christian Church. The body will be escorted by Sgt. Bertram Heisner.
Survivors include his wife, Mrs. Wilma Nidiffer, Orchard Street, Elizabethton; his parents, Mr. and Mrs. Samuel P. Nidiffer, of BLuefield Avenue, Elizabethton; two sisters, Mrs. Dorothy Oliver, of home; Mrs. Edna Russell, of Route 1, Elizabethton. Two brothers. Paul of First Street, Elizabethton and Gordon, of the home. Maternal grandparents, Mr. and Mrs. H.A. Davenport of Route 1, Elizabethton, and paternal grandmother, Mrs. Caroline Nidiffer, of Route 3, Elizabethton. 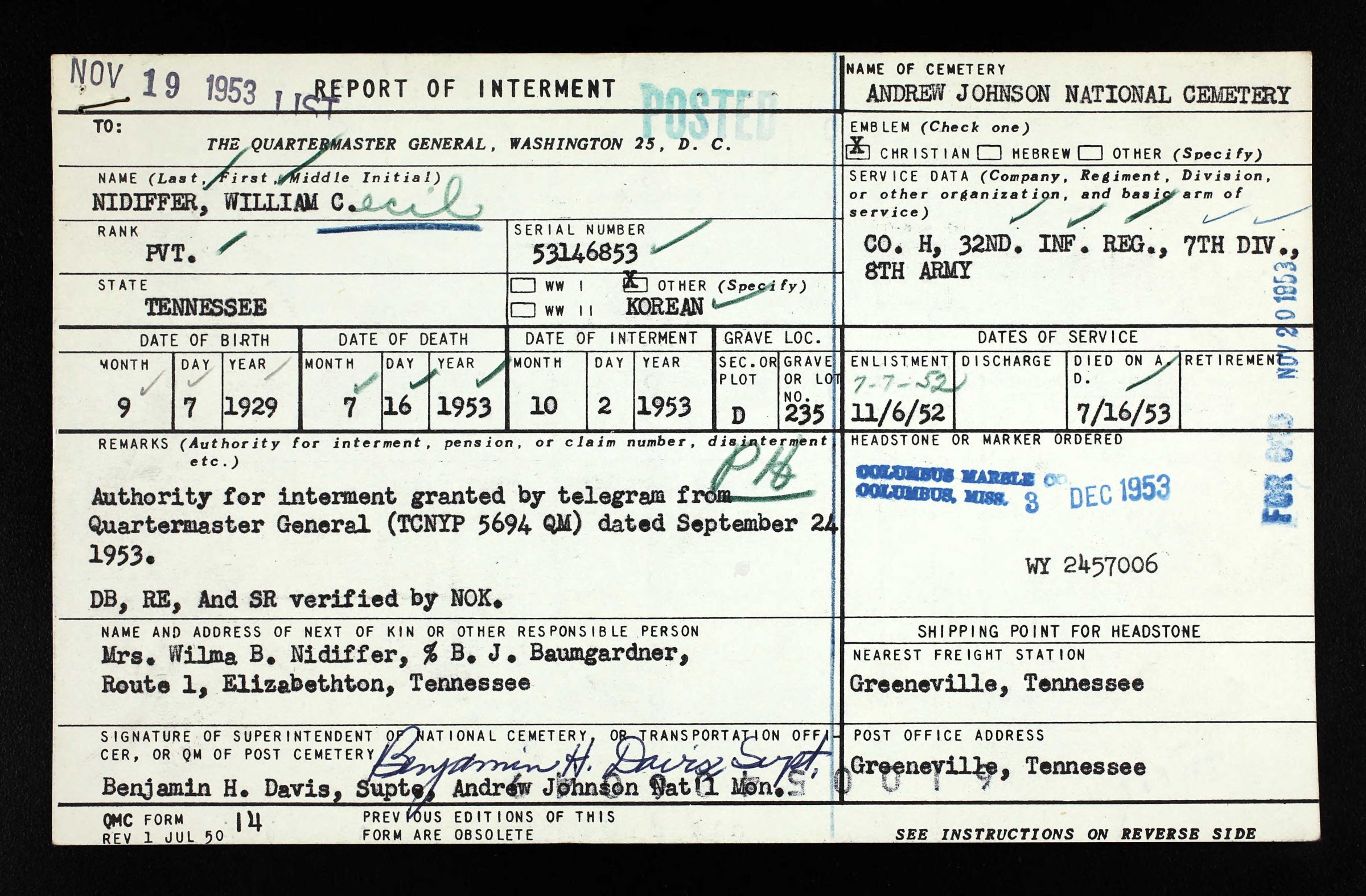 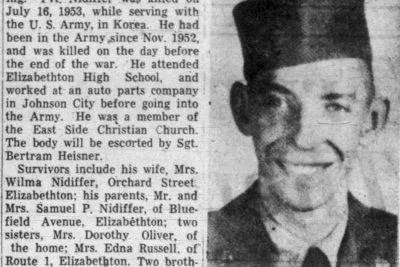