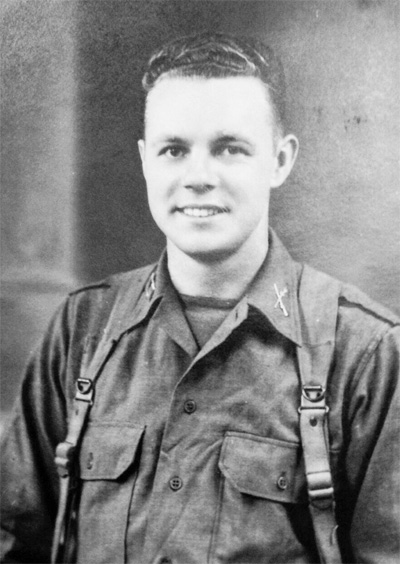 Captain William Carl Miller, of Athens, Tenn., has been awarded the Distinguished Service Cross for gallantry in action. Capt. Miller is a hero of the Normandy beachhead fighting. Capt. Miller turned a hopeless situation into victory when he organized the remnants of two leaderless companies and went on to consolidate battalion positions. During the course of this action, he personally liquidated two machine gun nests.

Captain Miller was a member of the Athens State Guards when they were mobilized in 1940. He is a native of McMinn, a graduate of the local high school and was employed at the local A&P store for a number of years before going into service.

The captain’s wife, Mrs. Ruth Miller and his son Wayne, live at their home on Avenue B in Athens. He married Ruth Grisham on Mar 1, 1942 in Columbia, SC.

The Daily Post-Athenian, January 8, 1945
Mrs. Ruth Miller received word from the war department that her husband, Capt. Carl Miller died in Germany December 22. Mrs. Miller had received a message a few days ago that Capt. Miller was seriously wounded December 18.
Capt. Miller had been a one man army since invasion day in Europe, according to reports released from Military Headquarters. He has won several medals for personal bravery and leadership. 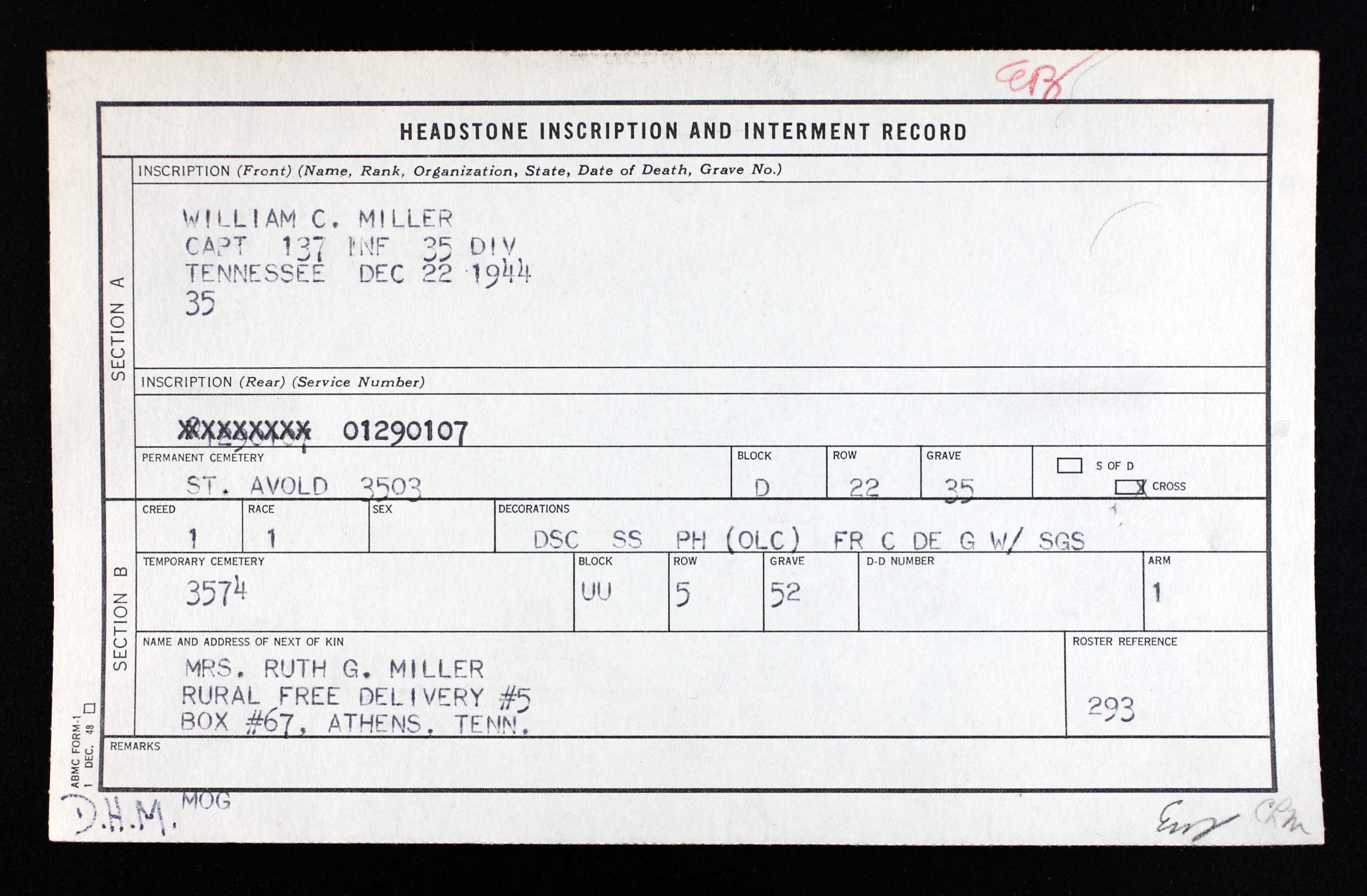 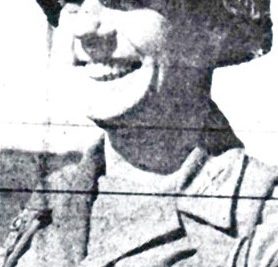 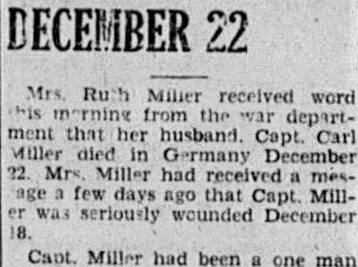 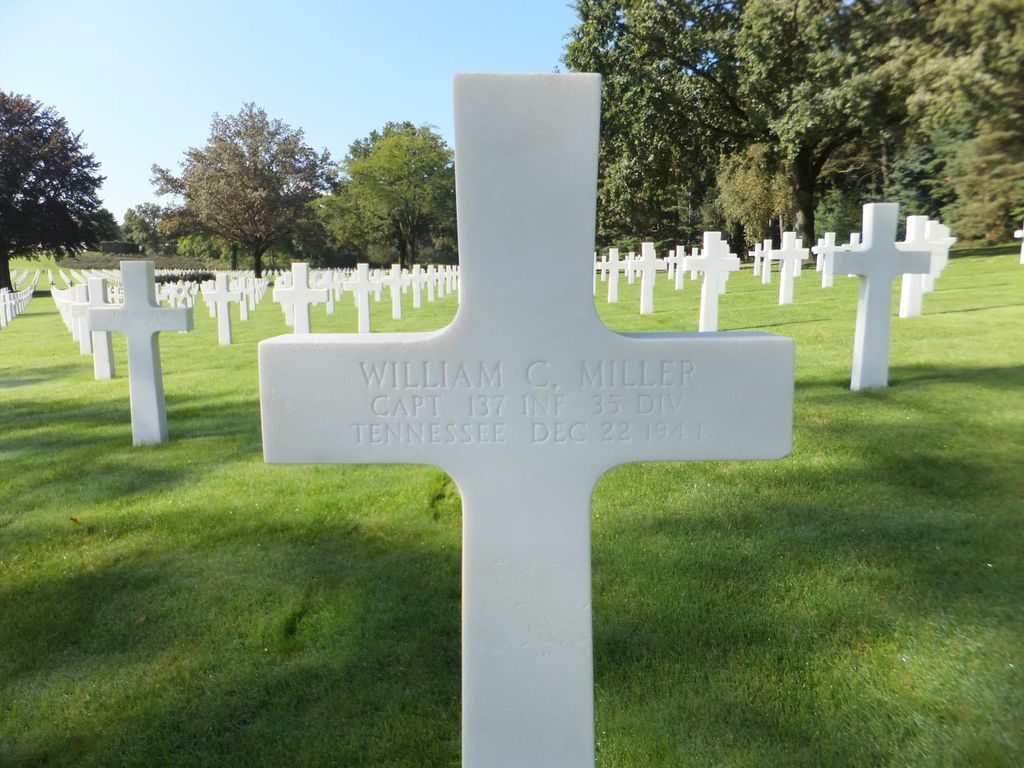