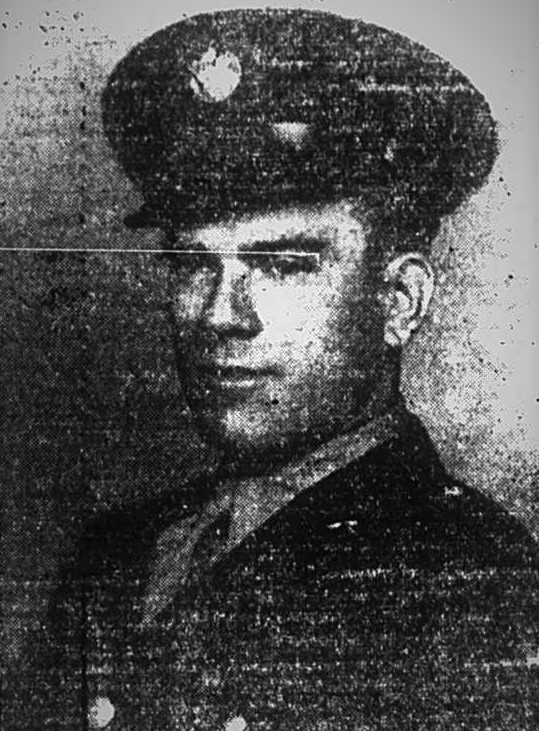 William C. Cofer was born 5 February 1910. He married Meta Everett on 29 January 1931 in Rhea, Tn.
He was killed in action on 23 December 1944 in Belgium. Pfc Cofer had been in service two years and overseas since March.

The Dayton Herald, December 27, 1945
Memorial services for William Cletus Cofer will be held Sunday, December 30 at the Graysville Methodist Church. Pfc Cofer, son of the late Mr. and Mrs. William Franklin Cofer, was born in Sale Creek February 5, 1910. He was the husband of Mrs. Meta E. Cofer fo Dayton and Graysville and brother of Glenn Cofer of the U.S. Army. Frank Cofer, of the U.S.Nayv, and John and Harold Cofer of Dayton.
He was an active member of teh Graysville Methodist Church, Masonic Lodge No. 512, and Order of the Eastern Star, and for twelve years was an employee of the Graysville Hosteryy Mill. He was inducted into the service December 16, 1942, and went overseas in 1943.
A member of the Third Army under the leadership of the late Gen. George Patton, he crossed France and took part in the capture of Metz and the Battle of the Bulge. He was killed in Arlon, Belgium, December 23, 1944 and was buried in Grad Farley, France with a full military service. 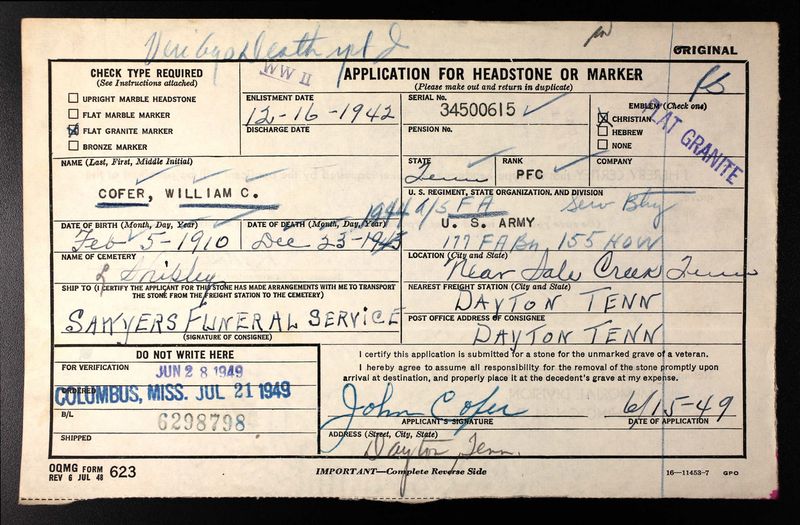 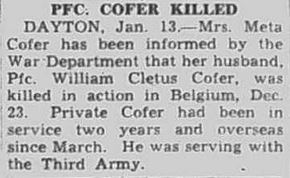 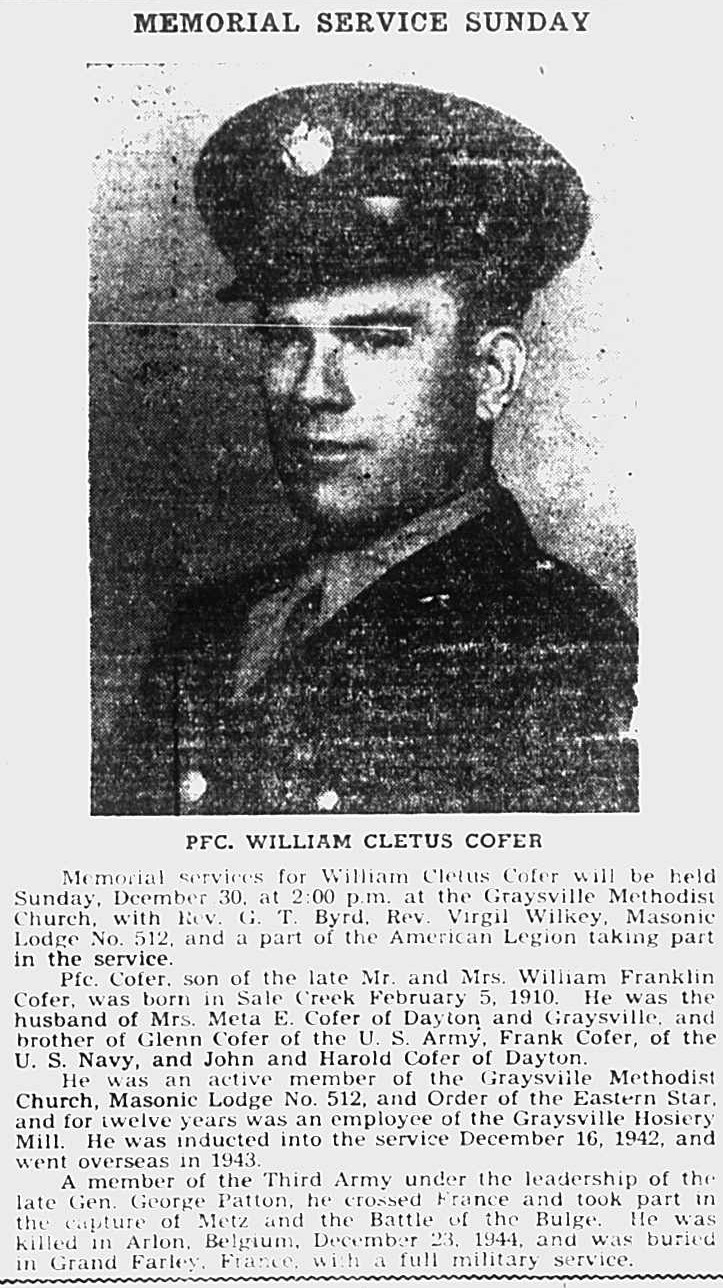