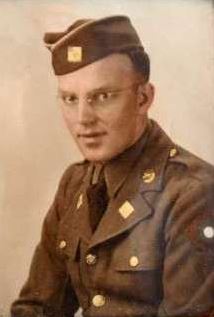 1st Lieutenant William C. Adams, US Army Air Forces, was assigned to the 335th Bomber Squadron, 95th Bomber Group, Heavy, that flew B-17’s out of Framingham, England. He died on 13 June 1943 and is interred at A,34,51 Ardennes American Cemetery, Neupré, Belgium.

William C. Adams’ Aircraft B-17F with serial number 42-29675 was on a bombing mission to Kiel in Germany. On 13 June 1943 60 B-17s from the USAAF attacked the U-Boat installations in Kiel. 16 B-17s from 95th BG flew at the front in the formation which had already been attacked on their way to the target. As usual German fighters attacked the front of the formation. Before it had passed the target, 7-8 B-17s from 95th BG were lost. One B-17 out of control crashed into another, and only 6 B-17s from 95th BG made it back to base and one of them was destroyed in a forced landing.  Aircraft 42-29675 crashed off the coast of Lolland, Denmark.

The Chattanooga Daily Times, 29 October 1943
Hope for Lt. W.C. (Billy) Adams, reported missing in action over Germany since June 13, was dashed yesterday when Lt. Adams’ mother, Mrs. Mary T. Adams of Lookout Mountain, received notification from the secretary of war that he had been killed in action. The notification read:
“Report received from German government through International Red Cross states your son, First Lt. William C. Adams, who was previously reported missing in action, was killed in action June 13, 1943, in European area. The secretary of war extends deepest sympathy. Letter follows.”Lt. Adams, pilot of a four-engined bomber, failed to return to England June 13 from a raid on the German naval bases of Bremen and Kiel. 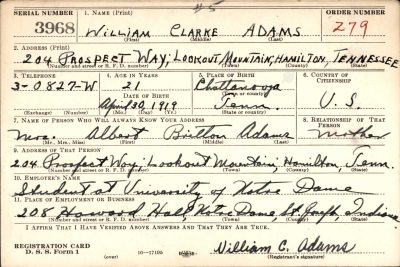 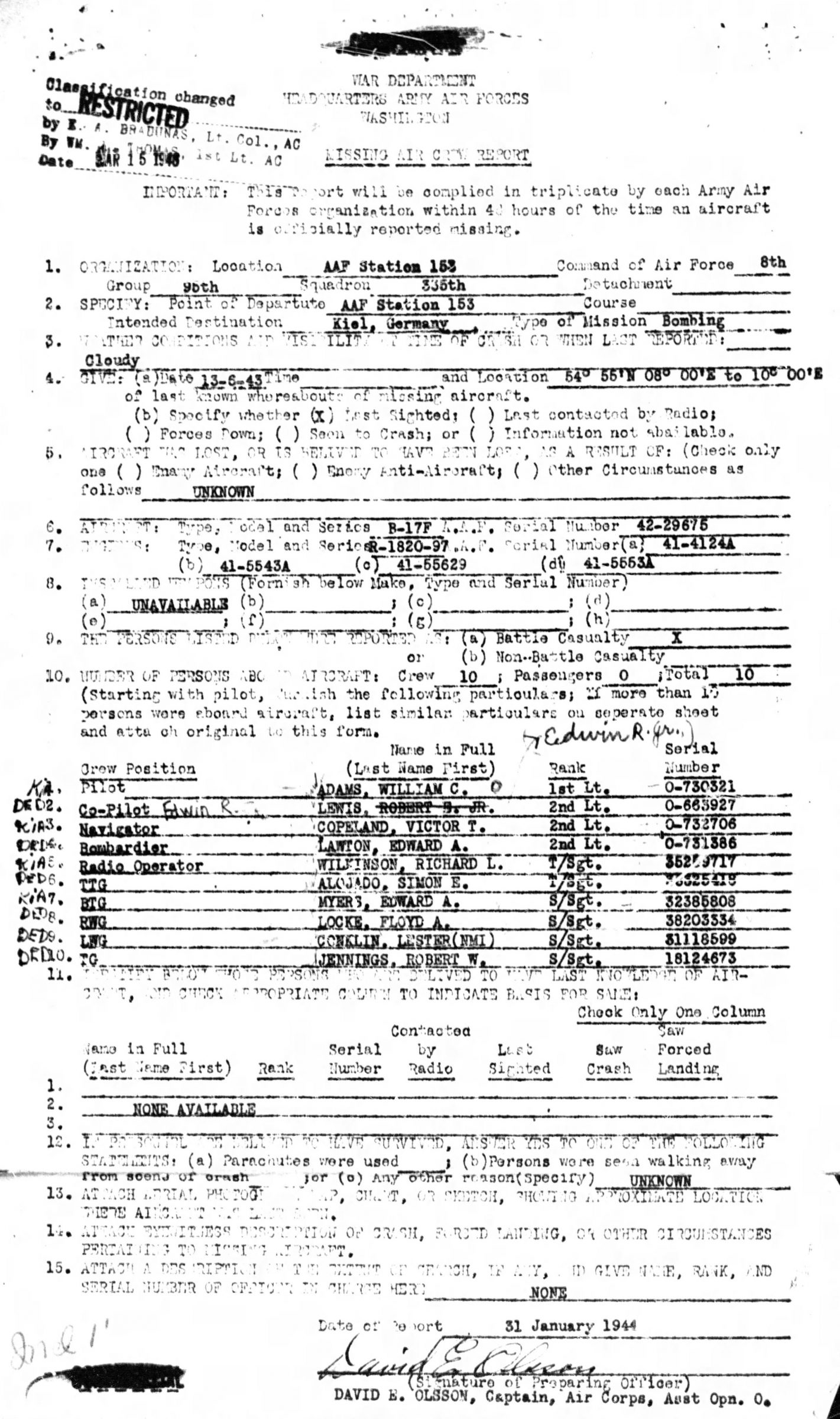 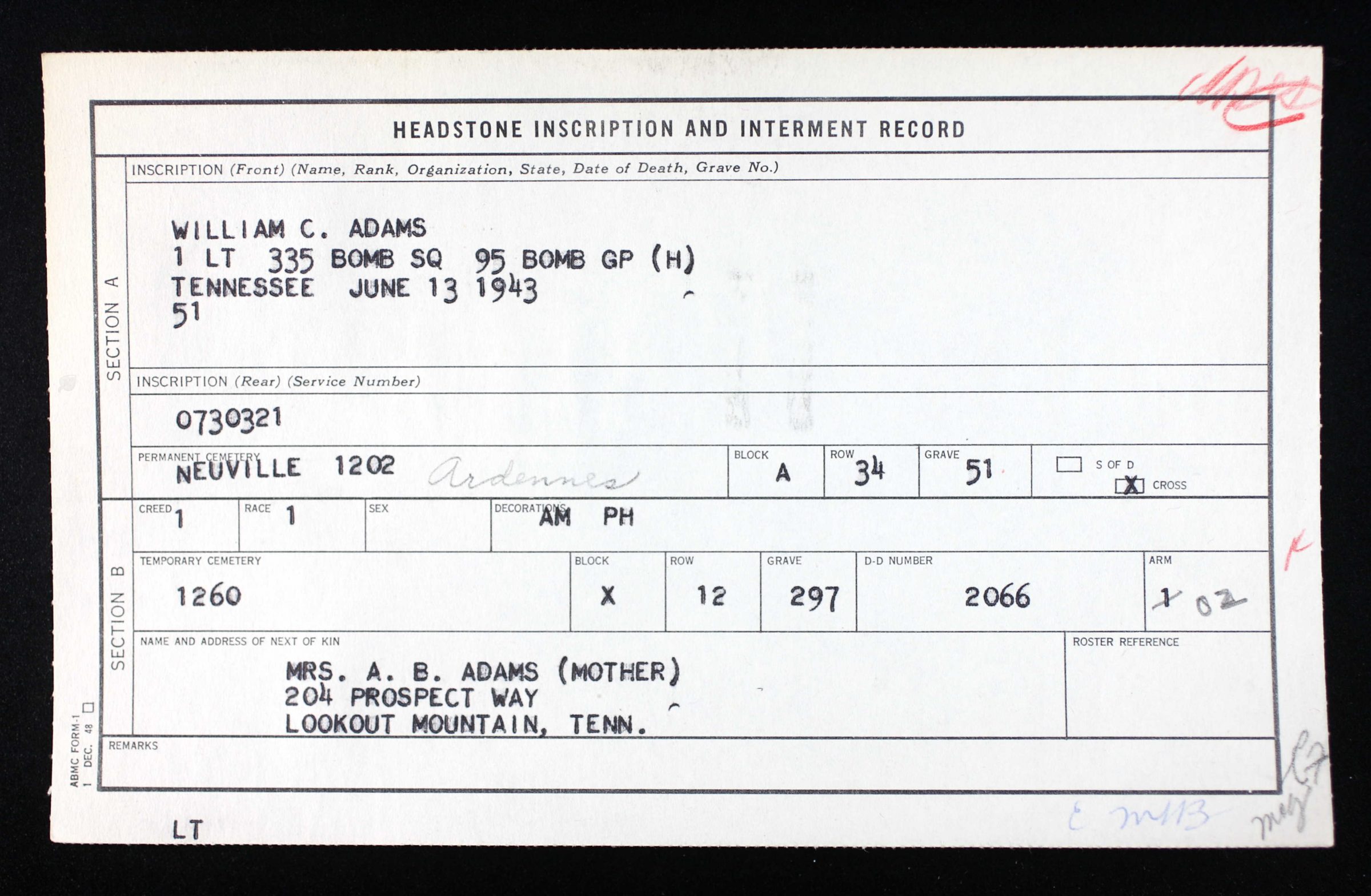 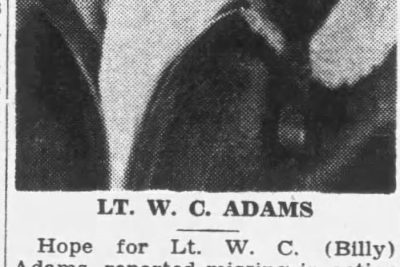 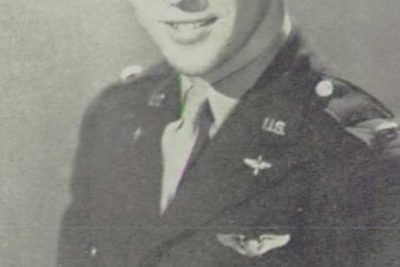