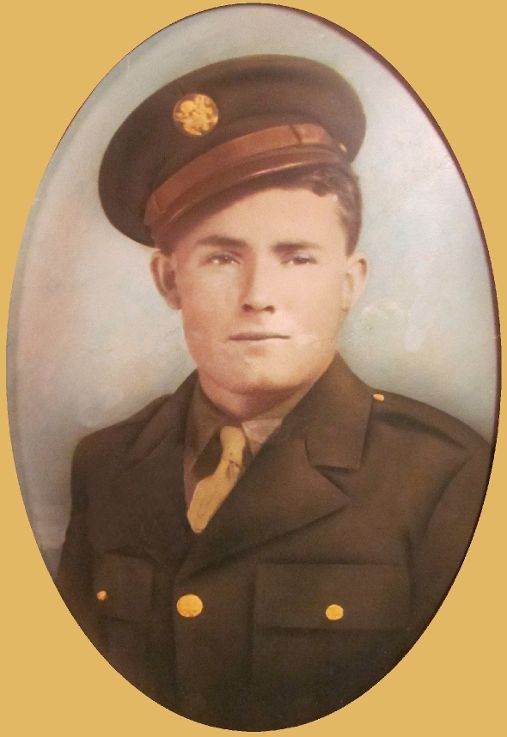 Private First Class William B. Holden #34920964 US Army, was born in 1922 in Tennessee, the son of William C. and Lennie Gragg Holden, and had brothers, James and Buster Holden and sisters, Mary Kate, Marie, Ora, Parks, Martha, and Johnnie.
He was enlisted at Fort Oglethorpe Georgia on the 15th of December 1943. He was assigned to the 119th Infantry Regiment, 30th Infantry Division. The Division had been created at the start of the war using National Guard Units from North and South Carolina, Georgia and Tennessee.
The Division was engaged in October 1944 with the assault on the Siegfried Line and the fortress city of Aachen, Germany.
PFC Holden was killed in action on the 4th of October 1944 in the woods east of Rimburg, the Netherlands. He is interred at F, 7,42 Henri-Chapelle American Cemetery, Belgium.

The Cleveland Herald, November 17, 1944
Pfc. William B. Holden, 22, grandson of Mrs. J.B. Gregg, of this city, and son of Mr. and Mrs. W.C. Holden, of Benton, was killed in action against the enemy in Holland on October 4, according to a message received by his parents from the War Department.
Pfc. Holden entered the army on January 5, 1944, received his basic training at Camp Blanding, Fla., and went overseas in July. He saw service in England, France and Holland. Besides his parents and grandmother, he is survived by two brothers and five sisters, James and Buster Holden, Ora, Maria, Martha and Parks Holden and Mrs. Arthur Richerson, of Benton. 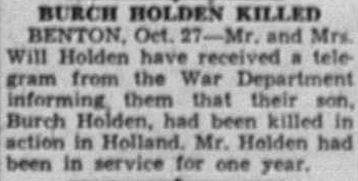 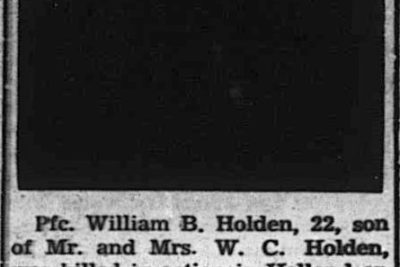 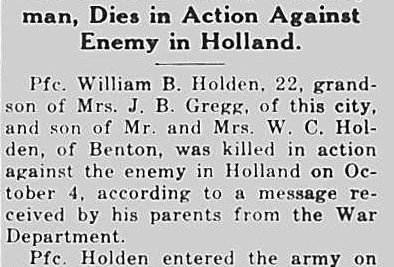 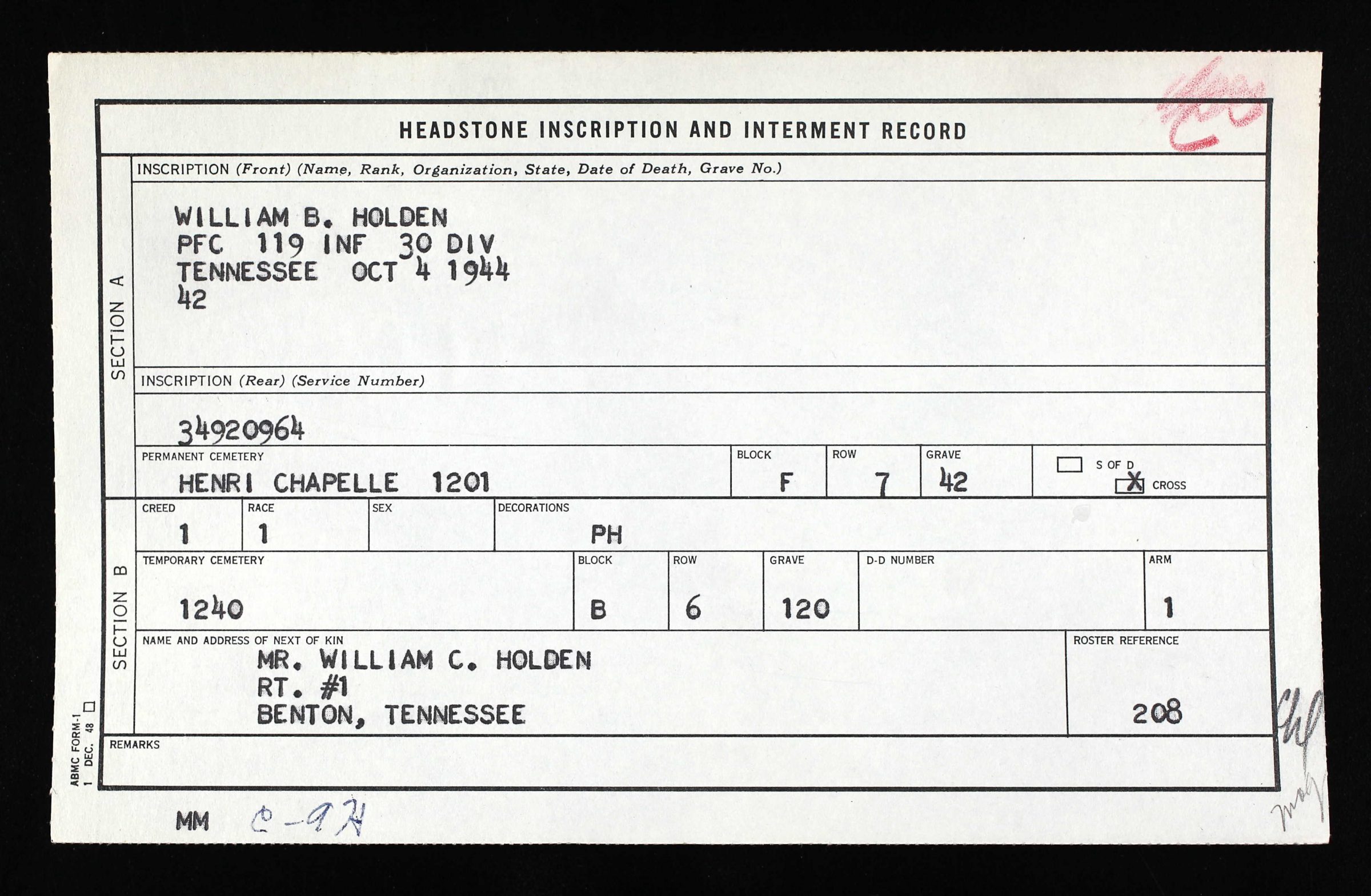 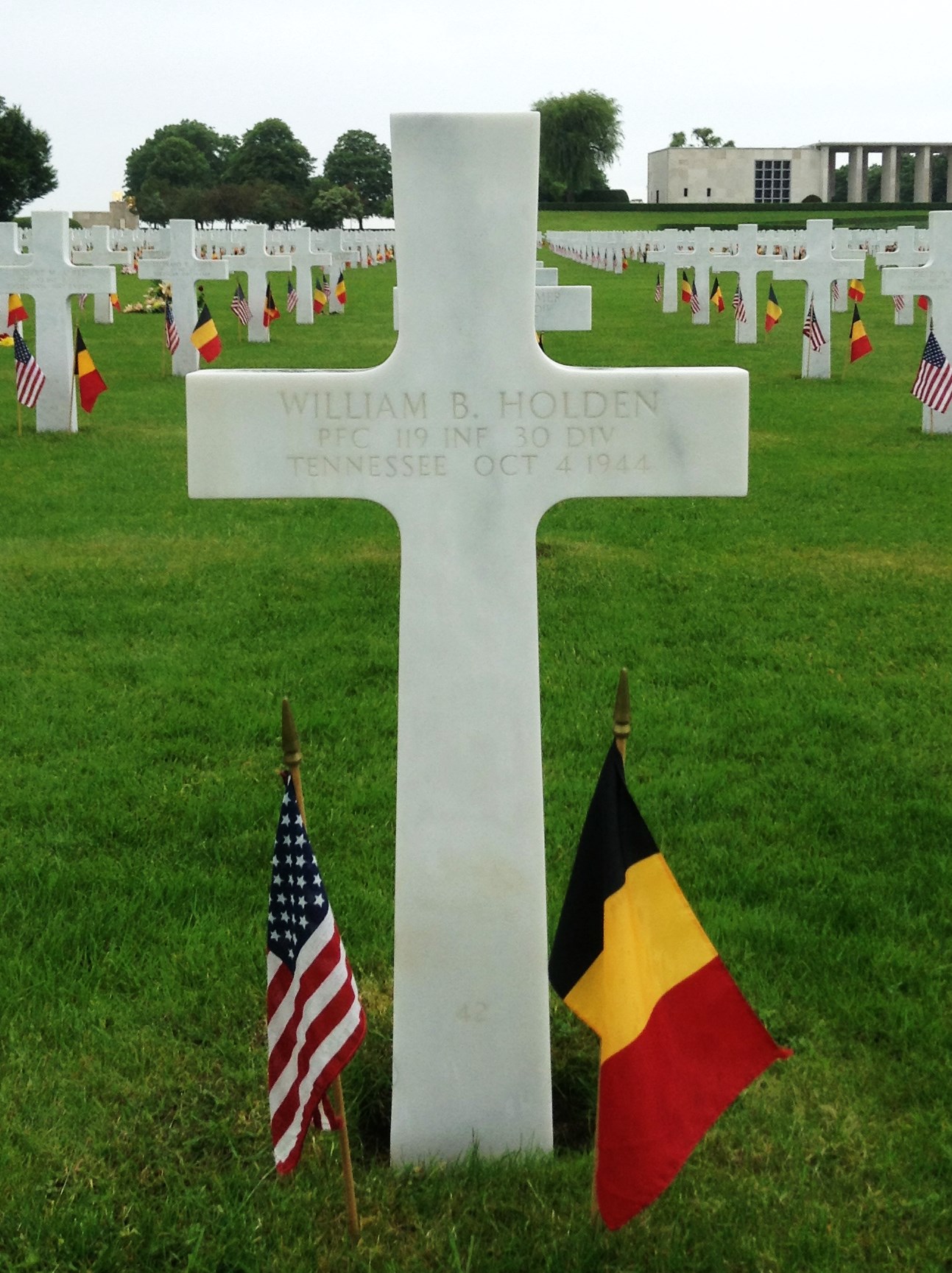