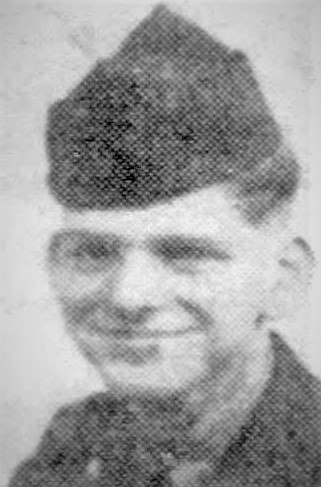 William Brady Hatton, Jr. was the son of Mr. and Mrs. W.B. Hatton, Sr. and was born on March 8, 1932, in Tennessee. He was a member of Powell Baptist Church, Boy Scout Troop 154, the National Guard Ordinance Division, an honor student and graduate of Powell High School Class of 1949. William had one sibling, a brother Herman.

The Knoxville News-Sentinel, June 27, 1951:
Mr. and Mrs. William Brady Hatton Sr., Powell, have received War Department word that their son, Pfc. Brady Jr., has been missing in Korea since May 19. Pfc. Hatton, who was 19 in March, is a graduate of Powell High School and a member of Powell Baptist Church. He was a radio operator in the Army’s 2nd Division, 38th Infantry Regiment, and had been in Korea since last Aug. 14. The picture here is from a camera Pfc. Hatton carried with him for awhile overseas. He has a brother, Herman, 8, and grandparents are Mr. and Mrs. W.W. Hatton, Lincoln, Ga., and Mrs. Annie Nowlin, Lewisburg, Tenn. 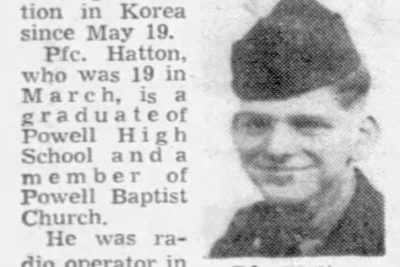