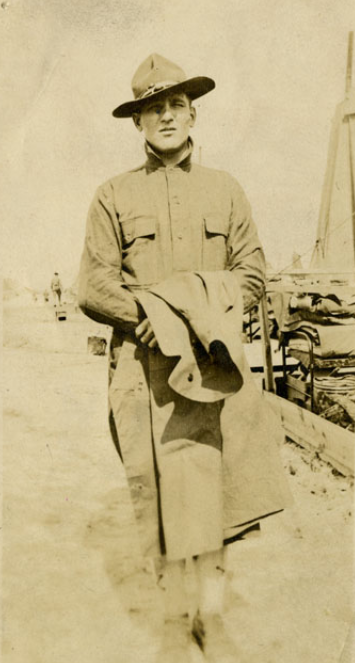 William M. Austin enlisted September 15, 1917, as a member of Company B, 113th Machine Gun Battalion, 30th Division. After training at Camp Sevier, SC, he went to France in May 1918, with his division. He took part in the fighting in Belgium, but was killed in action September 29, 1918, on the first day of the attack on the Hindenburg Line. He died at the age of 23.

Private William Austin, one of the last men to be reported killed, formerly resided with his mother, Mrs. Mary Austin, 968 Jacksboro Street. Mrs. Austin received an official telegram from the war department last Friday, announcing the death of her son. Private Austin lived at Newport, Tenn, before the family moved to Knoxville. He resided here for a few years before entering the army. He was a member of the 113th regiment and was sent to France with that command.
-The Journal and Tribune, Knoxville, Tennessee, Sunday, November 10, 1918 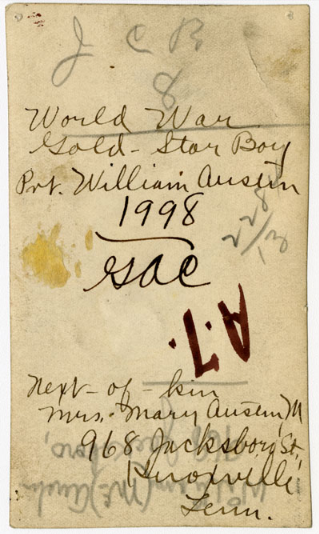 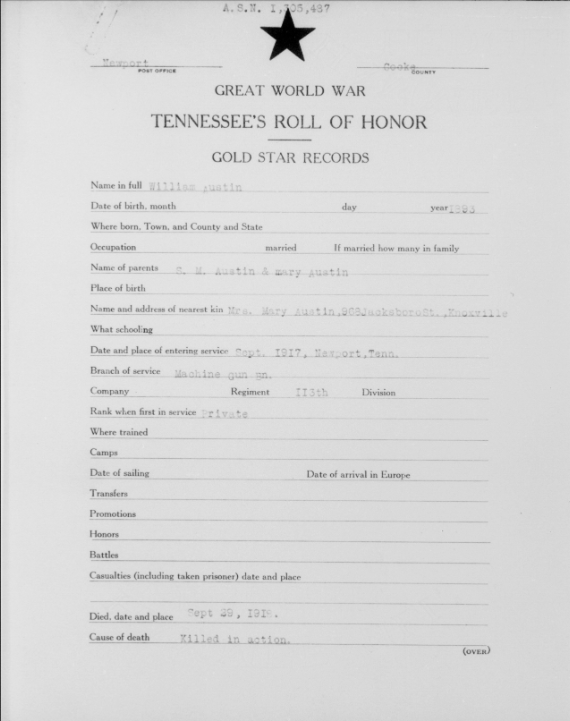 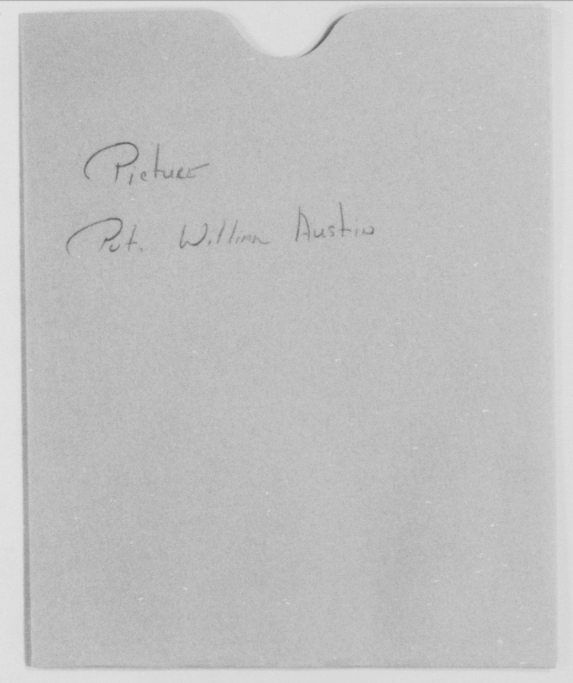 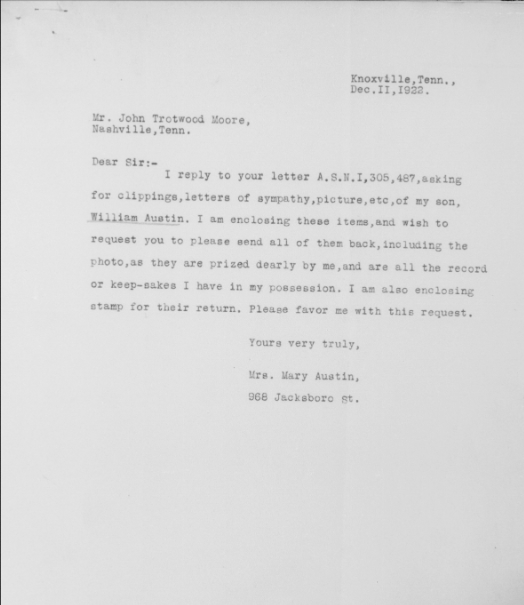 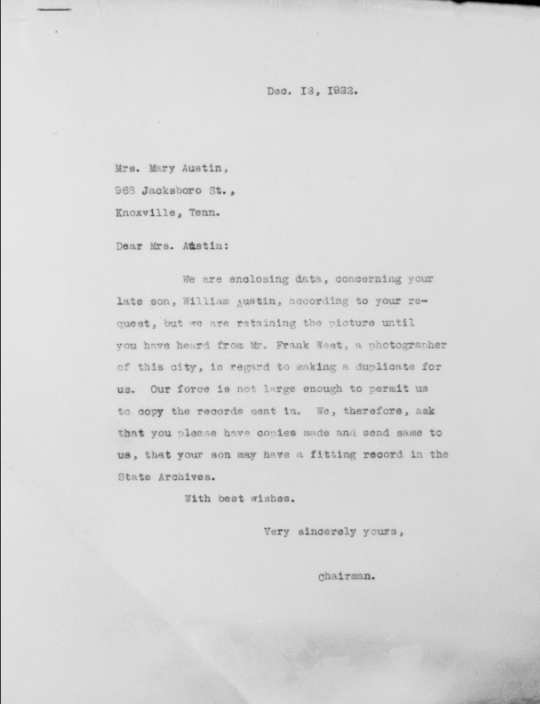 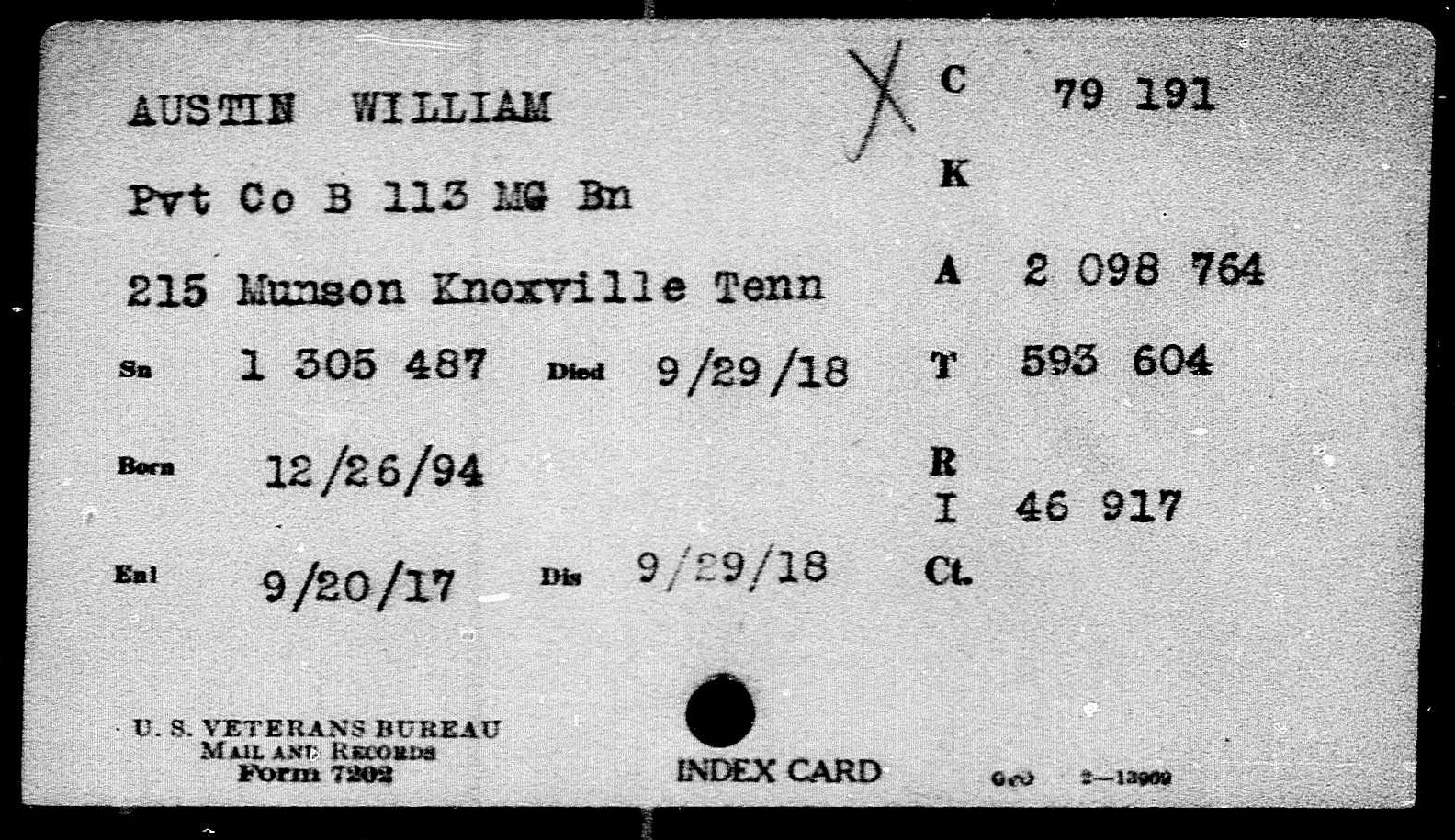 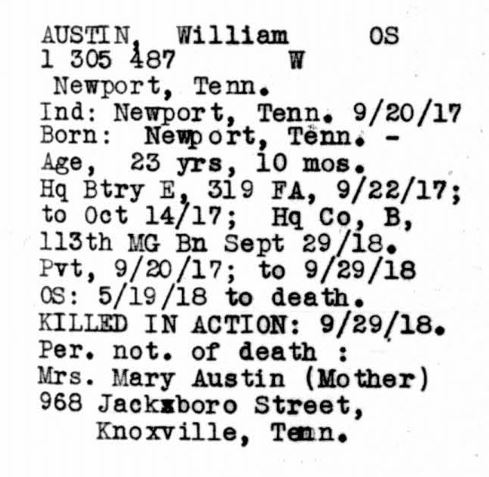 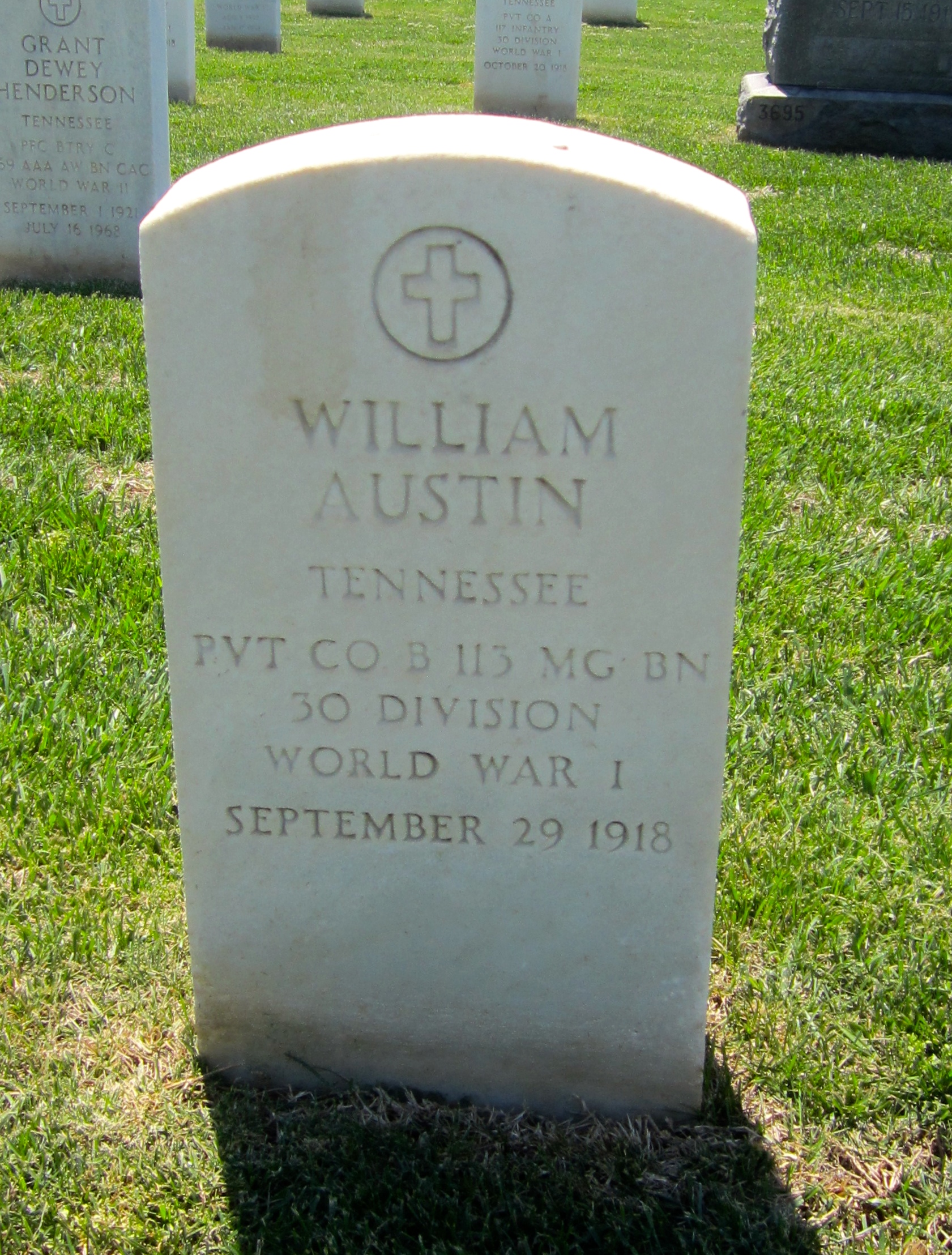