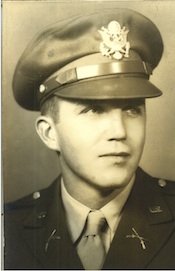 On 26 March, the company moved into the attack across a German superhighway near Wesel, Germany. They moved off, and one platoon was pinned down by fire of German weapons. Some tanks came up and the platoon moved behind the tanks. Lt Arthur Millman took charge of one group behind a tank and Captain Stanfield took another. They moved off in the face of machine gun, mortar and German bazooka fire. They crossed the superhighway and then crossed an open field. Captain Stanfield was hit and killed instantly. 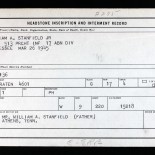 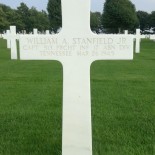 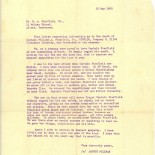 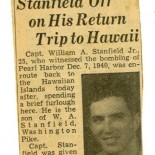