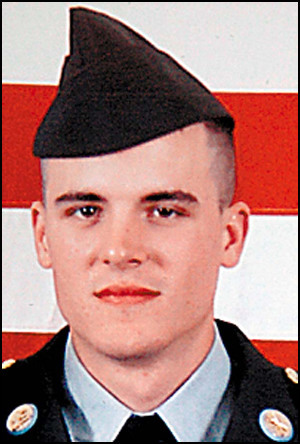 Corporal William A. Long, 26, was killed after an attack in Buritz, Iraq. He died on June 18, 2005 from injuries sustained on June 17, 2005 when he was conducting a mounted patrol and their Humvee was attacked by enemy forces using rocket-propelled grenades.  Long was assigned to the Army’s 2nd Battalion, 69th Armor Regiment, 3rd Brigade, 3rd Infantry Division, Fort Benning, Georgia.

Long’s mother, Susan Cordner, lives in Knoxville. Long’s stepfather says the soldier wanted to be in the military and wanted to serve his country in Iraq. “It’s too bad you have to be a hero at 26 and not at 70, but he’s a hero like few other people can be,” said Lee Cordner.

Long will be buried at Arlington National Cemetery in Arlington, Virginia, by his former comrades. He spent several years on the Armed Forces Honor Guard, a Washington, D.C.-based unit that takes part in ceremonies at Arlington, at national memorials in the Washington area and throughout the world. Long took part in 600 funerals, his mother said. She said he requested a transfer from his honor guard duties in Washington so he could deploy to Iraq. “He was ready to go and felt that’s what he needed to do,” Cordner said. “I didn’t like it, but I supported him.” Cordner said she and her son lived in Knoxville for a few years in the early 1990s. She said he attended middle school in Knoxville. Many members of his family still call East Tennessee home, she said. 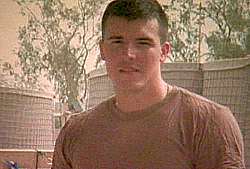 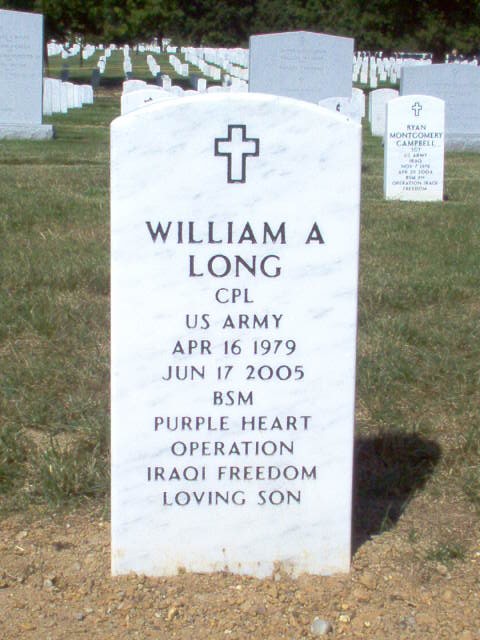