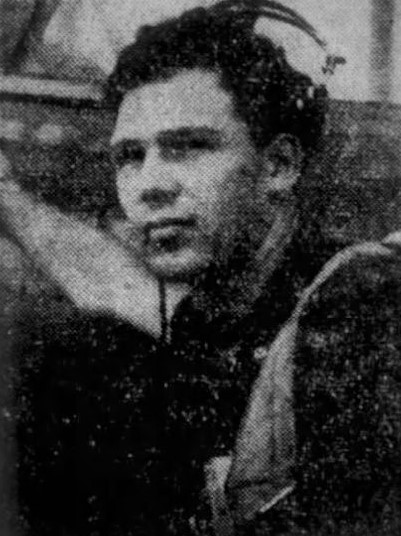 Enlisted on November 23, 1940, in Fort Oglethorpe, GA in the Army Air Corps

Bill Jr. attended Knoxville High School, and he graduated from Columbia Military Academy where he played football, and later he attended Milligan College for two years where he also played football. He registered for the draft on 16 Oct 1940. His place of birth was Knoxville, TN and his NOK was his mother, Grace Aileen Kennedy. The following month, 23 Nov 1940, Bill enlisted as an aviation cadet (ASN: 140-340-78) in the US Army Air Corps Reserve at Fort Oglethorpe, GA, a distance of 112 miles miles from Knoxville. Kennedy was assigned to 10-weeks of primary flight training (60 hours) at Hicks Field, Saginaw, Tarrant, Texas located several miles northwest of Ft. Worth.

Kennedy wrote home on a postcard in early Feb 1941 saying, “Our class left Hicks Field last Saturday (07 Feb 1941) and went to Randolph Field. Our class has the best record of any class to leave Hicks Field. Only 25 per cent of the boys washed out and our ground school average was 83 per cent. We have had two or three crack-ups but no one has gotten that first scratch as yet. With our 60 hours of primary flying behind us, we are all looking forward to advanced training at Randolph Field.”

After graduation from primary training on 08 Feb 1941, Kennedy transferred to Randolph Field, near San Antonio, Bexar, Texas for advanced training in class 41-F. Kennedy completed the 30-week pilot training course, and he accepted both his commission as a Second Lieutenant, US Army Air Corps Reserve (0-424972) and his silver army pilots wings at a ceremony at Kelly Field, Texas on 15 Aug 1941. After a short furlough home with his family, Lt Kennedy proceeded to Mitchel Field, Long Island, NY for duty as a flying instructor. Not long after arriving, Lt Kennedy married Miss Reba Morton of Knoxville, TN in a ceremony at the Little Church Around the Corner in New York City on 17 Sep 1941. The officiant was the mayor of Long Beach, NY. Reba held many Southern and National Amateur Athletic Union (AAU) swimming titles. Bill was an excellent swimmer himself. He was a life guard at a pool in Knoxville, and it was there that he met Reba and their courtship began.

In late Dec 1941, Kennedy detached from his duties at Mitchel Field with orders to duty with the 35th Pursuit Group in the South Pacific area. On the night before he sailed he spoke at length with his mother by telephone at a cost of $65 dollars. She wished it had been hours longer. Kennedy sailed from San Francisco on 12 Jan 1942 in the first large convoy destined for Australia in World War II. It is believed that he was on board the troopship S.S. Mariposa that arrived in Melbourne on 01 Feb 1942. He sent his mother a cablegram announcing his safe arrival after a “marvelous trip.” Also on board Mariposa was the new 35th Group Commander, Major Clinton D. Vincent. The Australia-Suva convoy, as it was known, also included the troopships SS President Coolidge and the SS President Monroe (destined for Suva). The convoy was escorted by two destroyers and the light cruiser USS Phoenix (CL-46).

Lt Kennedy began flight training on 2 Feb at Amberley Field in Queensland, parish of Jeebropilly, county of Churchill. He was assigned to the 13th Pursuit Squadron (Provisional) when it was formed on 13 Feb 1942.

About mid-Feb 1942, the Australia-British-Dutch-American Command (ABDACOM) issued orders directing the seaplane tender USS Langley (AV-3) to steam from Darwin on 11 Feb 1942 to Fremantle, Australia where she was to on-load thirty-six P40s being flown from Melbourne on 12 Feb 1942 to Fremantle for transport to Java. The hope was at least thirty-two of the thirty-six P40s would make the long flight across southern Australia to Fremantle successfully. The P-40 pilots were drawn from the newly formed 13th and 33rd Pursuit Squadrons (Provisional) and along with 12 crew chiefs and Armorers would embark on board the Langley in Fremantle.

At the same time, personnel of the 35th and 51st Pursuit Groups were loaded aboard Convoy MS-5 in Melbourne, Australia and dispatched to Fremantle where all the elements — Convoy MS-5, the thirty-six (hopefully) P-40s and the Langley would rendezvous in Fremantle and depart together bound for a port in Java. MS-5 was composed of five ships; Australian freighters, the SS Duntroon and the SS Katoomba, two American freighters, SS Holbrook and SS Sea Witch, and the escorting American light cruiser, USS Phoenix (CL-46). The Holbrook and Katoomba carried the bulk of the 51st, and six of its P-40s were on board the Holbrook. The Sea Witch was carrying the major portion of the planes, twenty seven in all plus ammunition and the 51st ground vehicles. They were to steam for Tjilatjap in Java. Thirty three P-40’s intended for the 49th Pursuit Group were diverted to Perth for this operation.

On 22 Feb 1942, Langley steamed out of the harbor at Fremantle with new orders to steam to either Burma or Calcutta, India. Almost immediately however, she was rerouted to Tjilatjap, Java (confusion reigned at the highest levels) where she was scheduled to arrive on 28 Feb 1942.

At 0700 on the morning of 27 Feb, Langley rendezvoused with her anti-submarine destroyer escorts USS Whipple (DD-217) and USS Edsall (DD-219) about 100 miles from her destination. Two hours later the Langley and her escorts were spotted by an enemy reconnaissance plane. Shortly before 1200, sixteen (16) Mitsubishi G4M “Betty” bombers of the Japanese 21st and 23rd Naval Air Flotillas and escorted by fifteen (15) A6M Reisen fighters began attacking Langley. She was about 70 miles from her destination. The Langley was initially successful in dodging the falling ordinance, but eventually she was hit by multiple bombs sustaining fatal damage.

1st L William Kennedy went missing as a result of the sinking of the U.S.S. Langley by enemy action on 27 February 1942. He is memorialized at Manila American Cemetery in Fort Bonifacio, Manila, Philippines

Pictures below from the Milligan college, Yearbook 1937. 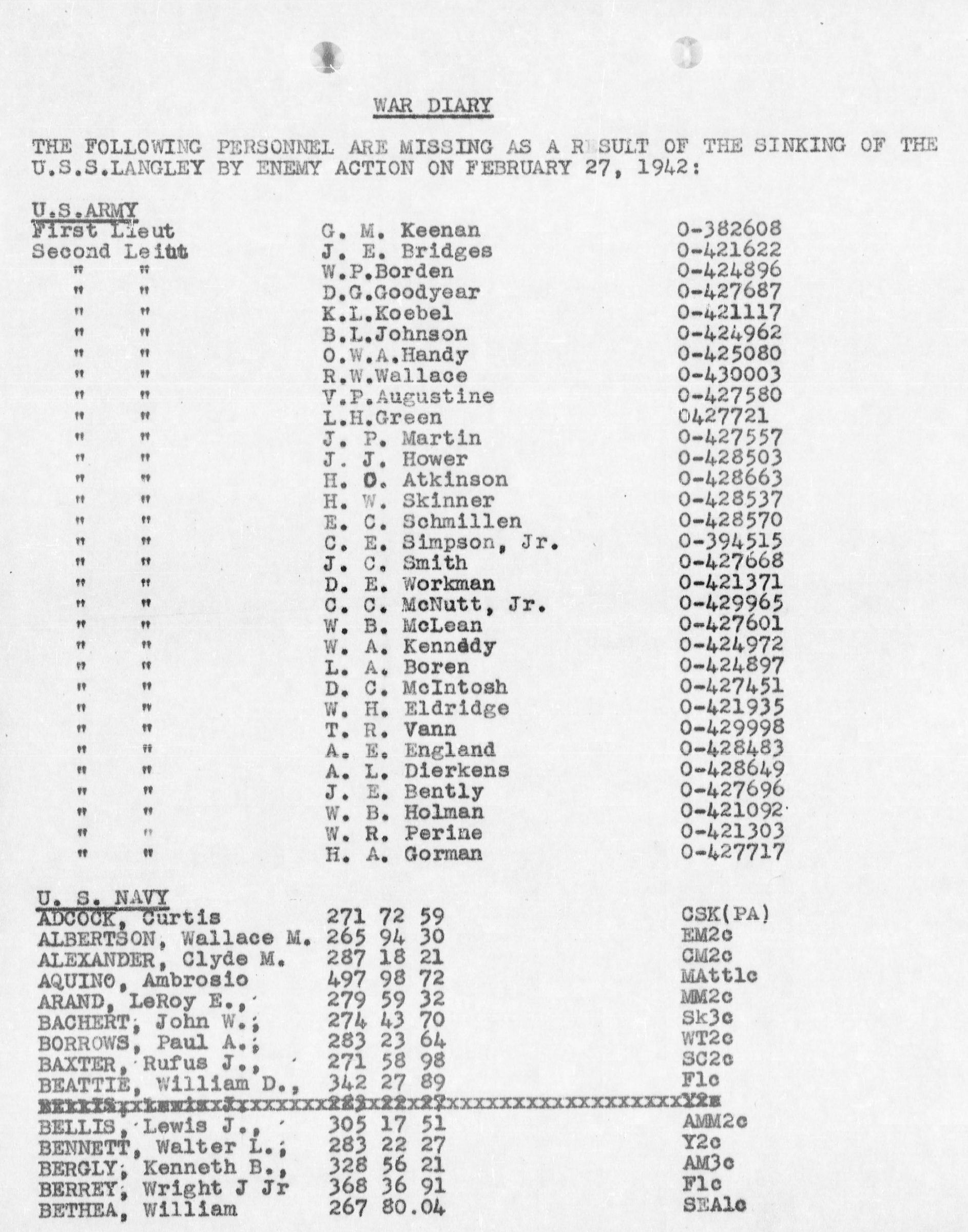 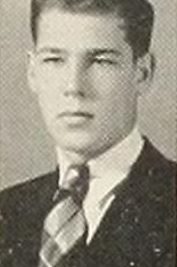 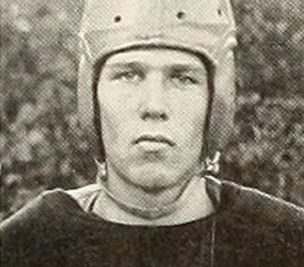