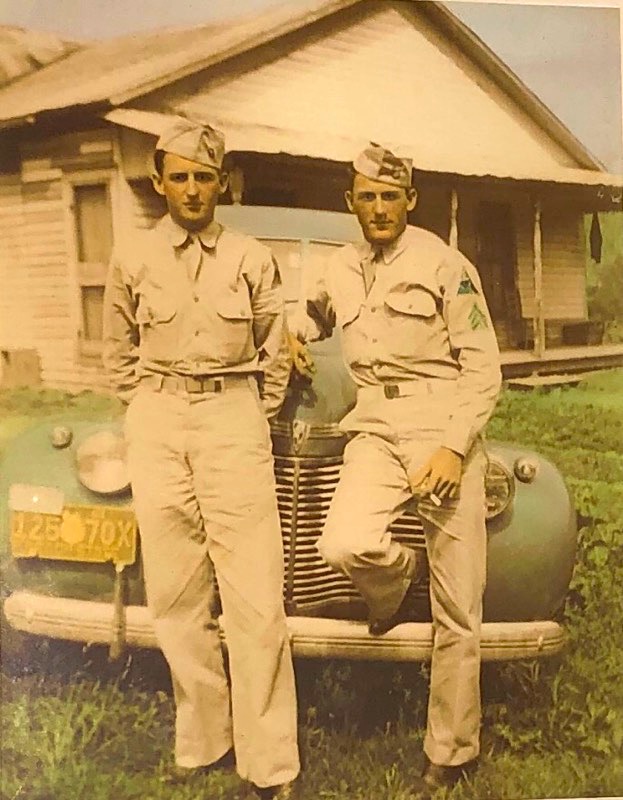 He was my mother Mildred’s brother.
–Submitted by Lisa Parker

He was my great-grandfather’s brother and my grandpa’s uncle. I’ve heard many stories about him. He was a great man. I hope one day I will be able to visit his grave to honor his sacrifice.
–Submitted by his great-grand niece, Kirsten Marlow

Clinton Courier News, September 21, 1944
Mr. and Mrs. Charles Marlow of RFD 2, Clinton, have been advised that their son, S/Sgt Willard Marlow, died Aug. 8 of wounds received in France. Marlow, only 20, had served four years in the Army, of which time he was overseas seven months. When Marlow was 17 he left Robertsville and volunteered. For a time he served as a gunner in the air corps, and then was transferred to the field artillery. A brother, S/Sgt Charles Marlow, is in Italy. 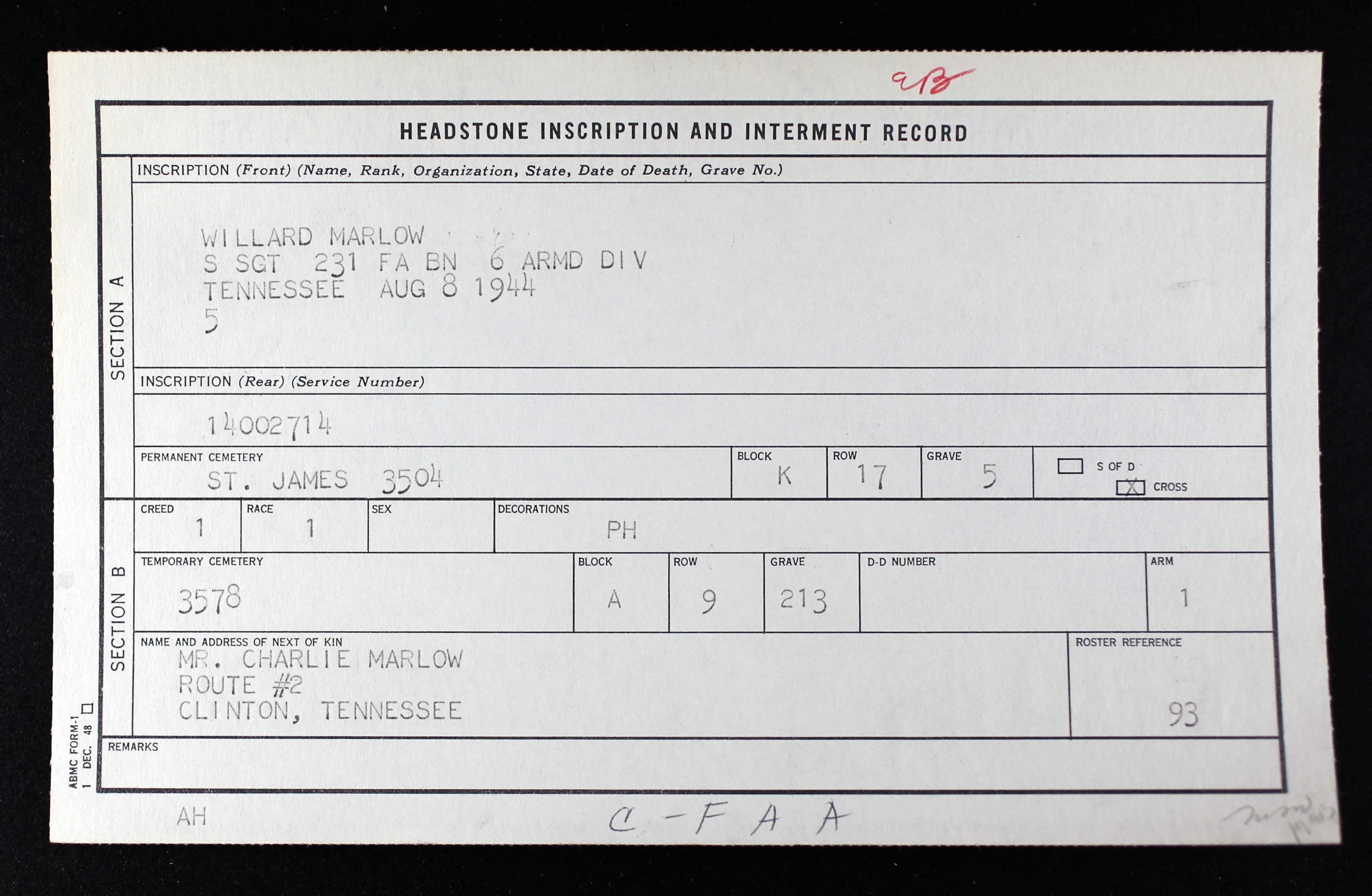 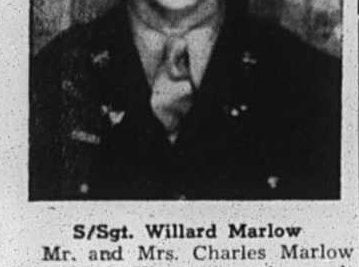