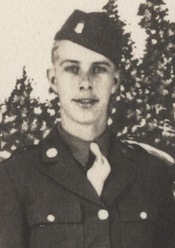 He is buried at the American War Cemetery Ardennes, Grave number Plot B, Row 37, Grave 1

Aircraft B-24H with serial number 41-28720 was on a combat mission to Berlin in Germany.

Biography –
Provided by Jerry Lowman, a Brother:
Letters to my mother Willard’s Mother and Sgt. Freeman’s mother from some of the crew sent after being released from POW camps said that both Sgt. Lowman and Sgt. Freeman were killed by the fighter attacks aboard the aircraft. I believe all the other crew members bailed out and were captured. Willard remained MIA until 1946.

Source of information for the following is from the Biography at the American War Cemetery, Ardennes:
We were hit by flak near Hannover. The oil pressure on No. 4 engine began to drop. Near Berlin the turbo on No. 2 engine went out and we were forced to salvo our bomb load. As we were leaving the formation, I called Lt. Lack and asked for a course back to England. He gave me a course. I heard him talk to FO Daskam. I called later while we were under attack, but they never answered. Fighter protection was called for, but never came. The enemy fighters, ME-210’s, I believe picked us up and made numerous attacks to our tail and waist [areas]. When the plane caught fire, Lt. Adamson told me to give the order to bail out. When I left the plane, Lt. Adamson was standing with his parachute on. The plane crashed about 200 feet from where I landed and there was one chute wrapped around the tail. The crash took place on the outskirts of Finsterwalde, Germany.
According to Sgt. Forbes, Sgt. Freeman was hit in the first attack.
Source of information www.458bg.com 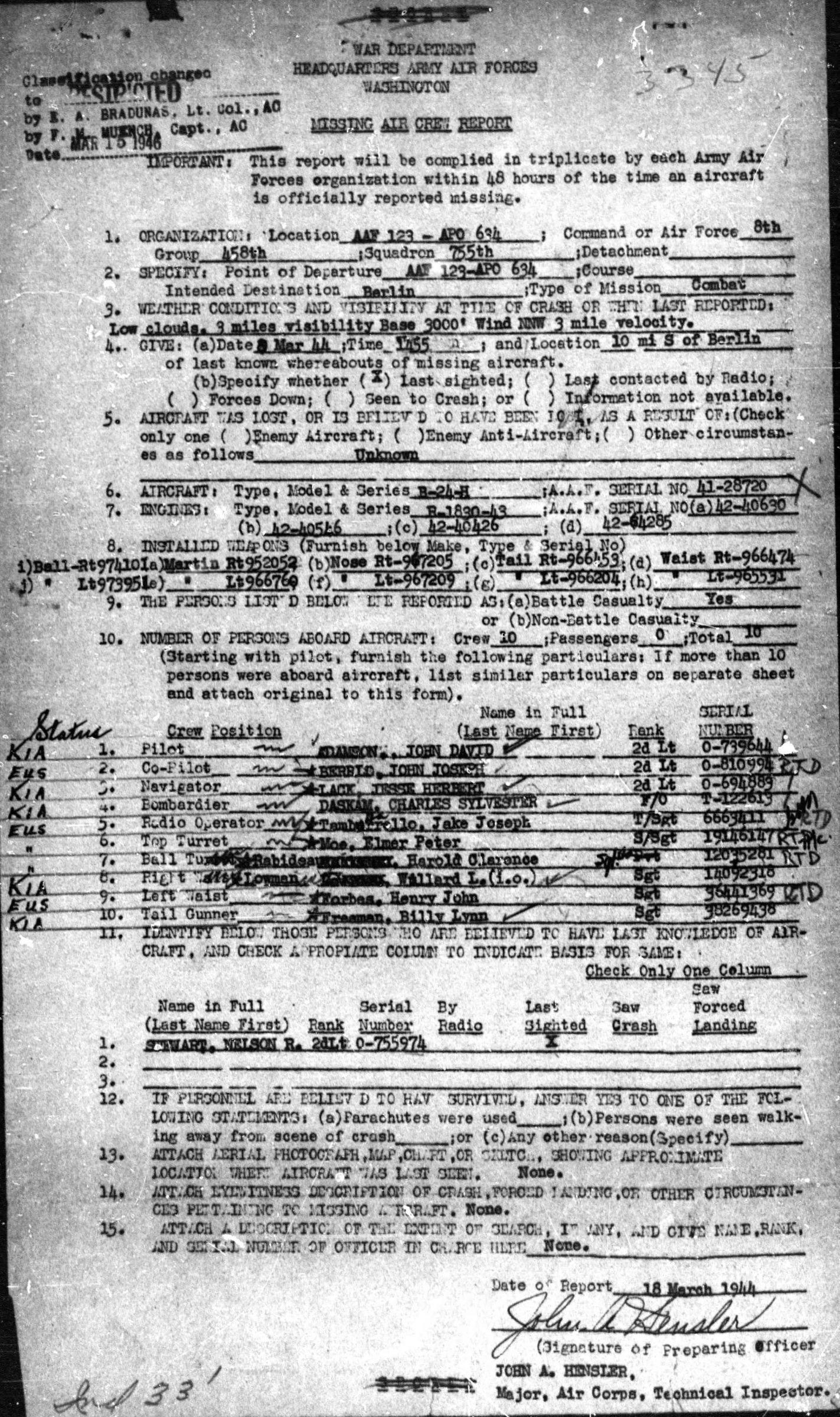 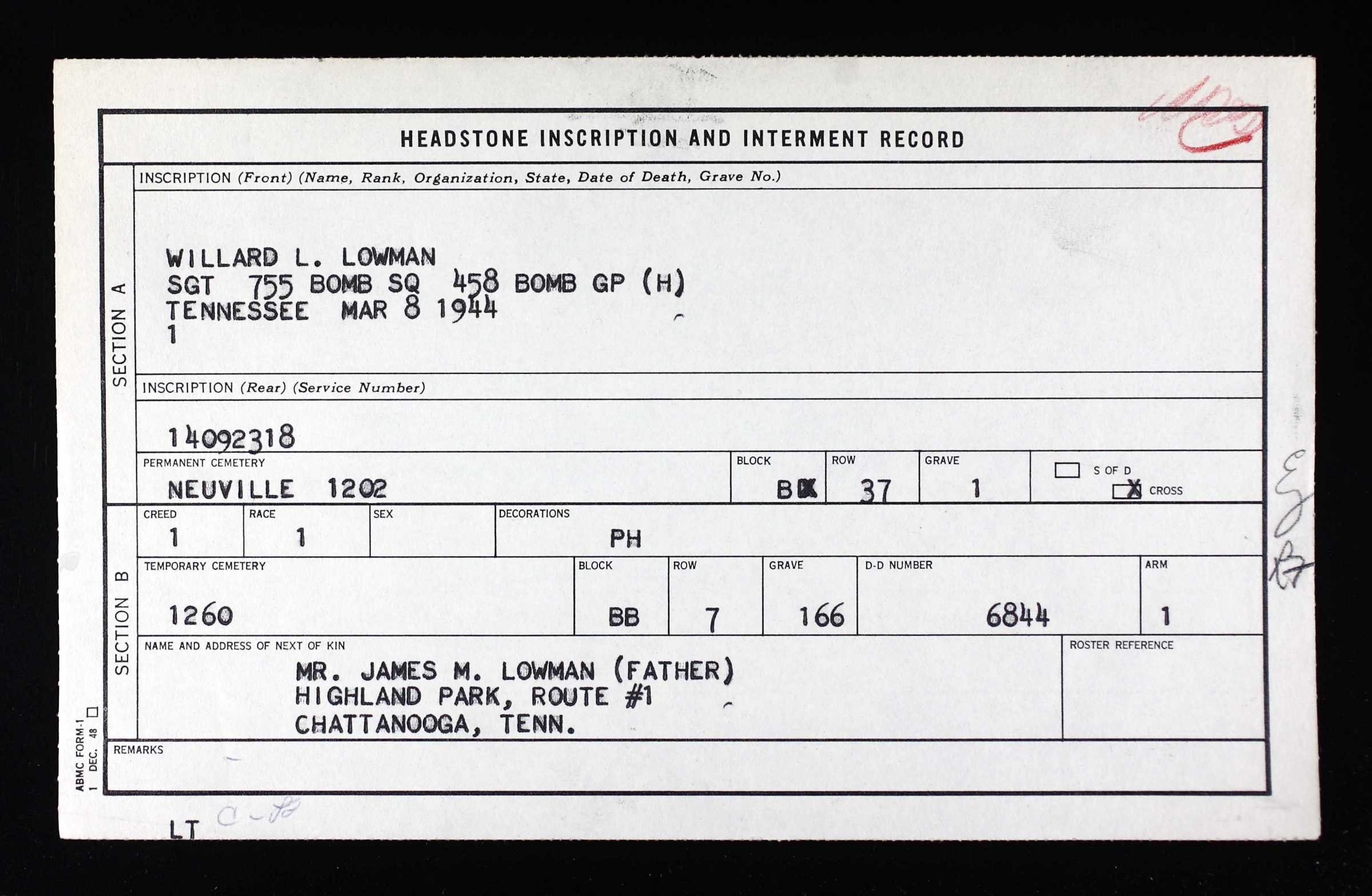