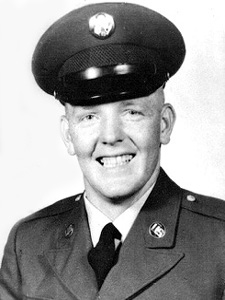 SP4 Willard David Arnold was born on April 5, 1947, and was originally from Fort Oglethorpe, Georgia. Serving his country in Vietnam in the United States Army, Sp4 Arnold was a member of A Company, 1st Battalion, 5th Cavalry, 1st Cavalry Division, where he was an armor radio mechanic. His tour began on March 20, 1966. SP4 Arnold had been serving for a little less than a year when he was the victim of arms fire in Binh Dinh, South Vietnam. He died on February 11, 1967, at the age of 19, leaving behind a young widow and other members of his family.

Sp4 Arnold is buried at Chattanooga National Cemetery in Chattanooga, Tennessee, and is memorialized on the Vietnam Veterans Memorial at Panel 15E, Line 16. 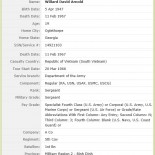 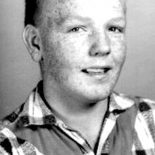 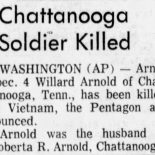