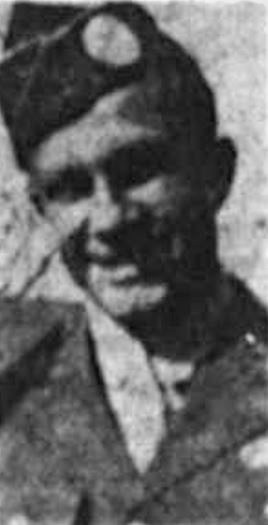 Private First Class Willard B. Caughron was born May 3, 1917. He graduated high school and by age 23 was living in Nashville and was an actor. Some military records indicate his last name as Caughran.

Willard joined the US Army on September 16, 1940 in Nashville, Tennessee and after basic training was assigned to the 502 Parachute Infantry, 101st Airborne Division.

Private First Class Willard Caughran was hit by machine gun fire from the rogue tank that was attempting to break back through the lines. He was killed on Christmas Day, December 25, 1944 at Champs, Belgium

He was returned home and is buried at Shiloh Memorial Cemetery in Pigeon Forge, Tennessee

The Knoxville Journal, January  20, 1945
Pfc. Willard B. Caughron was killed in action Dec. 25 in Belgium, according to word received by his sister, Mrs. Trula M. Christopher, 133 Bruce Street, Sevierville. 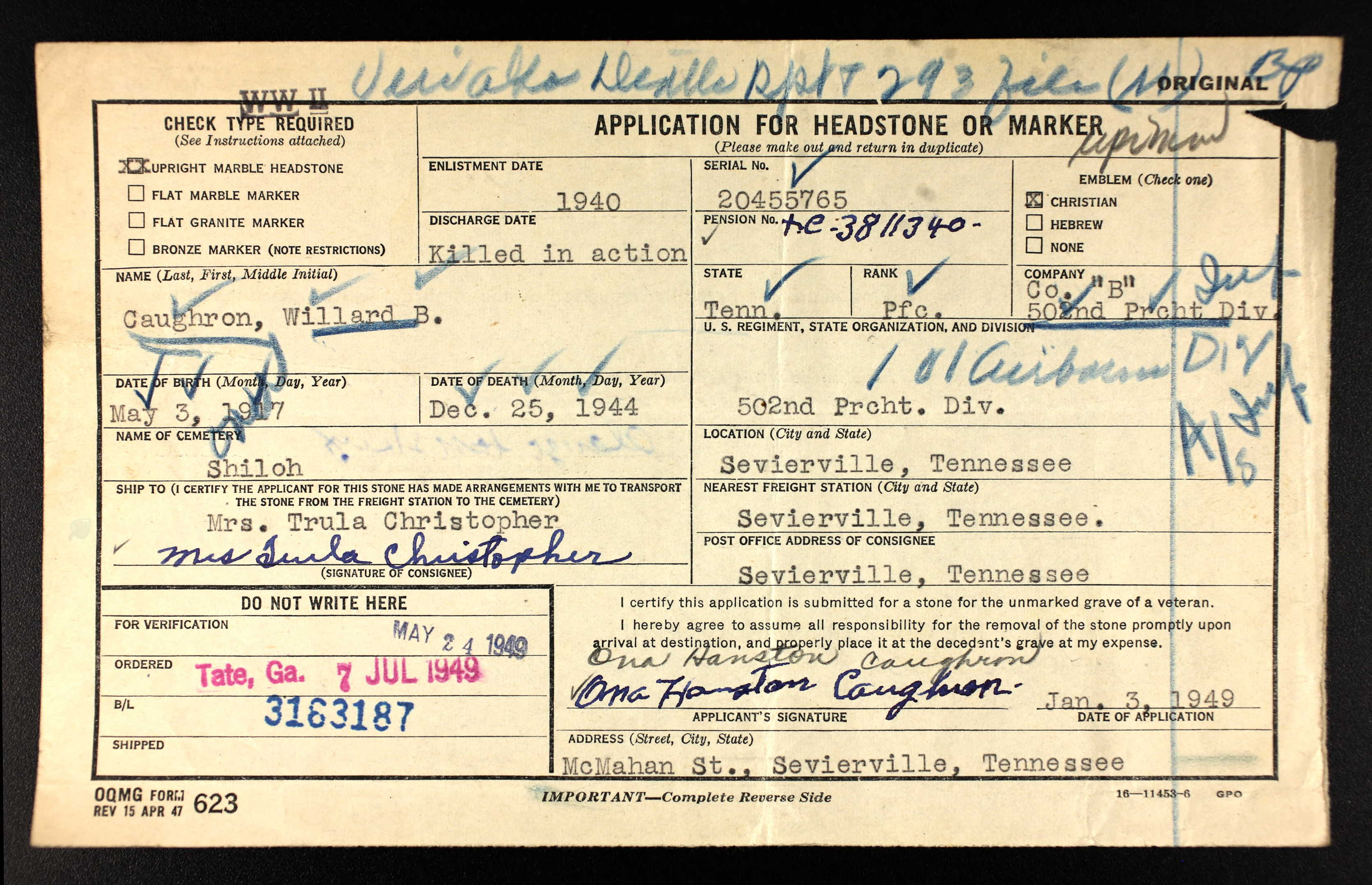 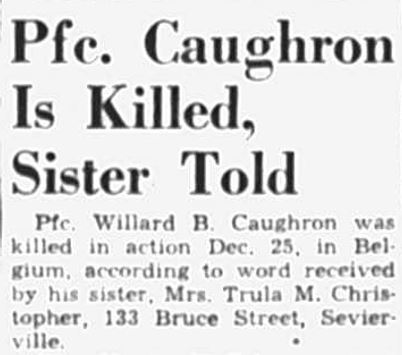