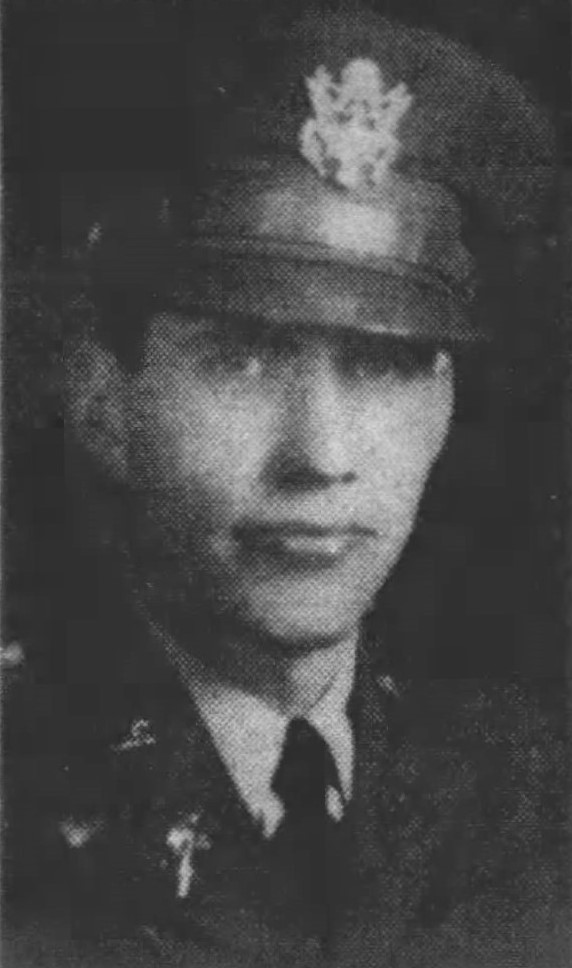 Captain Wilfred T. Chandler was killed in action in Normandy on July 7, the War Department has notified his wife, Mrs. W.T. Chandler, Fort Sanders Manor, Knoxville. He entered service in 1940 with the National Guard Unit here and went overseas in March of this year. He had been made executive officer of his battalion and had been recommended for promotion to Major. W.T. was enrolled in the school of Business Administration in 1931 and 1932. Surviving , besides his wife are two children, Brooks and Judith; his mother, Mrs. J.B. Chandler; four brothers, Richard, Thomas, Pvt. Edward, and Representative George Chandler; two sisters, Mrs. W.J. McCoy and Mrs. Joe Adams.

The Knoxville Journal, June 25, 1942
Wilfred T. Chandler, son of Mrs. J.B. Chandler, 413 Chamberlain Street, has just been made a captain and put in command of Headquarters Company, 117th Infantry, Fort Jackson, S.C. When company commander of Knoxville High A Company in 1929, Captain Chandler won the American Legion trophy for the best drilled company.

The Knoxville Journal, May 26, 1948
The body of Capt. Wilfred T. Chandler, killed in action near St. Lo, France on July 7, 1944, will arrive in Knoxville. Captain Chandler was the son of Mrs. J.B. Chandler, a member of the faculty at Tennessee School for the Deaf. He was in the National Guard at the start of the war, and was commissioned at the time the Guard was called into national service. He trained at various post in the Southeast and was promoted to captain before going voerseas in 1944. He served with the 117th Infantry, 30th (Old Hickory) Division. At the time of his death, he was acting as executive officer of his battalion and had been recommended for promotion to major. He was 34 years old.
Captain Chandler was a graduate of Knoxville High School where in his senior year, 1929, he was captain of ROTC Company A and won the American Leigon medal for the best drilled company of that year. He attended the University of Tennessee, leaving there to enter business with his brother in the Chandler Printing Company. Married to the former Helen Wellman of this city, he is survived by two children, Brooks and Judith, of New Orleans. Other survivors, in addition to his mother, are two sister, Mrs. W.J. McCoy Jr., of Knoxville, Mrs. J.G. Adams of Asheville, N.C., four brothers, George, Richard, Thomas and Edward, all of Knoxville. 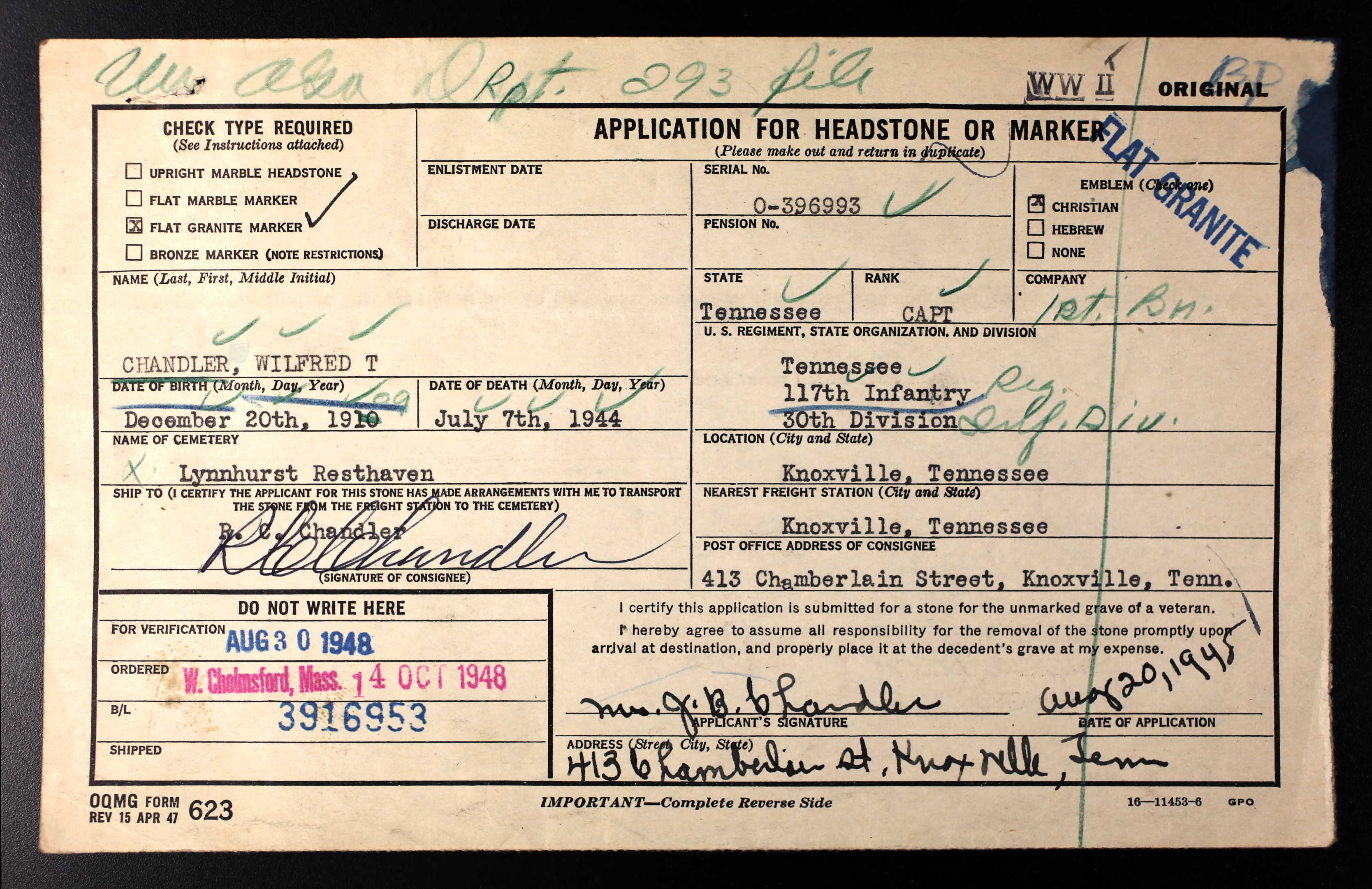 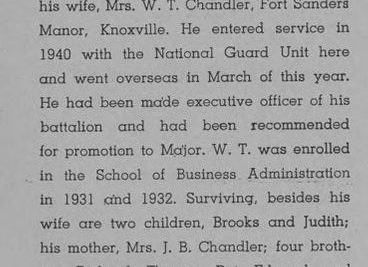 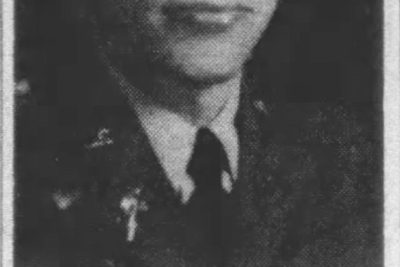 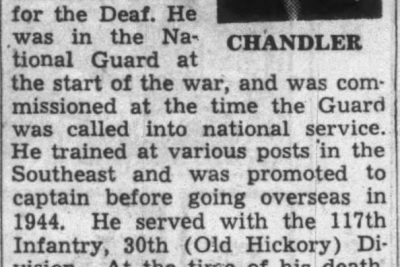