Wiley Jackson Tipton was a member of the 17th Infantry Regiment, 7th Infantry Division. He was Killed in Action while fighting the enemy in North Korea on November 14, 1950. He was the husband of Vera Imogene Carver and father of Myrttle Fay Tipton.

The Maryville and Alcoa Daily Times, December 1, 1950
Sfc. Wiley J. Tipton, 35, of Townsend was killed in action in Korea on November 14, according to a telegram from the War Department received by his parents, Mr. and Mrs. Joe S. Tipton of Townsend.
His survivors include a widow, Mrs. Vera Carver Tipton, formerly of Townsend, and five children, Myrtle Faye, Joseph Daniel, Dora June, Nadine and Wiley J. Tipton Jr. the oldest child is 12 and the youngest is three. The widow and the five children are in Japan where they moved when Sgt. Tipton re-enlisted in the U.S. Army following his discharge after World War II.
Sgt. Tipton attended elementary and high school in Townsend and was for a while employed by the Aluminum Company. He enlisted in the Army in 1943 and was in the European theater with the Third Army under General George Patton. No details of his death are know by his parents. The last word received was a note written his wife early in November. He told her he was then stationed on a lookout post near Manchurian border and spoke of the “bitter cold”.  He had sent his love to his “Mother and Dad”. He was with the Seventh Division in Korea. Sgt. Tipton leaves two sisters, Mrs. Joseph Ruth Hubbard of Townsend and Mrs. Nedja Teffeteller, Walland Highway. 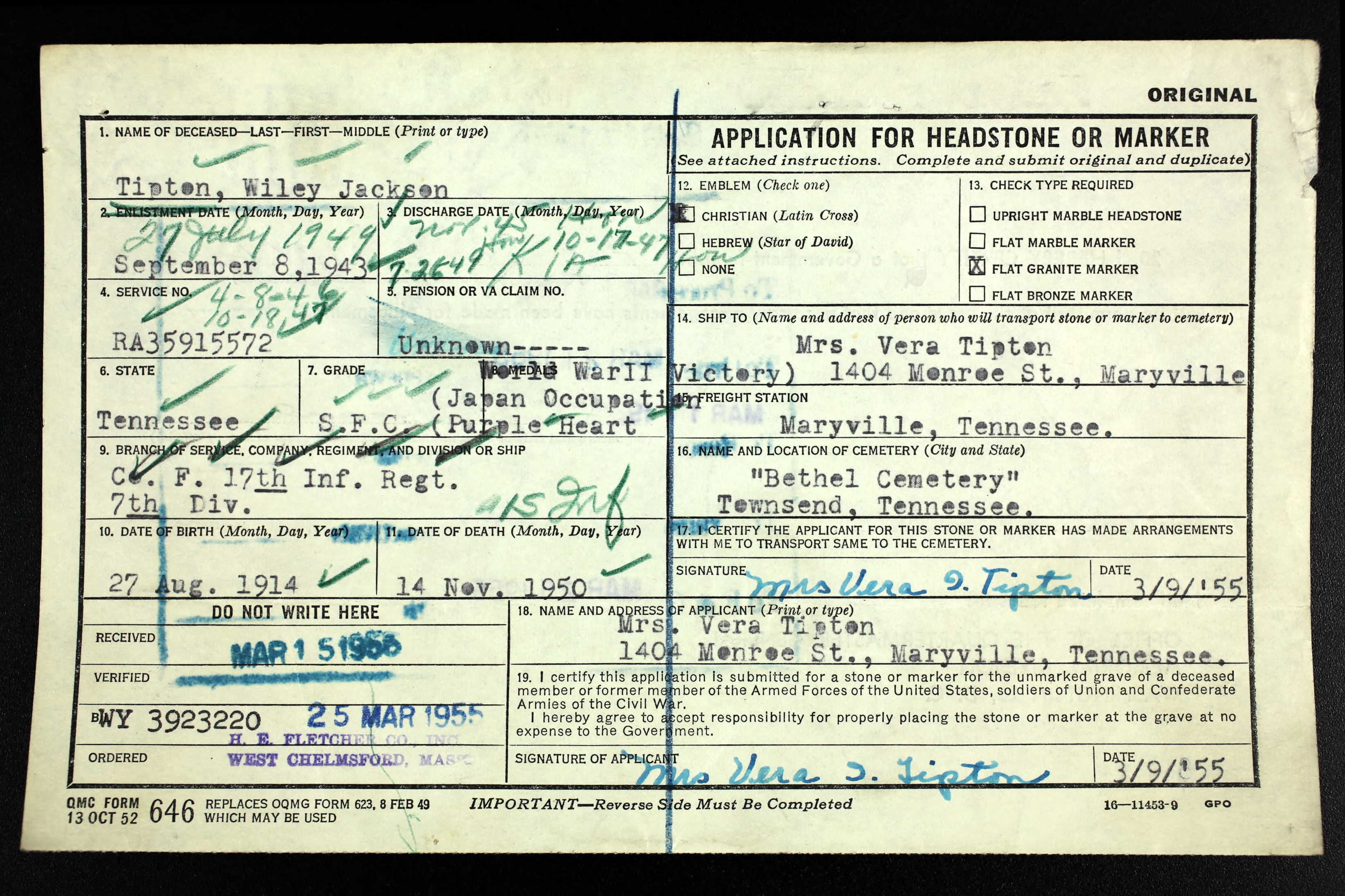 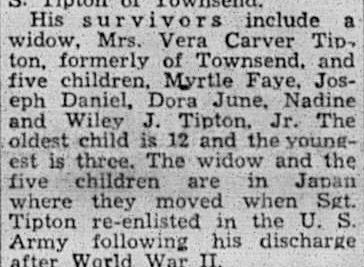 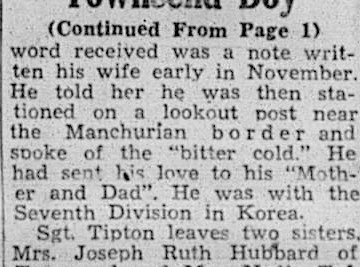