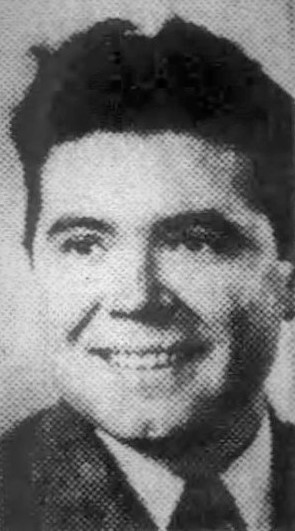 Enlisted in the armed services during World War II on October 13, 1942, and was relieved from active duty on November 24, 1945.

During the Korean War, Lt Snow was recalled to active duty on August 24, 1950 and served with the 62nd ASF Troop Carrier Squadron.

2nd Lt. Snow died on September 13, 1950 and was returned to the United States. He was buried at Oak Grove Cemetery in Rockwood, Tennessee.

The Knoxville Journal, September 17, 1950
Second Lt. Wilburn C. Snow, 31, husband of Mrs. Juanita Walker Snow, Rockwood, was killed Wednesday in a plane crash somewhere in Japan. Lieutenant Snow, son of Mr. and Mrs. Lark Snow, Route 3, Rockwood, was recalled to active duty at Smyrna Air Force Base only last Aug. 24, and left for Japan six days later. He had been on active duty only two weeks when his plane was destroyed by a typhoon in Japan. His wife, parents, one brother and two sisters survive him. 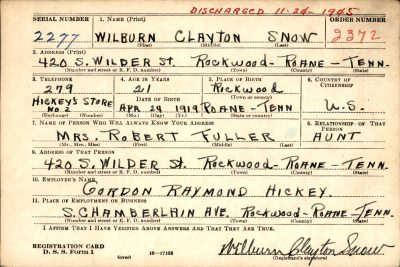 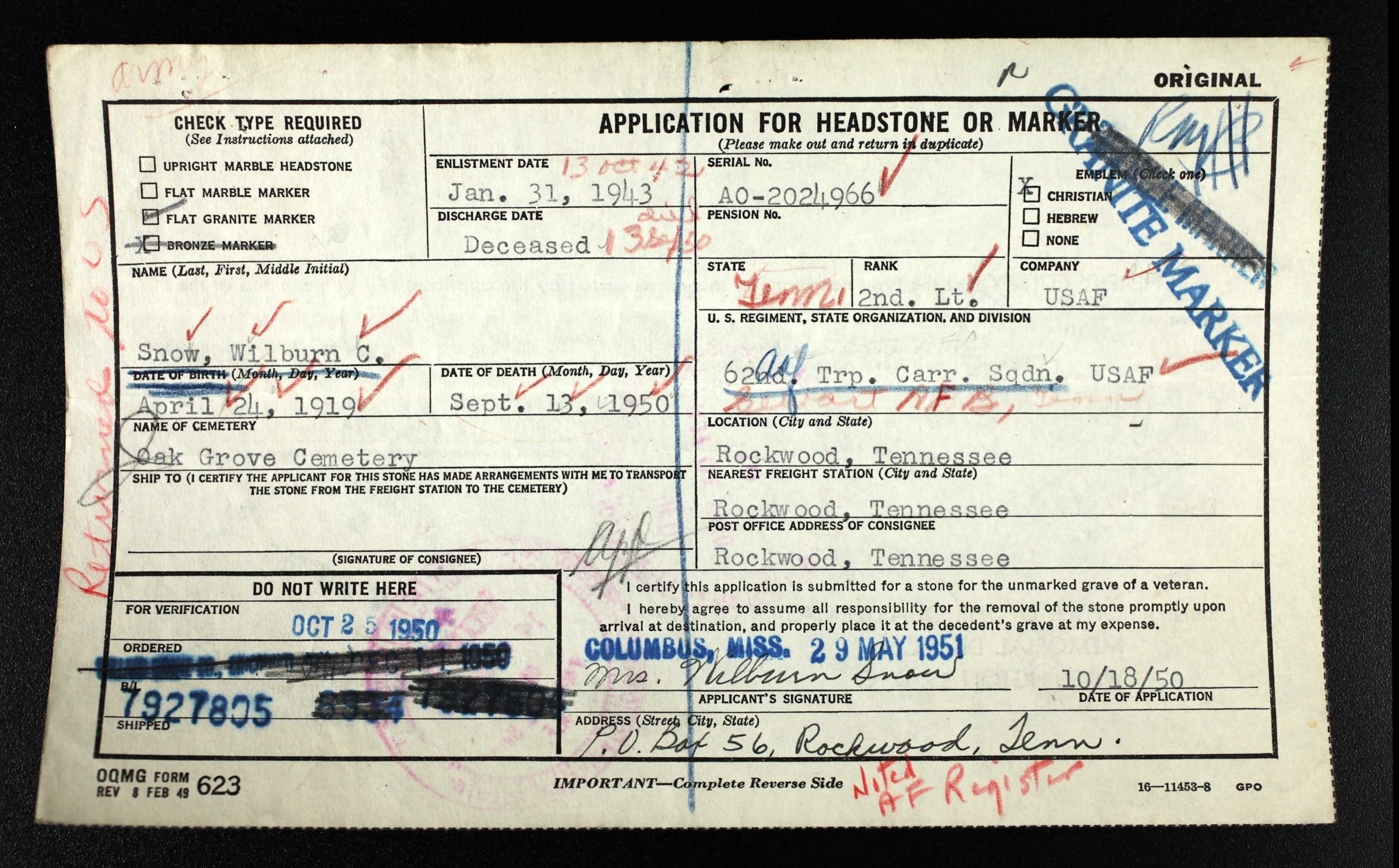 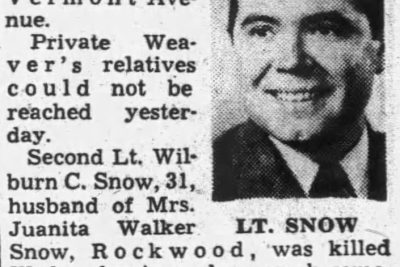