Staff Sergeant Wilbur C. Connatser was born on January 18, 1923, and was raised on a farm in Carpenters Campground in Blount County, Tennessee. His parents were Stuart C. and Lillie F. Connatser. His siblings were Iva Connatser, Bertha Connatser, Cecil Connatser, Elizabeth Connatser, James Connatser, Ruth Connatser, and Neoma Connatser. He enlisted in the Army Air Corps for service in World War II on January 9, 1943. He served in the Pacific Theater in the 874th Bomber Squadron, 498th Bomber Group, Very Heavy. He died on 24 May 1945 and officially declared dead on 25 May 1946, and is memorialized at Honolulu Memorial in Honolulu, Hawaii. He is buried in Kagleys Chapel Cemetery in Blount County, Tennessee. He was awarded an Air Medal with 3 Oak Leaf Clusters.

Aircraft B-29 with serialnumber 44-69852 departed from Saipan on a bombing mission to South Tokyo, Japan.

Eyewitness statement
T-Square-26 took off from Saipan, Marianas, at 1957, 23 May 1945 as pathfinder for following aircraft. Observers reported a number of aircraft going down over the target. No sight of or radio contact was made with T-Square-26 after take-off. Heavy Fighter opposition and moderate flak were reported by aircraft following. 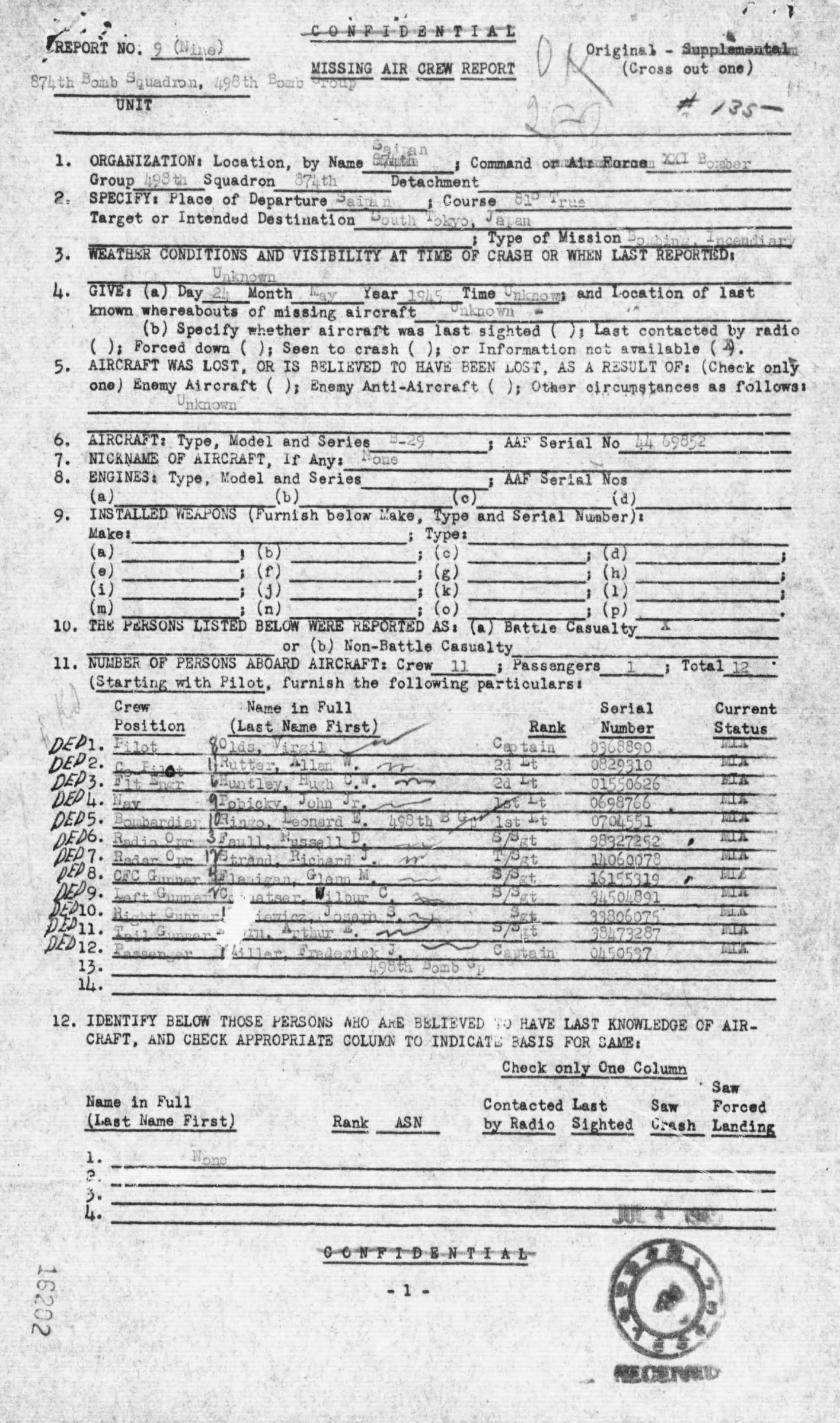