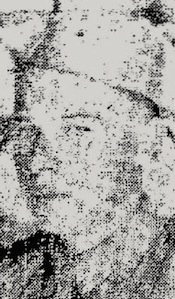 Private Whitsel R. C. Brown was assigned to the 116th Infantry Regiment, 29th Infantry Division. The 116th landed on Omaha Beach on the 6th of June and was the first unit to reach the bluffs beyond the beach. It then began a slow battle through the Bocage of the Normandy countryside. Private Brown was killed in action on 24th of June 1944 and is interred at E,15,41, Normandy American Cemetery, Colleville-sur-Mer, France.

The Kingsport Times, 27 August 1944
Private Brown had been in service one year and overseas one month. He was employed at the Kingsport Pross before entering service. He enlisted on 17 June 1943 at Fort Oglethorpe, Georgia.
Surviving are his mother; four brothers, Pvt Ralph Brown, also serving in France, Junior Brown, Basil Brown and Ray Hampton Brown; one sister, Miss Lucile Brown, Johnson City Highway and his step-father, Charlie Sexton. 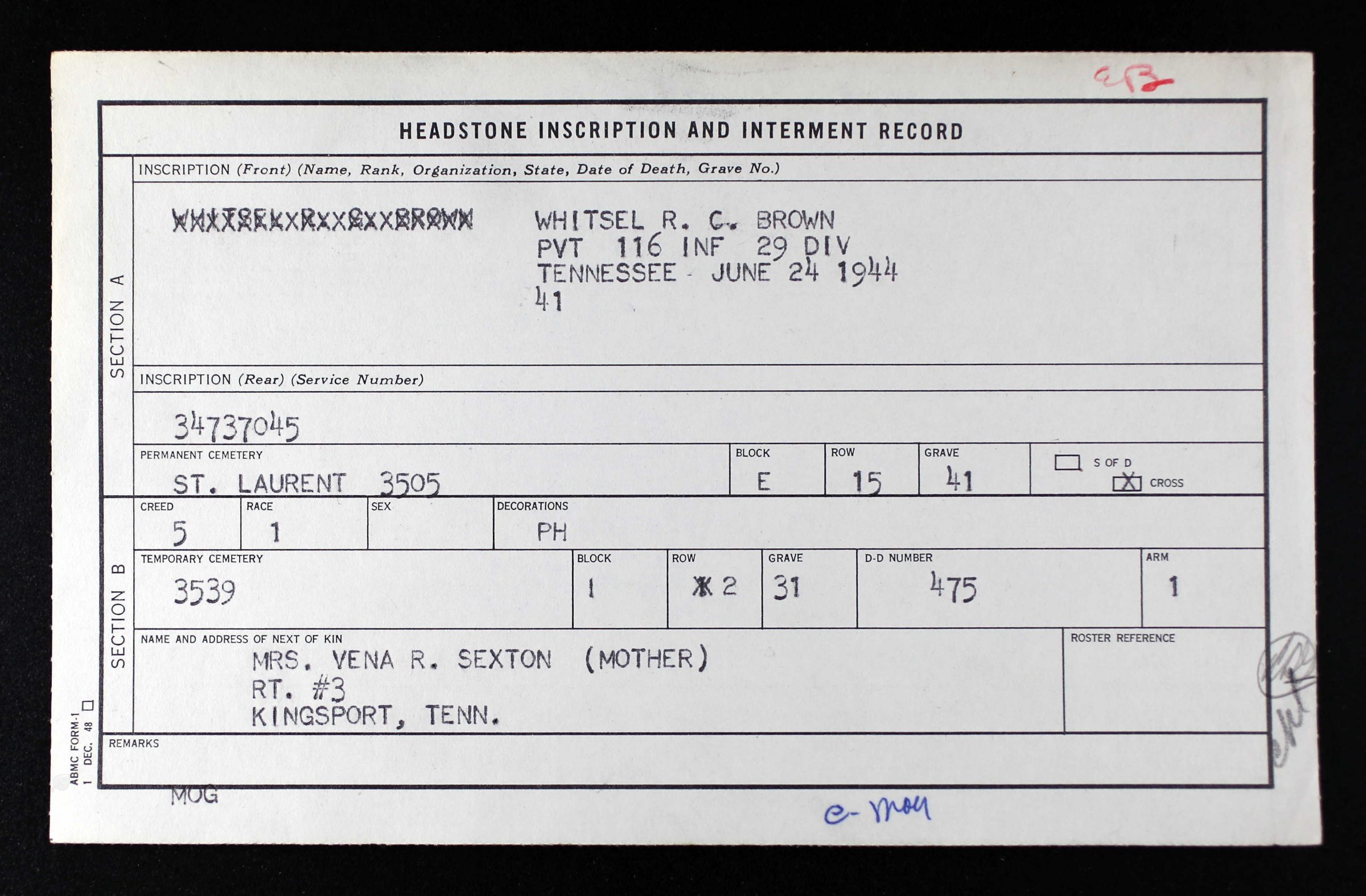 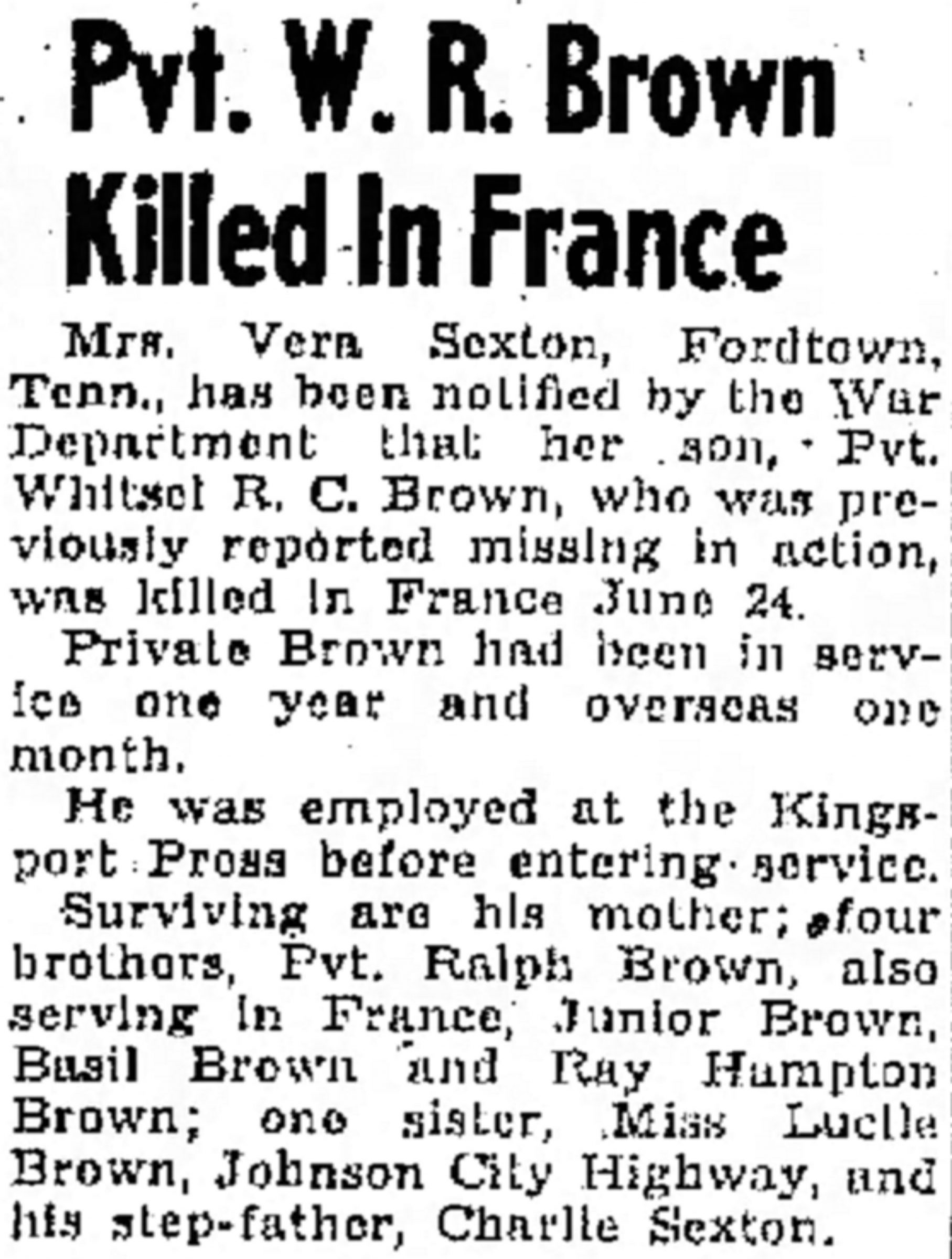