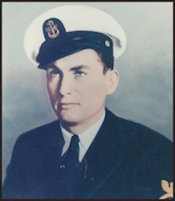 Wesley James Holden was stationed on the U.S.S. Canopus AS-9 in the Philippines on December 7, 1941. He fought with the 4th Marines on Bataan and Corregidor. He was captured May 6, 1942 and spent 3 years, 4 months as POW of the Japanese at Osaka Main Camp Chikko Osaka 34-135. He spent 19 months in Korea in the Seabees, during the Inchon and Wonsan Invasions.

Wesley J. Holden was married to Daisy May Holden.

I was a friend of Chuck while he was still on active duty in San Diego. Chuck was US Navy not Air Force as listed on this file. He was a CPO and ran a small boat at the Navy Amphib Base, Coronado. He was a good guy. He never mentioned being a POW to me and I was only told this by my Mother (Kathleen Everett ) who knew Chuck also. I have just found this info today and am sorry I did not attempt to contact him some years ago. He is gone but not forgotten.
–Submitted by Bob Baird

Wesley Holden was my great grandfather and my inspiration to enlist into the military. Although I know I will never have to go through anything as tough he did, I just hope that I’m making him proud.
–Submitted by Anthony Simpson 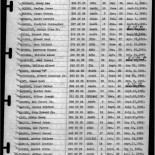